Less than a year and a half before Leon Caldwell and fellow members of his class arrived at Lehigh to start the 1987-1988 academic year, first-year student Jeanne Clery was raped and murdered in her dorm by a fellow student, Josoph Henry. She was white; he was black.

Caldwell: Not only did I not have a clue, half my freshman class had no idea what had happened [in April 1986]. … We didn’t pay attention to the news going on at Lehigh. We didn’t have any idea. ... There was no indication that this had happened and that this campus was in this huge upheaval.  And ironically, none of our parents actually knew either or didn’t say anything at least. ... I don’t think I really realized until maybe sophomore year what had happened, because the students who were there ahead of us who stayed, they were still traumatized and scared to talk about anything, because you had this horrible thing that a person they knew did.

Worgs: It was the most horrible crime you can imagine, and it also kind of reinforced racial stereotypes. … It was very hostile for the students who were there through that period, but we didn’t necessarily see it directly targeting us. It sort of lived on and through stories and then just kind of the dynamic that was real.

Sharon Brown, then assistant dean of students: There were never any hate-crime-related situations as a result of that. But there certainly was kind of a tension that one may have felt.

Brown: First-year students were assigned. Everybody else went into a lottery system. You identified who you wanted to live with, where you wanted to live. If you’re only less than 3% of the population, and you go into that lottery system, it’s kind of unfair when there’s no critical mass. So one of the things that happened … students would be assigned to different places all over campus. You might be one or two in this particular building. Somebody else is over there.

Caldwell: In the lottery system back then, chances were only one or two of us would have been assigned on-campus housing after our first year. We’re talking about 29 African American first-year students, now in their sophomore year, looking for a place to live.

Worgs: As I recall, the dynamic was that black students, after their freshman year, would all move off campus. Just about everybody. And the thing was, we didn’t really feel incorporated into campus life. Folks would sprinkle around in different apartments or houses. A group of us were living together in off-campus housing. ... We all wanted to be together and live in a more comfortable space. It was actually working very, very well.

The place was on Ridge Street, and there were probably six townhouse-style apartments. Out of the six, four of them were occupied by us. It was an enjoyable space. Leon [Caldwell], Sterling [Ashby], myself and Glenn Myers were in one apartment. ... I bring it up because we kind of tested the [Umoja] concept unknowingly the year before it actually opened. We wanted to be in a space that was comfortable, and we were doing it there.

Caldwell: We had created a really nice, tight-knit group through the Challenge for Success Program, which is a summer pre-entry program. We started to form relationships that continue to this day. … The relationships were critical at that time, particularly when you’re in an overwhelming minority position. You seem to find each other, and culturally, you end up protecting each other and supporting each other and being in a position where you could see yourself in your peer.

Worgs: The conversation being brought about was: How could [Lehigh] get black students to stay on campus? It had become a discourse. … There was definitely a tension in terms of what it meant that all the black students were leaving campus after their freshman year. As that conversation unfolded, they asked us what would get us to come back, and we said that we would do it for a house. Leon was the one who really led that effort.

Caldwell: I spent a lot of time at the University of Pennsylvania in between basketball games and off season [Caldwell was on the basketball team at Lehigh]. My girlfriend at the time was a student at Penn, and the university had the Du Bois College House. It is basically an intellectual space for African American students. It was a dorm … but it was also the hub for lectures and events and parties. I spent a lot of time over those first two years at Du Bois House hanging out, attending lectures and debating with Penn students the state of black America. I was thinking, This is really great. All the black students come here, and people who don’t live here come here. It’s where you go hit the lectures. This is where you get access to the faculty. It was a great experience, and I thought, wow, this is definitely something we should have at Lehigh …

I pitched the idea to a couple of my friends—and you know, everything sounds good until you actually come to execute (laughs)—and then figured out that nobody else is gonna do it. That’s when I just started putting the pieces together. I talked to [Assistant Dean of Students Sharon] Brown, and she was supportive. I got a bunch of students to support the idea, but nobody really knew how to do it. And then, it was Henry Odi [then associate director of residential services] or David Joseph [then director of residential services] who I think I went to about it. 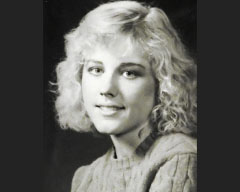