Brown: The Umoja House kind of became the mecca for gathering spaces. The house became the place where my office hosted a lot of events—Lehigh/Lafayette black alumni after-game dinner, welcome-back gathering for students of color … talks on apartheid with Dr. Molefi Kete Asante from Temple University [and more].

Johnson: It was a social hub. Very quickly you kind of learn where the upperclassmen are. When I was a freshman, freshmen couldn’t live at the house. So I think I learned about it through a friend who was going over there to visit. And the first time I visited, that was it. I was hooked. …

I didn’t fare well academically for a long time. I was kind of going through the motions until I found theater some years later. But in those early days, [Umoja House] was that place of comfort and support for me. So I found myself there a lot, and often.

Worgs: It really brought the students together. It gave us a space to congregate and connect. … We couldn’t do that in different dorms, because folks would be scattered, and you wouldn’t have a central place. You couldn’t really do it off campus. You wouldn’t have a big living room that everybody would go to and in a central location.

That’s probably what I valued the most, just us being able to be in that space and to connect and relate and have small, intimate conversations and informal conversations. And when I say us, I don’t just mean the people who lived there. I mean the broader campus of black and Latino students were able to have a place where we could build and bond and support each other.

Hipps, later a Gryphon: [It was] a refuge, a place where you could wind down and just be yourself. There are times in life when, if you’re coming from a different background and you just sometimes need someone to have a conversation and who’s going through the same thing that you’re going through, and that’s what the Umoja House was, an outlet for you to do that. Also, it was a place where you could educate others about your background and show others that even though we’re different, we’re not that much different than each other. 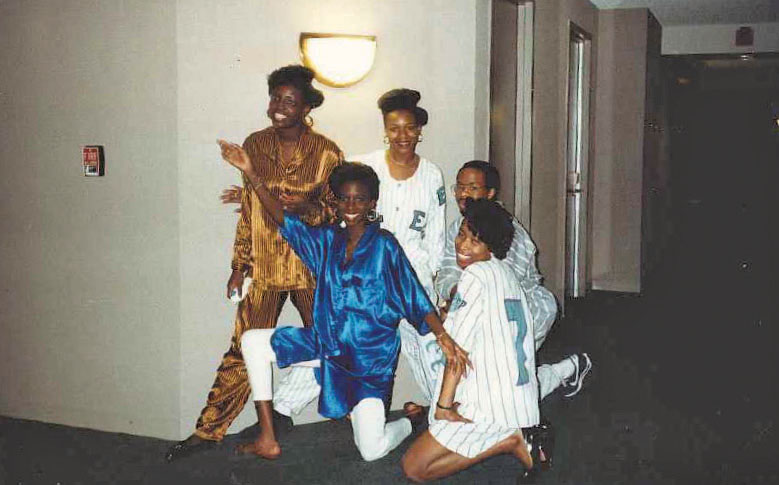 Johnson: I remember just being happy that when classes were over, there was somewhere else to go and gather and congregate, where I could find people who looked like me and had the same lived experiences I did. I came from New York City. I came from a really diverse place, and Lehigh was a different world in a lot of ways. Especially in those first couple of months, as for any first-year student, I was out to sea and trying to make connections, and the Umoja House made it a lot easier for me to make connections. That helped me gain my confidence as a student at Lehigh over time.

Worgs: I was surprised at how having the house really didn’t just incorporate us into living on campus, it really brought us into the campus life in a way that we hadn’t been before. The example I would use is intramural sports. We would always have a basketball team, like a BSU basketball team, but other than that we didn’t do anything else intramurally. We were really into our own thing.

But once we got the house, we had the space where we could congregate in off hours after school or whatever. And then I would mention, they’re playing flag football, do you guys want to play? And we were all, yeah, so we’d get a team together. They’re playing volleyball, and we had a team for that, and bowling, and it was all these different things that we had never done. ... It brought us to participate in the campus life in the way that we hadn’t.

Hipps: We had cookouts, and I loved the camaraderie … just having fun, just laughing and just being comfortable and feeling like, You know what? This is a great place and a great moment in time. 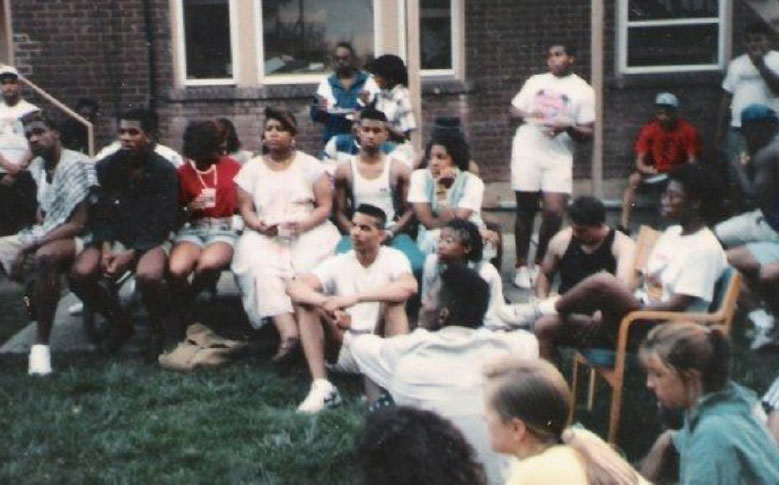 Johnson: There was always role modeling best practices for me, so even when I didn’t know what I wanted to study or how to study,  I would see people who were studying, who were thriving academically. They were resources as tutors, as just people in the back of my mind who I knew had it all together. Seeing that was important.

I didn’t realize at the time how important that was, but it was formidable because Lehigh isn’t easy academically. I would see people really working it out together and alone, studying all the time and socializing when they could, but they were also about their academics.

Umoja residents felt drawn together for some major new events. And celebrities stopped by.

Gibson: I recall a time when Nelson Mandela was being released from prison [on Feb. 11, 1990, after 27 years in a South African prison]. Someone in the house announced really loud to come downstairs. A few of us watched the live broadcast in the common area of Mandela walking out of prison to freedom.

Worgs: I remember [comedian] Martin Lawrence came one time to perform [at Lehigh] and, for some reason before the performance, he came to the house and was hanging out until it was time to go and do the show on campus. ... We had a great time hanging out with him. ... Rapper Chuck D from Public Enemy came. He’d done a lecture and then after the lecture he came to the house and he just hung out with us for hours, just talking, just hanging out in the kitchen, you know just chit-chat and exchanging stories, and it was so memorable because it wasn’t anything grandiose. We were just talking. … This happened because we had this space.

Later, in 1992, when four Los Angeles Police Department officers were acquitted in truck driver Rodney King’s beating, the house became a place for students to gather. By then, Johnson was living at Umoja.

Johnson: The Umoja House was the only place I could be, and that was the day where everyone showed up. There was no announcement made, go to the house. People found themselves there. …

We were a community there on that day, because we knew that, to feel safe and to feel understood and to just be with your friends that were like your family, that was the place to gather more so than the BSU room, or more so than somebody else’s house off campus. 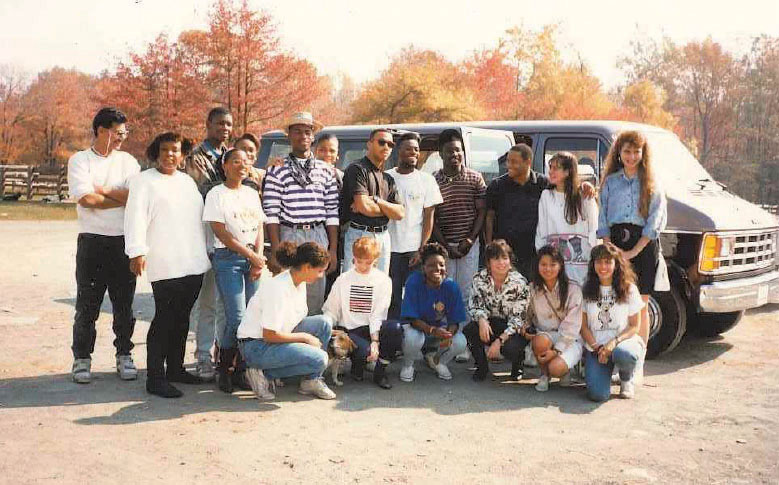