More conversations followed. Students went to visit Du Bois House, which Umoja House would be fashioned after. Brown helped students Caldwell and Ashby put together a written proposal to present to Lehigh officials to establish the house. Concerns about self-segregation persisted.

Brown: I had cited examples of other universities that had houses like this for students. I had to give examples, like, do we think that the Hill is self-segregating when students participate in fraternities? There was the Hillel House with Jewish students. I said, So we do have examples of the various groups living together. I said, I think we have to look at it as special-interest housing, where a group of students are living together to explore their culture, to live their culture.

David Joseph, now executive director of Student Auxiliary Services: I was the conduit on the housing side of things, making sure it would all work out within the overall housing system, that we had enough spaces available, and what type of housing made the most sense for the house at that time … and what met their needs the best. 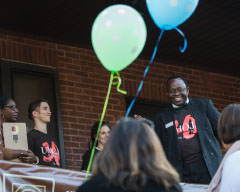 Henry Odi ’98G, now deputy vice president for equity and community and associate provost for academic diversity: I was one of the individuals who supported the effort behind the scenes ... as far as finding the building and then furnishing it. The building that was identified was Warren Square A, which, the capacity at that time was about 11 beds or so that we arranged to make this a home. We cleaned out the basement. … What we put in that space were printers, computers, to allow for them to do some work with technology support, and tables and chairs so they could study there. They could also party down there.

Worgs: When it came time to select folks to live in the house we were like, yeah we’re all for it. It was myself, Leon, Glenn and Sterling. We had been roommates, and all four of us were committed to the house, and then other folks were interested in joining.

Jerome Hipps ’92: I thought it was a very unique, different idea. After living as a freshman in the dorms, I just wanted to look toward some different options as to what I was going to do for my sophomore year. I said, You know what, this seems like a very unique experience. This is something I think I want to be a part of. 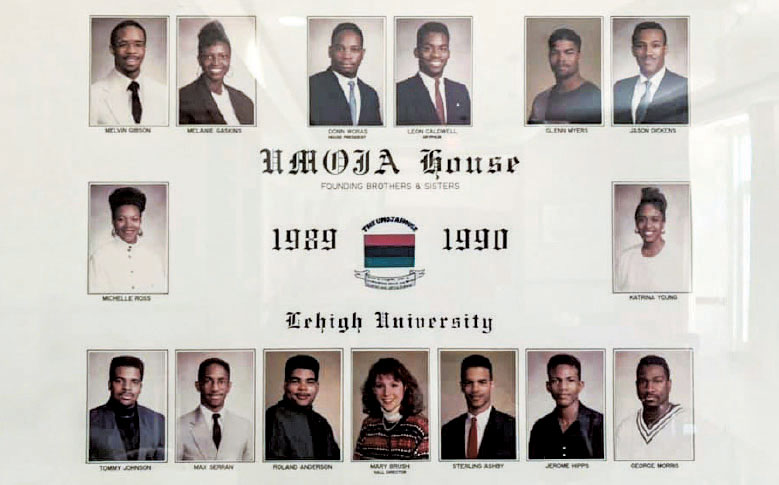 A framed photo of the founding members hangs in Umoja House.

Melvin Gibson ’90: I don’t want to say that I agreed to be a member at first. … But after giving some thought to the concept, it made sense to be a member of such a monumental event. For me, this housing would provide another location for people of color to socialize and have a place that could be considered a home away from home.  I believe we wanted to create additional avenues of support for our community. We had the BSU [Black Student Union]. … That was our space to be ourselves, it provided a sense of security and served to keep us motivated and engaged with the Lehigh community, in addition to the rigorous studies that Lehigh is known for. Umoja was a natural progression for our small community to live together to expand our supportive network.

Odi: Not every student wanted to live in the house. … Their concern was that they didn’t want to isolate themselves.

Gibson: Within our small community of people of color, there was excitement and uncertainty about how it would work. ... How would we mesh and how would the overall process be handled? But in the end, our initial hesitation vanished and we were able to fulfill the number of required occupants.

There’s always that initial fear of the unknown for anyone, and some students weren’t interested in the housing environment being offered. I think others wanted to continue to live within the normal parameters of the Lehigh community. For me, it was more about having housing for the upcoming years and participating in something worthwhile. If we had not met the required number of occupants, then we would not be here 30 years later.

Odi: A good number of the students in the house were also leaders on campus, so everybody looked up to them. There were some athletes in the group, and they were all very good students.

It felt like an extended home with my home.

Worgs: We had to select the [house] president, but I think everybody in the house practically was leading some kind of organization except me. And so I said, okay, I’ll do it. So I did it. I mean, it wasn’t really like a major election.

Worgs:  I think I did more than I expected (laughs). As I recall, I had to serve on the Residence Hall Council. … There were certain events that all of Warren Square had to do together, so I had to basically represent us in those kinds of activities. Internally, if we had house meetings and events, Leon probably did most of them, but I had to do some of that stuff too, like internal event planning or holding meetings. … We collectively made decisions, and we collectively organized activities. Leon, as the Gryphon, was the liaison with formal institutional things that the house had to do. 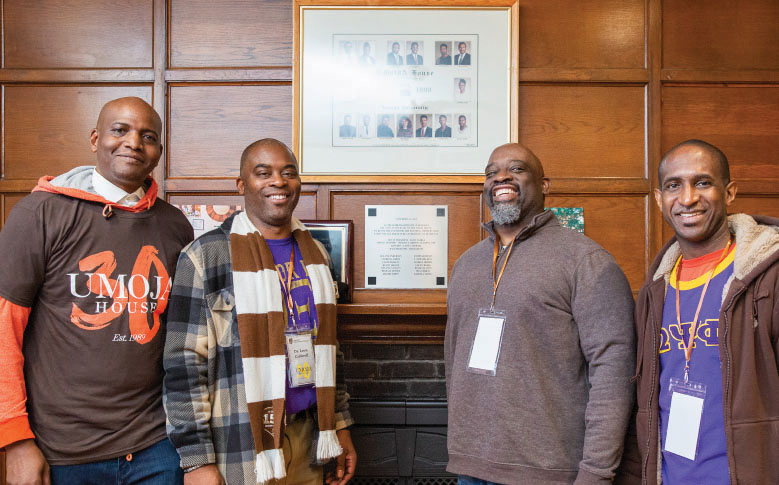