Caldwell: I had in my mind that I was going to have to battle with the administration for them to see my point. So even before I went to Henry, I talked to Dr. Likins … and I needed to basically convince him or to at least see things my way. I prepared myself for a 1960s-style sit-in.

Likins: On one occasion I was sitting at a gathering focused on women’s concerns at Lehigh, because they also had their concerns. I was sitting next to Caldwell, and he asked me how I felt about the Umoja House. I was not familiar with the concept. He described it as kind of a safe house, a place where students of color could feel at home. Some residents, but mostly just kind of a hangout space where students—black and brown or anybody who felt comfortable in that environment—could hang out, even me. He said I would be welcome.

As an old, white liberal who had fought hard for racial integration for years, I expressed some concerns. I was afraid that the Umoja House would create a kind of self-segregation. He didn’t argue with me there on the spot, but he asked if he could have a meeting in the President’s Office, and he came to see me and that gave him the opportunity to educate his president. 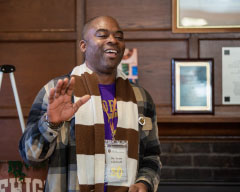 Caldwell: It was very logical too, like, Look, students are struggling and we just want equity. I think at the time I was probably saying equality.

Likins: He said to me, The president can’t tell what’s in [minority students’] minds. You have to ask them, you have to talk to students to see what it is that they need to feel okay about Lehigh. And I’m sure that he talked about the fact that black students then and now go through life, all of life, with some nagging awareness that not everybody around them thinks they belong there.

Even though Lehigh might have been a welcoming environment on the part of most students, faculty, staff, there were always those students who felt that the black kids were just there on affirmative action, that they didn’t qualify academically, or were there to play basketball. My memory says that he said, There’s always that nagging anxiety that comes from the realization that not everybody around you welcomes you, and you can’t always tell who’s happy with you and who is not. So he said, We need a safe space.

Caldwell: To my surprise, the conversation was engaging, and he said, Let’s look into this, and he didn’t say, No, get out of my office. Are you crazy? … The biggest challenge at that time was this whole notion of, is this reverse racism or why are the black students segregating themselves? That was always the conversation, right, like why do you want to segregate?

Likins: I turned from skeptic to believer in that very brief meeting. I knew he was right on all accounts, and I gave him my blessing on the spot. … I look back at 30 years, and I think, How did Leon persuade me in such a brief period of time? ... I’m sure that he was both logical and passionate, because that’s who he is. He probably reminded me that we both wanted the same thing. We wanted Lehigh to be the kind of a place where all students—black, white and brown—could feel comfortable and feel secure, so they could do their best work, so they get to achieve their objectives and realize their full potential.

We wanted the same thing. It was a question [of] how to get there. 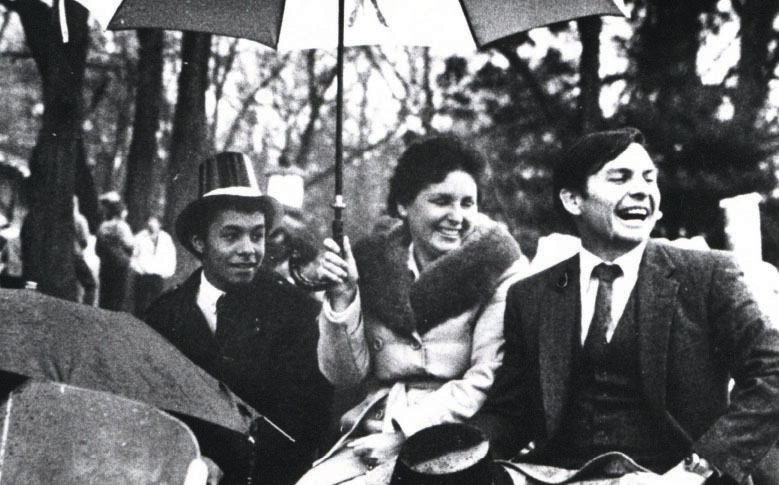