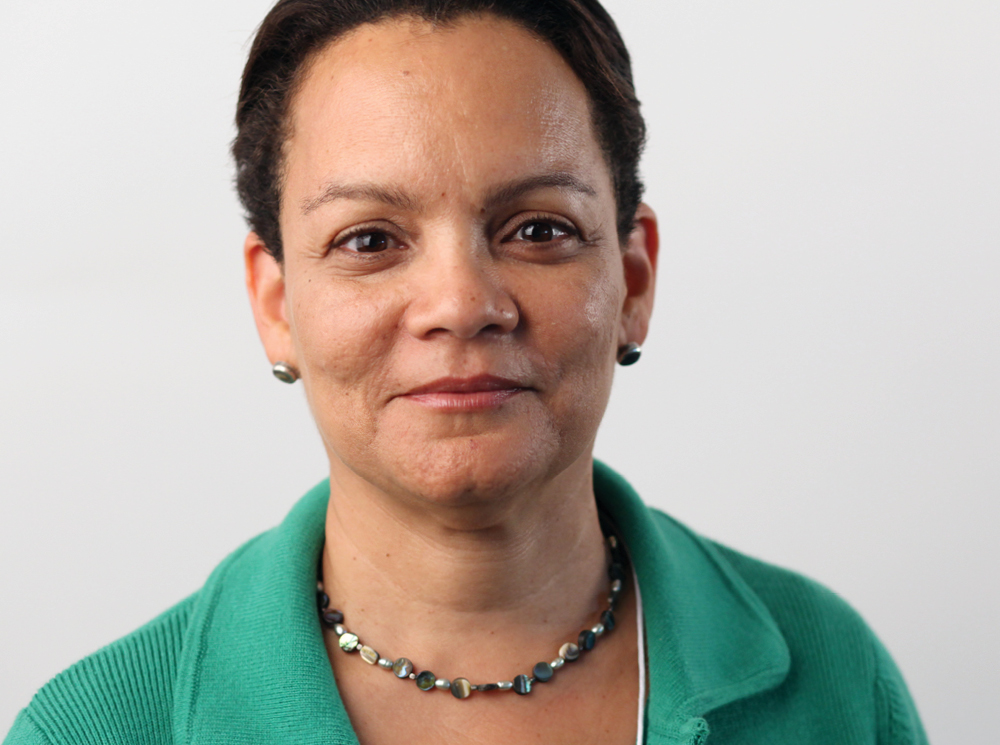 Ruth Santiago's formal fight against environmental injustice began more than two decades ago in Puerto Rico, where she has built a reputation as a community activist.

Ruth Santiago's formal fight against environmental injustice began more than two decades ago in Puerto Rico, where she has built a reputation as a community activist. She has sought to protect the island’s South Coast aquifer, battled the country’s largest oil burning power complex and worked to expand rooftop solar energy projects in the Jobos Bay communities between Salinas and Guayama in southeastern Puerto Rico.

While her environmental work is largely based in Puerto Rico, she remembers enjoying the “wonderful natural places in Pennsylvania,” such as the Pocono Mountains and Amish countryside, during her time at Lehigh.

Currently, her biggest battle centers on the Puerto Rico Electric Power Authority’s electric system development plan. PREPA’s proposed 10-year infrastructure plan calls for multiple new methane gas-fired power plants across the island. Santiago is trying to stand in the way. A brief her team filed in 2020 argued the community would be better off transitioning directly to renewables.

Santiago recently continued her fight against PREPA, urging federal money be invested in renewable technologies such as on-site solar energy and storage.

“After Hurricane Maria, it became very clear that the future of the electric system here in Puerto Rico is a matter of life and death,” says Santiago, when speaking about why her work is important to her. “Community and civil society groups should be part of the decision-making processes to ensure that the electric system serves the public interest and prioritizes more resilient options such as rooftop solar and storage, coupled with energy efficiency and other alternatives to centralized fossil fuel generation.”

"After Hurricane Maria, it became very clear that the future of the electric system here in Puerto Rico is a matter of life and death."

After graduating from Lehigh with a double major in economics and Spanish literature, Santiago, who was born in New York, earned her law degree from Columbia University. Two-and-a-half years later, she received a job offer in business law—mostly commercial litigation—that sent her back to Puerto Rico, where she spent her high school years.

It wasn’t until 1997, however, that Santiago took her first environmental law case—a proposal to build the largest landfill in Puerto Rico over the South Coast aquifer. That led to other aquifer or groundwater protection cases. She also began working with and advising the Jobos Bay National Estuarine Research Reserve. “It was really about protecting the aquifer, which is the sole source of potable water for tens of thousands people here in southeastern Puerto Rico,” Santiago says.

Santiago dedicates much of her time away from the office on environmental issues as well. She cofounded an environmental youth camp, Convivencia Ambiental, with other members of Comite Dialogo Ambiental Inc. The one-week camp is designed to give local youth firsthand experience through service activities in what Santiago describes as Puerto Rico’s “incredible natural environment.”

In another project, Santiago has aided in converting the energy source of a Salinas community center to rooftop solar with a battery energy storage system. That project has grown to include a number of systems installed in the community itself.

“There have been quite a few power outages since [Hurricane Maria in 2017] and so the community center has been able to provide sort of an oasis of light,” Santiago says. “It's a very low-income community that is disproportionately impacted by the big power plants.”

Healing Hoboken: The Connection Between Community and Environmental Stewardship