It’s one week the campus really comes together. There is a sense of unity around being one Lehigh. That one Lehigh is motivated by a desire to defeat Lafayette.

How It All Began…

With a total of 155 games played, the Lehigh-Lafayette Rivalry is the most-played in college football. The first meeting occurred in 1884, just one year after standardized football rules were established, and in the decades that have since passed, the game has become one of the most revered rivalries in the nation. 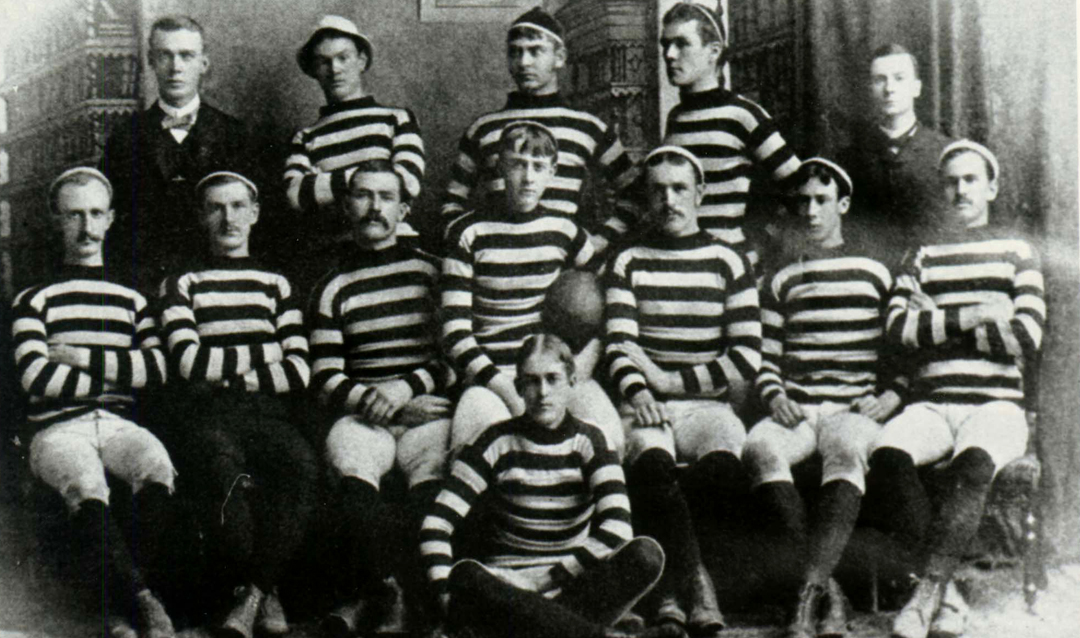 A Lehigh team photo from 1884, the first year Lehigh and Lafayette met on the gridiron.

But how did The Rivalry come to be what it is now? How did it endure more than 130 years?

The Rivalry, according to Vice, may have started after Asa Packer, a prominent judge and integral figure in the construction of the Lehigh Valley Railroad, was asked to help Lafayette College establish an engineering school. Packer, an Episcopalian, declined the offer and founded Lehigh in 1865 when he discovered that Lafayette had ties with the Prebysterian Church.

While today The Rivalry is centered around football, the two schools first met in a completely different sport. Lafayette records show the first time the two colleges faced off in athletic competition was in 1869 with two baseball games. However, the passionate rivalry, Discover Lehigh Valley says, stemmed from a comment made by Lafayette student journalists after a Leopards’ track and field loss to Lehigh in 1881.

“Defeat in our recent contest with Lehigh University, a defeat, too, doubly humiliating, coming, as it did, from an adversary in every other respect our inferior,” a piece published in the Lafayette College Journal stated.

The jab added fuel to the fire, officially sparking The Rivalry.

Lehigh and Lafayette’s football teams began going head-to-head twice each year, except in 1891 when they met three times. According to Lehigh Sports, the schools decided on a one-game-per-year schedule in 1902. The last year without a game was 1896, due to an eligibility dispute.

Looking back at some of the programs of the Lehigh-Lafayette football games through history.

An Intense Rivalry: Proximity and Recruiting

Tom Gilmore, Lehigh football head coach, said that aside from the rich history of The Rivalry, the proximity of Lehigh and Lafayette is one reason for its intensity.

The two schools are about a 20-minute drive from each other. 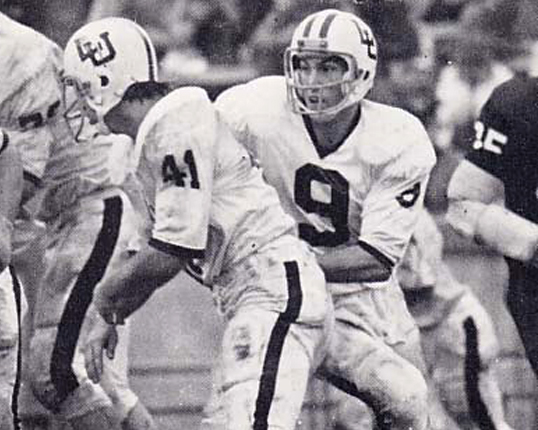 Joe Sterrett ’76, the Murray H. Goodman Dean of Athletics and director of athletics at Lehigh, and a former Lehigh football player and assistant coach, also believes the short distance between the schools adds competitive energy.

“Most of the compelling sports rivalries in our country have a compelling geographic link to them,” he said. “In this case, you’re talking about schools that are 15 miles or less apart. That makes it even more intense.”

Sterrett has been a part of 48 games either as a coach, player or athletics director. He said that another reason each of the games feels so competitive is because Lehigh and Lafayette often recruit the same players. 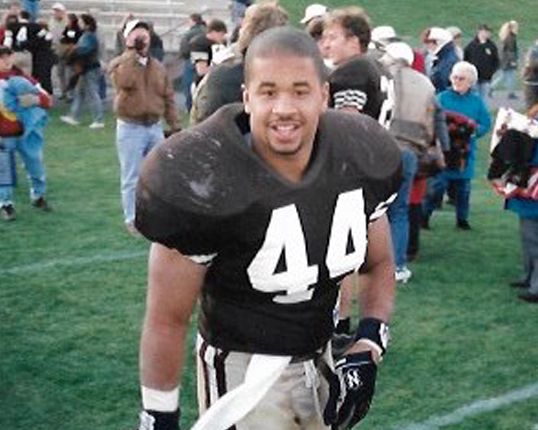 Lance Haynes ’94 is one of many players who was recruited by both Lehigh and Lafayette, adding another layer of competition to The Rivalry.

“A lot of kids that play for them or play for us visited both schools, considered both schools. In a number of cases, their final decisions came down to Lehigh or Lafayette,” he explained.

Lance Haynes, a former football player from the Class of ’94 , was recruited by both schools and knew players at Lafayette.

“Lafayette was trying to get me just as much as Lehigh,” he said.

Haynes said there are many connections between the two teams, many students who were close to joining one or the other. He himself visited Lafayette on a recruiting trip, and said he still speaks to the friend who hosted him there.

Once Haynes committed to Lehigh, he began to hear, especially from alumni, what the game “means.” 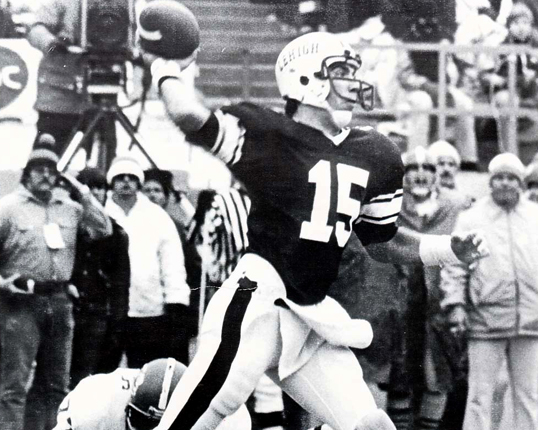 “Then it really started to sink in,” he said.

Michael Rieker ’78, is from Catasauqua, a Pennsylvania town located relatively close to both schools. Rieker, quarterback on Lehigh’s 1977 Division II national championship team, said that growing up, he was also familiar with Lafayette. He knew they often overlapped with Lehigh in the recruiting process.

Rieker said this overlap powers the sense of competition. He believes the competitive energy trickles down to the student body.

“They want to win just as bad. They have to go home on holidays and some of their friends probably went to Lafayette,” he said.

According to Sterrett, the social ties between the teams also makes the game more significant.

Rieker felt this to be true during his time at Lehigh. When he was a student, he attended Lehigh “pub nights” Thursday nights at certain fraternities.

“A lot of the student body would pass through there, get a beer, see people, and talk to people from different fraternities,” he said. “A lot of times we would go to Lafayette for their ‘pub nights’ on Wednesday nights.”

“Everybody had knowledge of each other,” he said. “Once we got to that game, it was a dog fight.”