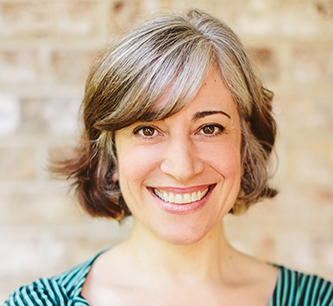 Lori Friedman is Director of Media Relations in the Office of Communications and Public Affairs. In addition to leading media outreach at Lehigh, she often writes feature stories for the university's online news sites and print publications.

With more than ten years of experience in nonprofit and advocacy communications, Friedman is proud of the work she has done to advance causes related to healthcare, education, science, environmental preservation and social justice. Her media relations and digital communications efforts have been recognized with awards from leading PR industry groups Bulldog Reporter and the Public Relations Society of America (PRSA).

She holds a Masters of Fine Arts and a Bachelor of Arts from the University of California, San Diego.

A new method from Lehigh's Xiaoji Xu significantly improves ability to characterize the electrical property of surface potential of nanomaterials.

Wonpil Im creates the program where the models can be accessed.

COVID-19: The Impact of Air Pollution

A Q&A with epidemiologist and College of Health faculty member Hyunok Choi.

The disruption caused by the COVID-19 pandemic is raising questions about the resiliency of the nation’s electricity infrastructure.

COVID-19: The Impact on U.S.-China Relations

A Q&A with Yinan He, associate professor of international relations and an expert on East Asian foreign policy.

Agar and his team have identified—and visualized for the first time—geometrically driven differences in ferroelectric domain switching.

Do Democracies Behave Differently From Non-Democracies When it Comes to Foreign Policy?

In a new paper, Lehigh University’s Arman Grigoryan contributes to the debate between two intellectual traditions―liberalism and realism―over whether supporting and spreading democracy is an important priority for democratic states.

Coping, With Comics, in the Time of Coronavirus

Students and professors are creating comics as they deal with the current pandemic.

COVID-19 Q&A with Beth Dolan on 'literature of contagion'

The professor in the Department of English and a core faculty member in the Health, Medicine & Society Program explains why two novels in particular have been on her mind during the COVID-19 pandemic.

A lifesaving reason to have more women on boards: ensuring consumer safety

A new study of the medical products industry―the first to examine the impact of female board representation on product recalls―finds that firms with female directors on their boards announce high-severity recalls 28 days faster than all-male boards.

The inaugural dean of Lehigh's College of Health explains how a population health response, focused on data, is key to saving lives.

Lopresti will join the Computing Community Consortium for the presentation of a 20-year roadmap for artificial intelligence (AI) research in the U.S., offering a vision for a strategic path to unleashing the full potential of AI for the greatest societal benefit.