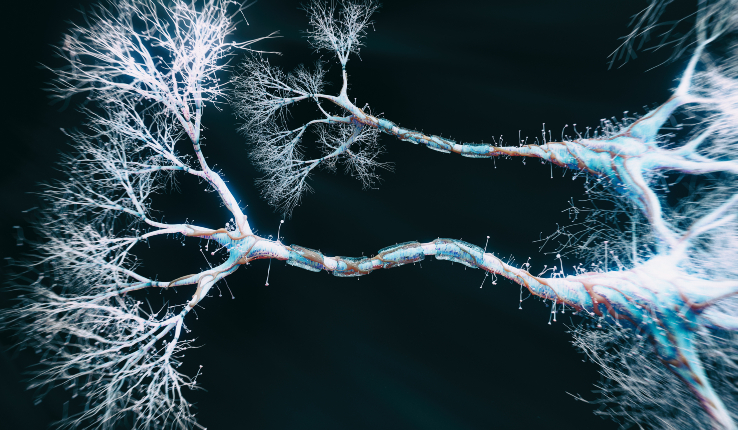 New research out of Lehigh University has revealed several aspects of how neurons communicate with each other in the brain that were previously unknown.

The work involves electrical synapses, which provide a major form of communication between neurons in the brain, says Julie Haas, an associate professor of neuroscience in Lehigh’s Department of Biological Sciences. Electrical synapses are based on pores that connect the cell membranes of two neurons.

“You might initially expect them to pass electricity equally between cells, but they rarely do,” says Haas. “ Inequality of communication, or asymmetry, is a property of electrical synapses that is often noted but seldom explored.”

In a new paper, published this month in eNeuro called “Intrinsic sources and functional impacts of asymmetry at electrical synapses,” Haas and graduate student Austin Mendoza demonstrate that multiple factors can contribute to electrical synapse asymmetry including synapse location, strength, direction of conductance, dendritic geometry  and input resistance. Interestingly, the research also shows that these same factors can mask asymmetry. In other words, they can make it seem like the electrical synapses are equal when they are not.

“These results highlight that asymmetric transmission and its impacts are likely occurring throughout the brain, much more than previously thought,” says Mendoza.

One goal for the research was to collect and account for all sources of electrical synapse asymmetry in one place. They also wanted to identify the location of electrical synapses on the dendrites, the spider-like receiving part of neurons, and if the location on the dendrites could be a factor contributing to asymmetry. To do this, the duo added dendrites to their computational model cells.

After further characterizing the asymmetry, Haas and Mendoza examined how the contributing factors might affect two known functions of electrical synapses: how quickly cells fire action potentials and how synchronous activities occur.

“One surprisingly strong cause of asymmetry was the location of the synapse itself along the dendrites of a cell,” says Haas. “We were surprised at how much influence even a little asymmetry had on the functions of electrical synapses.”

“Often when papers report that cells are coupled by electrical synapses they may gloss over how asymmetric they are, or even report they are symmetric without going into much detail showing that is the case,” adds Mendoza. “We hope that this research will be broadly considered within our field, as it highlights basic but impactful properties of electrical synapses.”