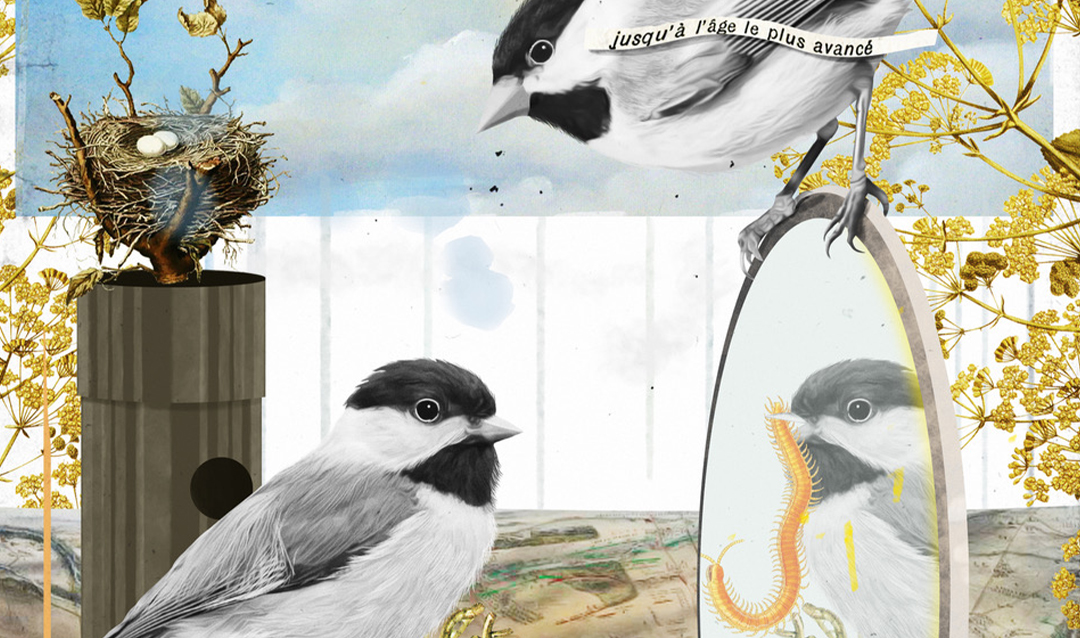 The Carolina chickadee and the black-capped chickadee look so alike that distinguishing the tiny songbirds presents a challenge to even a trained eye. They are, however, two separate species of bird—two species that happen to be hybridizing.

Hybridization occurs when individuals from two distinct species mate and produce offspring. A somewhat common phenomenon, particularly among plants, hybridization has occurred throughout history between a variety of species with both positive and negative effects. Amber Rice, an associate professor of evolutionary biology, examines species that hybridize naturally in an effort to better understand how new species evolve. And, as Pennsylvania’s Lehigh Valley is home to a chickadee hybrid zone, she’s in the perfect place to do so.

“Hybridization can lead to all kinds of interesting outcomes,” explains Rice. “One is that you can actually get genetic variation from other species that can be adaptive [and beneficial to the species]. ... [But] what we’ve understood for a fair bit of time is that you can have hybridization and the hybrids have low fitness. And this is probably the more common outcome.”

Fitness, the quantitative representation of natural and sexual selection within evolutionary biology, plays a big role in the long-term survival of a species—as in the phrase “survival of the fittest.”

Using a combination of ecological field research, behavioral tests, and population genetics and genomics, Rice and her team investigate hybridization and its consequences, with a focus on cognition. 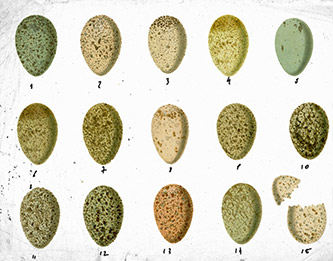 Birds of a Feather

Rice conducted postdoctoral work at Uppsala University in Sweden, where she began examining hybridization in birds after focusing her doctoral work on toads. A faculty position at Lehigh University then offered a valuable opportunity to work in a hybrid zone that includes, among several forested state and county parks, Lehigh’s mountainous campus.

During chickadee nesting season, Rice and her team set up nesting tubes made of camouflaged PVC pipe throughout their field sites. Drawn to the tubes, which mimic the dead or partially dead trees that chickadees favor, the birds build their nests and lay eggs. The team can then observe the nests and monitor breeding success. Approximately 10 days after the eggs have hatched, the team sets up fine mesh nets to capture the birds, tag them, measure them, take blood samples and release them. They conduct DNA tests on the blood samples to determine the species of each bird.

“Because they look so similar, we had to develop a way to figure out [which species] they were,” Rice explains. The team’s genotyping approach, which involves 10 restriction enzyme digestion sites, determines whether a bird is a pure Carolina chickadee, a pure black-capped chickadee or some version of a hybrid.

“There’s a big mix in what we have here at Lehigh,” says Rice.

The fitness of the hybrids determines the many possible outcomes of hybridization. In some cases, a hybrid’s fitness can influence the occurrence of reverse speciation, in which two species eventually fuse into one. In other cases, hybridization can enhance the barriers between the two species—researchers have observed selection against individuals that are hybridizing if the hybrids have particularly low fitness.

“That can actually cause mechanisms in those pure species to evolve, [making] them better at not making that decision to hybridize,” says Rice. “We call that reinforcement.”

In between those two extremes is hybrid speciation, through which a new species forms. This is more common among plants but does happen occasionally in animals, Rice says. All these possibilities lend themselves to many questions.

“If we think that those barriers between the species aren’t breaking down, what’s the reason? Are the hybrids having low fitness? If so, why? What are those consequences? And then we’re also interested in consequences after hybridization, so how selection acts on the hybrids and … what’s keeping them from hybridizing as much as they might otherwise,” Rice explains.

Using gas-chromatography mass-spectrometry to analyze differences between the species in the natural oils the birds produce from their uropygial glands, the team discovered that black-capped and Carolina chickadees produce chemically distinct natural oils. They then tested for odor preference using a Y-maze, measuring the amount of time each chickadee spent with a particular smell. They found that the male and female chickadees prefer the scent of their own species over the smell of the other species. This preference, says Rice, could reduce the likelihood of hybridization.

The team’s results were published in an article titled “Conspecific olfactory preferences and interspecific divergence in odor cues in a chickadee hybrid zone” in the journal Ecology and Evolution. 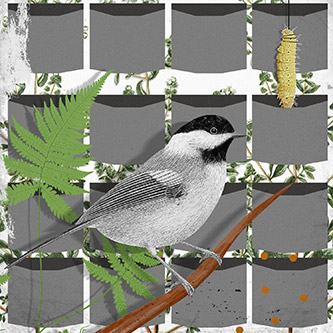 Previous studies by neuro-ecologists have revealed that black-capped chickadees have well-developed spatial memory. Hybrids do not appear to have the same advantage.

“Another reason we think that hybrids might have low fitness is that they seem to be not as smart,” says Rice. “The hybrids didn’t do as well [on the tests] as the pure species.”

Rice and her team conduct learning and memory tests on hybrids in their lab. Like squirrels, chickadees are scatter hoarders—they store food throughout their environment in the fall and return to those hiding spots in winter. Remembering where they stored that food is key to their survival—and as such is an important element of fitness.

“Our finding that the hybrids are not as high-performing on these things ... We think that’s probably going to be a problem for them,” Rice explains.

She and former doctoral student Michael A. McQuillan '18G conducted genetic testing to establish the ancestry of chickadees they’d captured in the hybrid zone. Then they administered two behavioral tests. In the first, the songbirds were tasked with finding a wax worm in one of 60 identical rubber pockets arranged on a wall, each of which held a white pom-pom that concealed its contents. The team observed each chickadee once a day for seven days to see which birds remembered the location of the worm, which was always hidden in the same pocket.

“The first day of the test, there’s a one out of 60 chance they’re going to find a worm, so they just randomly will find it. On the second day of the test we give them the exact same thing—worm in the same place—and we count how many places they have to look before they find the worm. Every day we ask, do they get better? And how many tries does it take them?”

The hybrids performed worse on the tests than the two pure-species birds, which performed essentially the same.

The second test required the chickadees to solve a problem: access a worm that the team tucked into a small well but blocked by a plastic washer with a transparent acetate cover. The birds, which had been trained to eat from the well and could see the worm, had to figure out how to move the washer to get to the worm. Again, the hybrids were significantly less likely to solve this problem than the pure-species chickadees.

The study was published in the journal Evolution in an article titled “Hybrid Chickadees are Deficient in Learning and Memory,” written by Rice, McQuillan and Huynh, as well as Timothy C. Roth II of Franklin and Marshall College. As a result of this research, the team was able to successfully obtain a grant from the National Science Foundation for follow-up research.

The team’s findings could have wider-reaching implications. Climate change, for example, causes species’ ranges to shift, which leads to more opportunities for hybridization. And because the environment is changing so rapidly, some species might benefit even more from skills such as problem solving, putting hybrids, if they’re deficient, at even more of a disadvantage.

“Nobody seems to have tested hybrid cognition in the wild before,” says Rice. “We think there are multiple reasons why hybrids might be worse at these kinds of things than their parent species, not just in birds, but fish and any species that might benefit from these kinds of cognitive abilities and that have evolved them. We think there’s a possibility that hybridization can really disrupt this. And so we’re hoping that people start looking at it because we think this could actually be something that’s kind of widespread.”