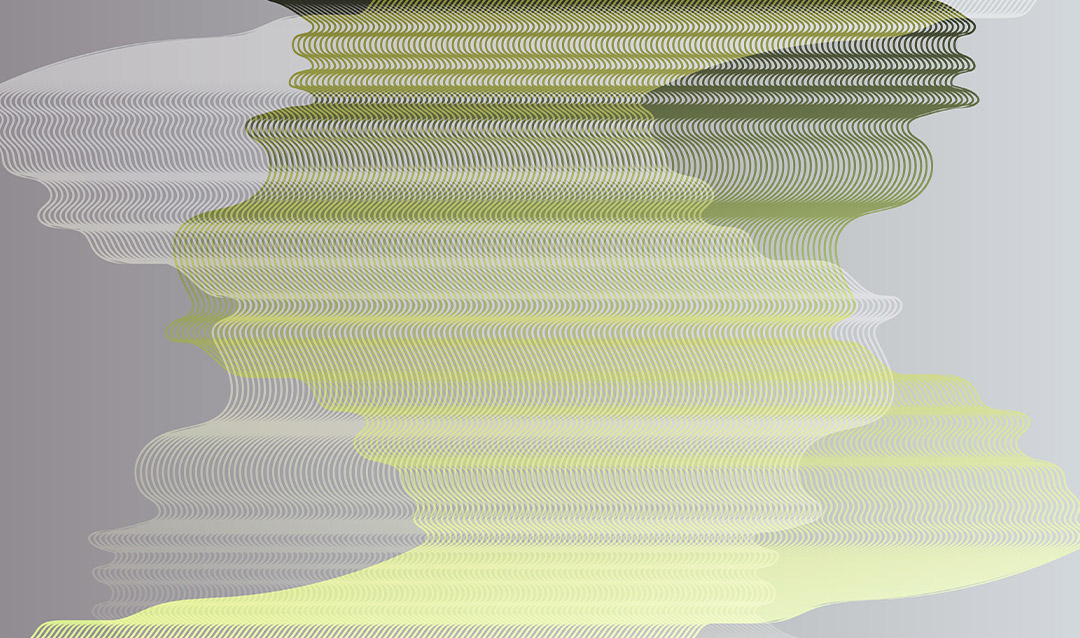 It’s a driver’s worst-case scenario: speeding on a wet road and hydroplaning. With enough water on the road, the treads of a vehicle’s tires are unable to channel it away, leaving a thin layer of liquid between the tires and the road. Without direct contact with the pavement, the tires have very little of the high friction the driver needs to steer or brake.

Jagota, the Wieseman Chair of Engineering, professor and founding chair of bioengineering and also a professor of chemical and biomolecular engineering, is applying his nearly two decades of research in adhesion and friction to help drivers improve that control.

He and a team of researchers from Lehigh, Cornell University and Michelin USA—including long-standing collaborator Chung-Yuen Hui of Cornell and Constantine Khripin ’08 Ph.D., a Michelin researcher who conducted his dissertation work in Jagota’s lab—are working to study and develop two novel mechanisms underlying frictional energy loss. Their goal: to improve friction of soft materials based on bio-inspired design of near-surface structures—in this case, with regard to tires. The team’s work is supported by a $2 million Leading Engineering for America’s Prosperity, Health, and Infrastructure (LEAP HI) Grant Opportunity for Academic Liaison (GOALI) award from the National Science Foundation.

“Adhesion and friction, as far as I’m concerned, are very related phenomena,” says Jagota. “Although our current grant has more to do with friction than adhesion, they’re both interfacial phenomena.” 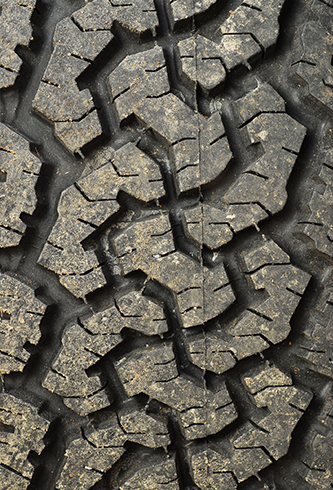 “The idea [for this project] was: Can we come up with a way to somehow increase the dissipation of energy when other mechanisms are muted?” says Jagota.

The two mechanisms on which Jagota and his colleagues will focus are based on recent discoveries by team members.

The first, meso-scale dislocation arrays, are interfaces with a periodic array of features that accommodate misorientation by generating meso-scale (between the atomic and macroscopic scales) interfacial dislocations. In their previous work, Jagota and his colleagues discovered that they could modulate friction between shape-complementary surfaces by controlling the nature and density of interfacial dislocations. In other words, by controlling the relative misorientation of patterned elastomeric, or rubber-like, surfaces, they could passively control the friction between them, and actively control the friction by applying external pressure. This discovery, the team writes, “offers a novel way of controlling friction and adhesion of soft material interfaces.”

Jagota and his colleagues aim to develop a way to pattern the surface of a generic soft solid with periodic features that result in the formation of interfacial dislocation arrays. These designed dislocation arrays will enable the control of the friction of a soft surface. This mechanism could potentially provide a new, more precise method of assembling elastomeric products, like those used in the manufacturing of tires.

The second mechanism, a new form of elastic hysteresis, relates to energy dissipation and enhanced tire friction. Elastic hysteresis occurs when a tire moves along the road and is repeatedly stretched and compressed. In many soft materials at the molecular scale, the team writes, friction arises because much of the energy that goes into stretching molecules is lost as heat when they slip back to an unstretched state. The team has found that if they properly patterned the surface of a soft material with periodic variation in properties, and slid an indenter across the surface, the periodic transitions of the sliding glass indenter across the soft and hard regions of the patterned surface result in extra energy loss through the fluid layer on the material surface. Thus, the indenter “experiences periodic resisting force even in the absence of true friction between the surfaces.” This result, the team writes, is a form of elastic hysteresis—it increases the sliding friction of lubricated soft materials by using the structures on the surface of the materials to store and then unstably release energy.

The team details these results in a paper published in the journal Soft Matter.

In this collaboration, titled “Designing Structures to Enhance Friction of Rubbery Materials,” Jagota and his Lehigh team were responsible for fabrication and experiments, while Hui and his team worked on theory and modeling, and Michelin contributed testing and guidance. They published their work, which created new bio-inspired film-terminated structures with unique friction characteristics, in a paper titled "Strongly Modulated Friction of a Film-Terminated Ridge-Channel Structure" in Scientific Reports, a journal of Nature. 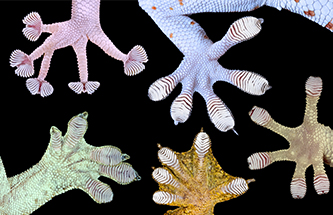 Although the approach of the current project does not directly imitate nature, it includes biomimetic principles Jagota explored in his earlier work to improve the adhesive and mechanical properties of soft materials, and is a continuation of a line of research that stems from an early fascination with geckos.

While Jagota was working on laminated glass for architectural applications at the DuPont Corporation in 2000—his first introduction to soft materials, he says—he attended a lecture by biologist Kellar Autumn, a researcher at Lewis and Clark College who published a paper in Nature about the gecko’s ability to stick and unstick to surfaces quickly. Jagota, whose background is in mechanical engineering, was hooked—particularly because of what the gecko can teach scientists about adhesion.

Geckos have millions of micron-scale fibrils on each toe, and each fibril is made up of approximately 1,000 flattened tips called spatulae. These nanostructures are the key to the gecko’s adhesive power. In earlier related work, Jagota and his colleagues have employed fibrils or complementary shapes to make biomimetic surface structures with very high sliding friction, and discovered techniques to control that friction.

“What the gecko showed us was that if you design these structures right, you can get other mechanisms which are not at the macroscale and not at the molecular scale. So that idea fascinated me, and basically we’ve been exploring that idea for 20 years,” he says.

No matter its level of bio-inspiration, Jagota’s work could have important implications beyond automobile tires: A better understanding of friction can help scientists develop robots that are more effective at performing certain tasks, athletic shoes that reduce slipping, or sporting equipment with better grip. 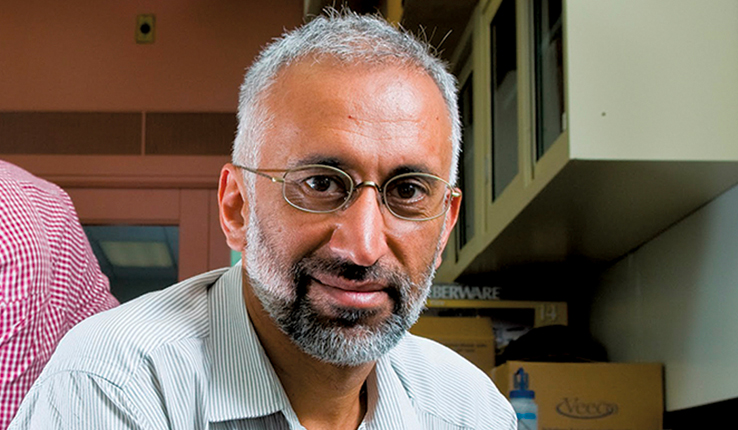 Jagota will lead efforts to increase the impact and visibility of research at Lehigh.