The work demonstrates the effectiveness of a design strategy that functionalizes a 2D material with an organic molecule. 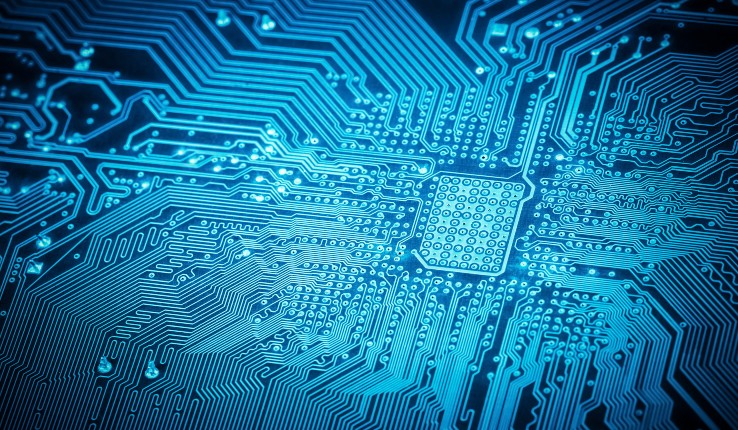 The most powerful and advanced computing is still primitive compared to the power of the human brain, says Chinedu E. Ekuma, assistant professor in Lehigh’s Department of Physics.

Ekuma’s lab, which aims to gain an understanding of the physical properties of materials, develops models at the interface of computation, theory and experiment. One area of focus: 2-Dimensional (2D) materials. Also dubbed low-dimensional, these are crystalline nanomaterials that consist of a single layer of atoms. Their novel properties make them especially useful for the next-generation of AI-powered electronics, known as neuromorphic, or brain-like devices.

Neuromorphic devices attempt to better mimic how the human brain processes information than current computing methods. A key challenge in neuromorphic research is matching the human brain’s flexibility, and its ability to learn from unstructured inputs with energy efficiency. According to Ekuma, early successes in neuromorphic computing relied mainly on conventional silicon-based materials that are energy inefficient.

“Neuromorphic materials have a combination of computing memory capabilities and energy efficiency for brain-like applications,” he says.

Now Ekuma and his colleagues at the Sensor and Electrons Devices Directorate at the U.S. Army Research Laboratory have developed a new complex material design strategy for potential use in neuromorphic computing, using metallocene intercalation in hafnium disulfide (HfS2). The work is the first to demonstrate the effectiveness of a design strategy that functionalizes a 2D material with an organic molecule. It has been published in an article called “Dynamically reconfigurable electronic and phononic properties in intercalated HfS2” in Materials Today. Additional authors: Sina Najmaei, Adam A.Wilson Asher C. Leff and Madan Dubey of the United States Army Research Laboratory.

“We knew that low-dimensional materials showed novel properties, but we did not expect such high tunability of the HfS2-based system,” says Ekuma. “The strategy was a concerted effort and synergy between experiment and computation. It started with an afternoon coffee chat where my colleagues and I discussed exploring the possibility of introducing organic molecules into a gap, known as van der Waals gap, in 2D materials. This was followed by the material design and rigorous computations to test the feasibility. Based on the encouraging computational data, we proceeded to make the sample, characterize the properties, and then made a prototype device with the designed material.”

Scholars in search of energy-efficient materials may be particularly interested in this research, as well as industry, especially semiconductor industries designing logic gates and other electronic devices.

“The key takeaway here is that complex materials design based on 2D materials is a promising route to achieving high performing and energy-efficient materials,” says Ekuma.