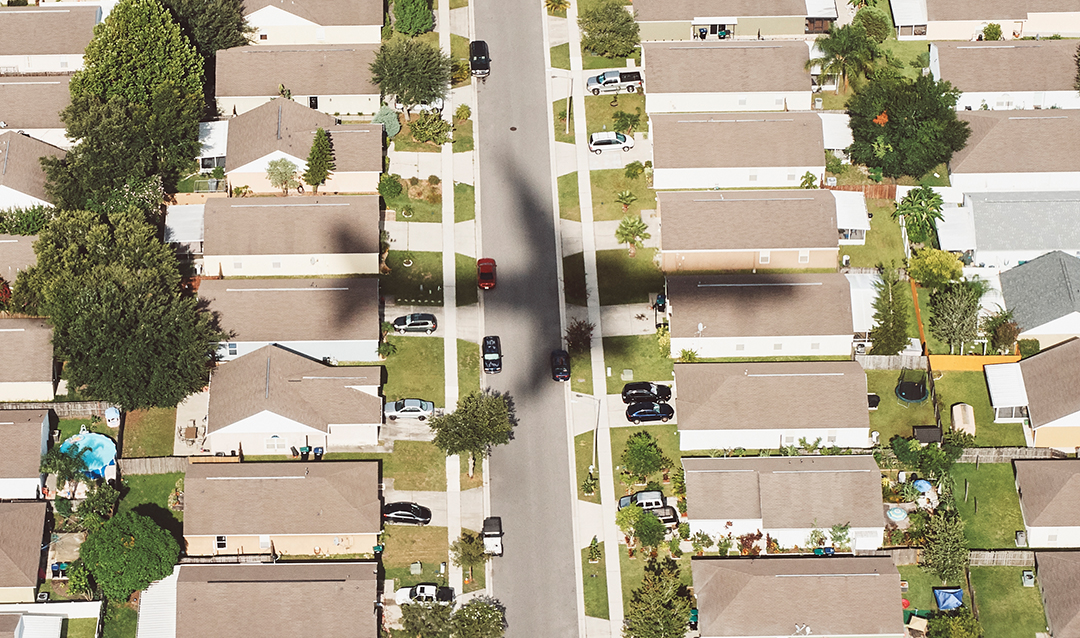 “As an economist, I am always thinking about trade-offs,” says Muzhe Yang. “There are always benefits and costs associated with our decision-making. And what we do as a single person can affect other people.”

Such trade-offs, particularly those that impact human health, can have far-reaching effects. In recent years, Yang, the Charles William MacFarlane Professor of Economics in Lehigh’s College of Business, has focused his research on trade-offs related to externalities that can have significant impacts on babies, even before they are born. Yang examines conditions that affect maternal, fetal and infant health, including maternal employment, long commutes and various types of pollution.

Yang’s interest in maternal-fetal health began when he published a paper in the journal Economics & Human Biology in 2015. The study examined the impact of California’s paid family leave on mothers’ breastfeeding behaviors, and found that rates of breastfeeding through the first three, six and nine months of infancy increased by 10–20 percentage points after the implementation of paid family leave.

Yang also learned the impact his work could have on policy. The Council of the District of Columbia cited that 2015 paper in its own paid family leave legislation, which became effective in 2017.

“This experience led me to realize that what we do as researchers actually can influence policy-making,” says Yang.

Since 2015, Yang has conducted several studies related to how working outside the home can impact pregnant women and their babies. In a 2019 paper in Economics & Human Biology, he and his colleague, Yang Wang of the University of Wisconsin-Madison, report the findings of the first empirical study on the effect of long commutes during pregnancy on infant health. Using unique data on women’s home addresses and the addresses of their employers during pregnancy, they found that a 10-mile increase in travel distance raises the probability of low birth weight (LBW, birth weight below 2,500 grams or 5.5 pounds) by 0.9 percentage points, and the probability of intrauterine growth restriction by 0.6 percentage points. 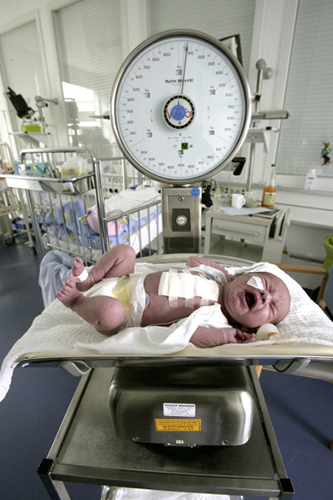 “These results are possibly driven by the maternal stress induced by the long commute that can happen on a regular basis. Our findings add new evidence to the literature regarding the relationship between maternal stress during pregnancy and adverse birth outcomes by focusing on the understudied chronic stress induced by long commutes, rather than the stress triggered by a one-time significant event, such as a natural disaster, which has been the focus of previous studies,” the team writes.

“Those who travel a long distance to work started prenatal care later than recommended,” Yang explains. “... This also raises the importance of facilitating the utilization of prenatal care. One direction the policymaker could consider is expanding maternity leave to cover the prenatal period.”

“Remote working doesn’t necessarily make prenatal care easier to obtain,” says Yang, “so it is still an important policy question regarding how to facilitate the use of prenatal care, even when remote working becomes a permanent option.”

In addition to long commute times, the nature of the work itself can impact fetal health. In a paper published in 2020 in the Review of Economics of the Household, Yang and Dhaval M. Dave of Bentley University provide empirical evidence of the effects of working during pregnancy on maternal and fetal health. Comparing pregnancy, birth outcome and maternal employment data from the New Jersey Department of Health with the Metabolic Equivalent of Task—a measure of the strenuousness of mothers’ work activities—Yang and Dave found that working in a relatively more strenuous job during pregnancy increases the likelihood of an adverse birth outcome by 1.5 percentage points. Specifically, mothers with strenuous jobs had a 17% increase in the likelihood of having a baby with a condition called fetal macrosomia (i.e., birth weight over 4,000 grams or 8.8 pounds). Fetal macrosomia is associated with an increased risk of the child being overweight in adolescence, as well as an increased risk of breast cancer for the mother.

The data from the New Jersey Department of Health provided the researchers an “opportunity to look at an empirical setting where the laws regarding reasonable accommodations for pregnant women are already in place,” Yang explains. “Yet we still find evidence that working in a strenuous job during pregnancy can increase the risk of having adverse birth outcomes.” 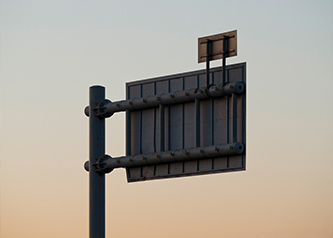 Says Yang: “As of September 2020, only 30 states plus D.C. and four cities, including Philadelphia and New York City, had passed laws requiring employers to provide reasonable accommodations to women affected by pregnancy. Well, even in states where accommodation laws are in place, such as New Jersey, adverse birth outcomes may still happen because of this uncertainty in the interpretation of what ‘reasonable accommodation’ means.”

Yang notes that some argue that the Pregnancy Discrimination Act of 1978, which prohibits discrimination based on pregnancy in any aspect of employment, can be used to protect pregnant women, but it is “definitely not sufficient.”

“Under the Pregnancy Discrimination Act, an employer is not required to provide accommodations to pregnant women unless those accommodations have been provided to other employees who have similar limitations that are not caused by pregnancy,” he says. “So it is about equal treatment, but the interpretation of equal treatment really varies by the situation.”

The Impact of Noise Exposure

In another study, Yang and his colleagues, Laura M. Argys of the University of Colorado Denver and Susan L. Averett of Lafayette College, explored the impact of noise pollution—specifically airplane noise—on fetal health.

The Federal Aviation Administration (FAA), through its Next Generation Air Transportation System (NextGen) initiative, has implemented a number of new technologies, including the use of satellite monitoring to guide airplanes from takeoff to landing. This approach optimizes routes and allows more planes to be in the air, with some at even lower altitudes (when using the fuel-saving gradual descent method for landing) due to precision satellite monitoring.

The team used home addresses listed on birth records to identify residences situated in locations of concentrated flight patterns near Newark Liberty International Airport (EWR), and examined the fetal health impact of increased noise levels in those areas. Using birth data from 2004 to 2016, Yang and his colleagues found that the likelihood of a baby having a LBW increased by 1.6 percentage points when the mother lived close to the airport, in the direction of the runway, during the time when the airport was actively implementing NextGen.

“Loud noise activates a human’s central stress response system, the hypothalamic pituitary adrenal axis, and can cause sleep disruption, an increase in stress hormones, and elevated heart rate and blood pressure,” Yang explains. During pregnancy, a woman’s central stress responses become more sensitive. “As a result, pregnant women are particularly vulnerable to noise because of this increased sensitivity to noise,” he says.

“Our finding has important policy implications for the trade-off between flight pattern optimization and human health in light of the long-term impact of LBW on later life outcomes,” the team writes in a paper published in the Journal of Environmental Economics and Management. “... Although the immediate impact is on fetal health, this can have far-reaching impacts on adult health. Attention to this unintended consequence is especially important in light of the many efficiency benefits attributed to NextGen.”

Yang has also discovered that light pollution can impact fetal health—yet another example of a trade-off for policymakers to consider. In many countries, he says, nighttime brightness is seen as a sign of economic prosperity.

“In a lot of economic studies,” he explains, “we use satellite data where we can see how bright the night sky really is for a particular country or a particular region to measure economic growth.”

However, this symbol of prosperity can have unintended consequences. 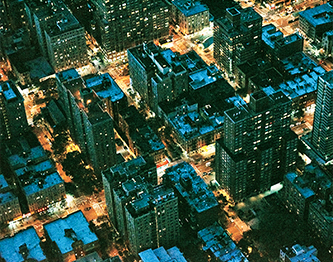 Exposure to artificial light at night (ALAN) can disrupt the production of the sleep hormone melatonin, which regulates a human’s sleep-wake cycles. The resulting sleep disruptions lead to adverse health outcomes. This is true, Yang has found, for birth outcomes as well. In a recent study, “Light pollution, sleep deprivation, and infant health at birth,” Yang partnered again with colleagues Argys and Averett and found that light pollution can increase the likelihood of preterm (i.e., gestation under 37 weeks) birth by 12.9%.

The study—the first to uncover the fetal health impact of light pollution based on a direct measure of skyglow, the artificial brightening of the night sky in a built-up area—appeared in the Southern Economic Journal.

Previous studies have focused predominantly on night-shift work, and researchers have inferred workers’ exposure to light rather than measuring the light pollution in question. Yang and his colleagues used a direct measure of skyglow gathered from the Loss of the Night project, which invites “citizen scientists” to use an app to identify stars they are able to see in the night sky. The team confirmed the quality of the skyglow measurements and the negative correlation between skyglow and sleep with data on sleep deprivation from the 500 Cities Project, a joint initiative of the Centers for Disease Control and Prevention (CDC), the Robert Wood Johnson Foundation, and the CDC Foundation that provides city-level and census tract-level estimates for 27 chronic disease measures.

They then compared this information with birth records from the New Jersey Department of Health of all live births in the state between 2011 and 2015. These data included information about the birth mothers, including residential ZIP codes.

“Light pollution is not a small problem,” says Yang. “It is an ongoing and also worldwide problem. In my study, I saw that in many cities in the U.S., artificial lighting at night is almost 10 times brighter than natural nighttime. There have been studies showing that in recent years there has been an increase in light pollution in many countries.”

Arguing that a nation doesn’t have to sacrifice good health in the name of economic growth, Yang cites a comparison of ALAN in Germany to the United States.

“There are studies showing that cities in the U.S. use many times more artificial light at night, per capita, than cities in Germany,” he explains. “Some of the difference in lighting use could be explained by the fact that cities in Germany are lit much more conservatively at night. This comparison helped me realize, well, we don’t have to pay the price of economic growth for better health. There are alternative ways. We actually should be better observers of other [nations], see what others do with the trade-off and then see what we can learn from them,” he says.

To Yang, this work is much more than academic—-it can be life-changing.

“I see my research efforts as a way of speaking for the vulnerable members of society, such as infants and pregnant women,” he says. “It also reminds me of this kind of social responsibility: We are doing research, we are finding new results, and this can be really meaningful. It can, in some way, change people's lives. I think we need to be aware of our social responsibility of conducting research.” 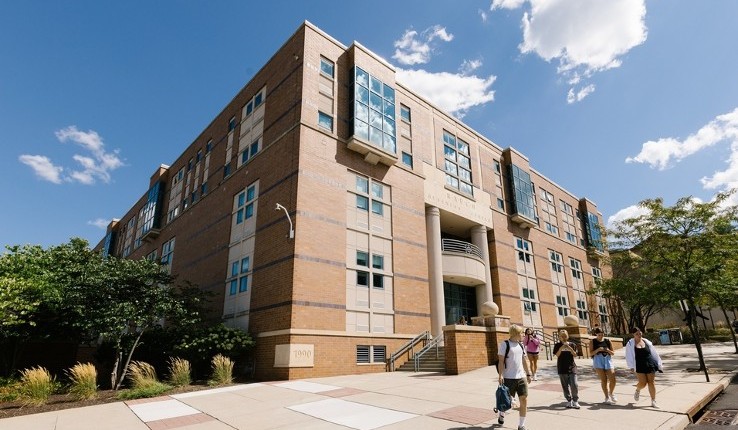 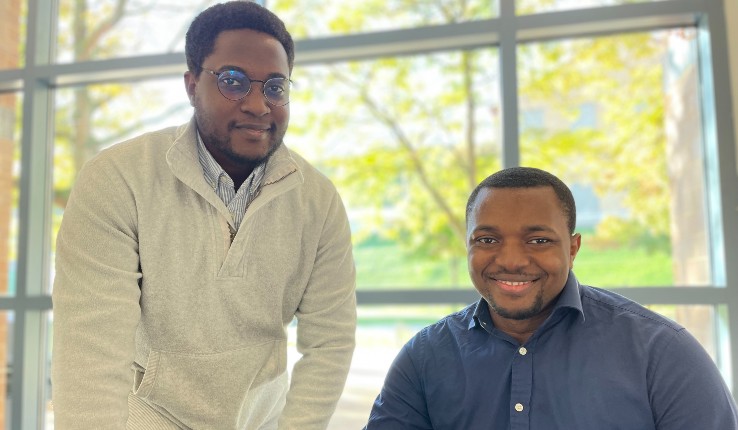 Using the Weather to Predict the Markets

Two students in the Masters of Financial Engineering program are creating a method for using alternative data signals to make trade decisions. 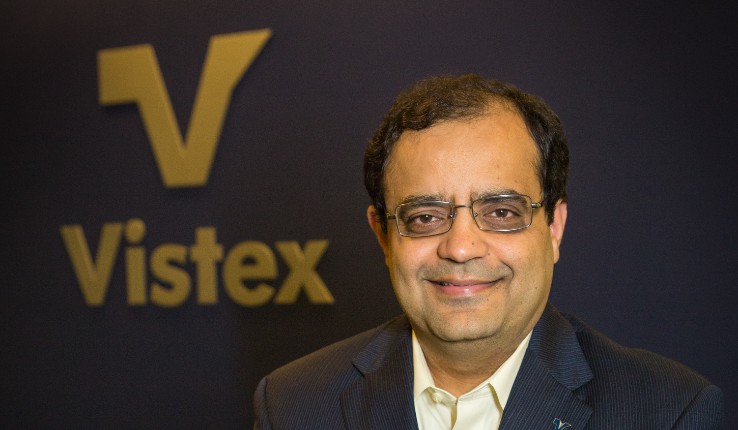 Founder and CEO of enterprise software company Vistex to talk about balancing the benefits and harm of technology.