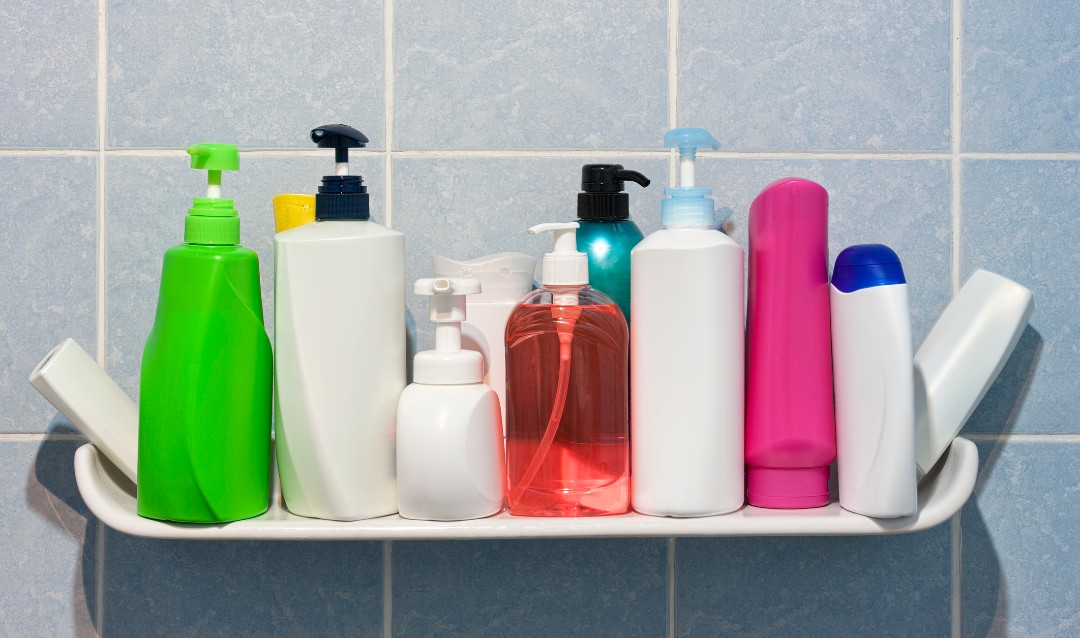 It becomes annoyingly easy to knock over a shampoo bottle when it’s nearly empty. This is an easily observed and curiosity-provoking phenomenon that, according to Lehigh physics professor Jerome Licini, yields insights into center of mass and impacts.

“The physics of that is pretty interesting and easy to understand,” says Licini, who, along with first-year physics major Allen Zijun Yuan '23, wrote a paper on the phenomenon that was recently published in The Physics Teacher. In the paper, they find the center of mass of a shampoo bottle, discuss its stability on a tilted surface, and demonstrate its sensitivity to impacts using a simple experiment involving a tennis ball and a protractor.

Yuan developed a demonstration to show the effect of impact and, it turns out, it’s even more extreme than just looking at angle.

A five-minute video of this demonstration is available and can be viewed here. The experiment that uses a tennis ball, protractor and shampoo bottles with varying degrees of fullness to show the effects of impact starts at 2:40.

As Licini explains in the video, using a full bottle of shampoo: “So, what we have here is a tennis ball mounted on a string that can draw back to different angles. You put a protractor over here to measure that launch angle. And watch what happens as it impacts this shampoo bottle. So, you can see that for an angle of ten degrees, nothing happens. For an angle of 15 degrees, the bottle’s still stable. It takes an angle of about 23 degrees in order to give this bottle enough rotational energy or angular momentum, in order to raise the center of mass above the stability point, and topple [the bottle].”

Conducting the experiment with a shampoo bottle that is 30 percent full, Licini says: “When we have our bottle with the lowest center of mass about filled to 30 percent, again it’s still fairly stable. At five degrees, it bounces off no problem. At ten degrees, there’s impact but still it rocks and then comes back to stability. That’s because the center of mass is low. It takes an angle of about thirteen degrees in order to finally knock that bottle over.”

Then, finally, using the empty shampoo bottle, Licini explains: “But the empty bottle is much more annoying than all that. Because the mass is so light, that means it’s going to have a large response to impact. And, because the center of mass is so high [above the base], it’s going to topple over easily. So, in this case, it only takes an angle of about three degrees in order to knock that bottle over. So, much less stable than any of the other configurations.”

The authors write: “We constructed a demonstration to produce impacts from a pendulum bob. A tennis ball of mass 57.7 g striking the bottle at an altitude of 13.7 cm turned out to be a good match of mechanical impedance and center of percussion. A string was tied to the tennis ball so its center would travel in an arc of radius 37 cm, and a protractor was mounted to determine the release angle of the pendulum, with 0° indicating the point of impact when the string was vertical ... The launch angles required for the impact to tip the bottle could be determined to ±0.5°and were approximately 20.5° for a full bottle, 12.0° for the maximum stability level, and only 3.0° for the completely empty bottle. The initial potential energy of the tennis ball at these angles is given by mgl[1 − cos(θ)] and yields corresponding values of 13.2 mJ, 4.6 mJ, and 0.3 mJ, illustrating the drastic decrease of energy required to tip the empty bottle.”