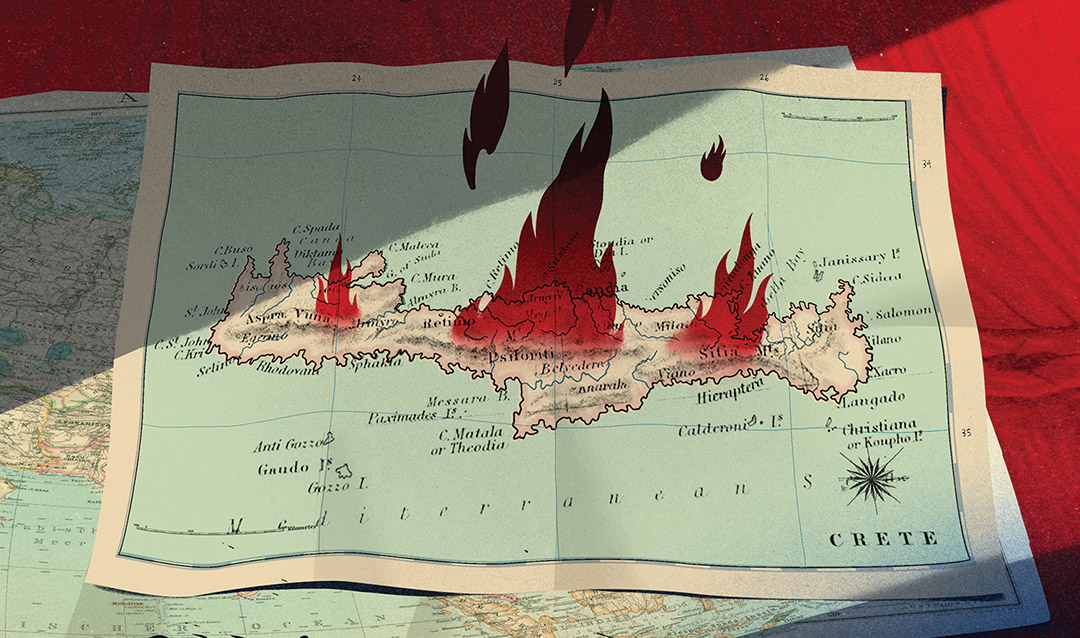 As a child growing up in Istanbul, Uğur Z. Peçe says he always perceived his city, and his country, to be a multicultural one.

Though Turkey has always been a predominately Muslim nation, it was not uncommon, Peçe says, for him to have a neighbor who wasn’t Muslim, a friend who wasn’t an ethnic Turk, or schoolmate who was Armenian. Istanbul was a truly cosmopolitan city—one that was home to people from all backgrounds and all religions.

But even as a child, Peçe realized that the reality of his nation, and his experience in it, was not reflected in the way his teachers taught him Turkish history, or the way the story of the nation was portrayed to him in textbooks. Something always seemed to be missing, he says.

“When I started reading history, I realized that the Ottoman Empire was so different than the way Turkish state of today made it out to be,” Peçe says. “It was actually a multi-ethnic, multi-religious Empire, and so I became interested in the silences—the gaps—in the history books. Students simply weren’t taught about the religious and ethnic diversity of the empire preceding this nation-state, and when these people were talked about, it was mostly in negative terms. ‘They were not loyal to the Empire. They were foreigners.’ There was a stigma around them. Such generalizations made me suspicious of the type of history taught in schools. So I think that studying history, for me, has been a device to resist that.”

Ultimately, Peçe’s interest in the untold stories of Turkey’s minority populations drove him to pursue an ongoing investigation into the nation through the lens of immigration and displacement, and how the political and cultural forces that have swirled around Turkey for centuries have changed the very face of a once-dominant empire.

Peçe, an assistant professor of history, is currently at work on a book that will explore one of the most dramatic—and least understood—forced migrations in the history not only of Turkey, but of the broader region as well. Specifically, Peçe’s work, which builds on his dissertation from his time as a Ph.D. candidate at Stanford University, is focused on the turbulent history of the island of Crete during the late 19th and early 20th centuries.

It was a time that saw conflict literally tear the once peaceful island apart, and a story that ended with nearly 80,000 Muslims, generally known as Cretan Turks, expelled from their onetime home. Most would never return. Yet, despite the massive implications of this conflict, few historians have ever explored it.

“This is not because it was not an important moment,” Peçe explains. “Rather, like many other moments in history, when things happening in a certain place are deemed to be important [by the broader world], then that place is put in the spotlight. But when the crisis is perceived to be resolved, it becomes almost forgotten. And that’s what happened to Crete.”

When the crisis is perceived to be resolved, it becomes almost forgotten. And that’s what happened to Crete.

The spotlight that shone on Crete during Peçe’s specific years of interest—1895 through 1912—did so, not surprisingly, because the island was deemed to be strategically important not only for the Ottoman Empire and neighboring Greece, but for Europe’s great powers as well. During this singular period of history, Peçe says, Crete was as important to world peace as the Balkans would become in the buildup to World War I.

As Peçe has researched his book, he has traveled to Turkey, Italy, England, Greece, Austria and France, as each nation holds extensive diplomatic archives about the crisis on Crete. Those documents offer crucial insights into the issues that gave rise to what Peçe considers to be a Cretan Civil War, how some of the most powerful nations in the world reacted to that war and how, ultimately, the people known as the Cretan Turks—a Muslim people of Greek descent—ended up relocating, permanently, to Anatolia, Syria, Egypt, Libya and the Balkans.

“All of these European powers played active roles in what was happening in Crete,” Peçe says. “They were so interested in what was happening on the island that they had consulates there. But in 1912 and 1913, that spotlight goes away, and the consulates are closed and these nations leave the island. And of course what happens is that these documents end up in their diplomatic archives, and these documents provide extremely rich perspectives on what happened there. So basically my aim is to bring together these diverse viewpoints: the Turkish side, the Greek side and the European side.” 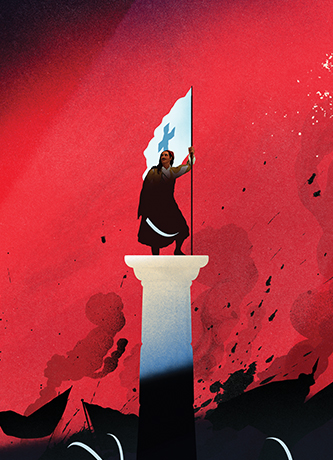 Though unique in many ways, one of the root causes of the Cretan Civil War is hardly unique at all: sectarianism.

In the years prior to the crisis, dating back to the 17th century, Peçe says, the multi-cultural people of Crete coexisted mostly without serious incident. Though the island was home to both Christians and Muslims, both groups were of Greek origin, spoke Greek, and shared a Cretan culture distinct from either Greece or the Ottoman Empire.

But starting with the Greek War of Independence in the 1820s, geographic divisions began to develop between the two cultures, with Muslims being driven to the island’s urban enclaves and the Christians settling in the more vast rural areas. A tenuous peace, punctuated by occasional conflict and Christian uprising against Ottoman rule, would hold over the following few decades. But in 1895, simmering tensions finally gave way to a series of isolated clashes. Those isolated clashes eventually sparked the conflict that would prove to be the endgame for Crete’s multi-ethnic identity.

“When the island devolved into civil war, what we have is the phenomenon of internal migration—an island full of internally displaced people,” Peçe says. “The Muslims that live in the countryside leave their villages for the cities on the coast, and for months they live there essentially as refugees.”

The growing crisis created a vacuum of power and control, and it is at this moment that the European powers intervened. A destabilized Crete was not in the best interest of any of those powers—a great concern was that an uncontrolled crisis on Crete could spread into the Balkans and eventually into Europe—but a Crete under the control of any of their other rivals was even more problematic. Which is why England, France, Russia and Italy all rushed to fill the void, or at the very least, assert their presence on an island on the brink.

“When you look at the confidential correspondence in the French documents, especially, the thing you see is very profound suspicion toward the British,” Peçe says. “They were thinking, ‘The British will probably wait for the right moment, and they will grab this island because of its strategic importance, especially thanks to having one of the deepest natural harbors in the entire Mediterranean.’ So the French are very suspicious.”

“Even though they have suspicions toward one another, they were trying to find common ground to move forward,” Peçe says. “And why were they there? You can see in these diplomatic documents a big anxiety about what’s going to happen to Europe if this crisis cannot be contained. If it spilled over into the Balkans, the major worry was that it was going to spill into Europe—which happened, of course, in 1914.”

In one sense, the European interlopers succeeded in containing the Cretan Civil War to Crete itself. But that doesn’t necessarily mean they succeeded in preventing a crisis, at least for the Cretan Muslims.

As Peçe explains, the situation on the island only devolved in the years between 1895 and 1898, with Crete’s Muslim populations finding themselves under siege in their urban centers. The hostilities drove the Muslims slowly from the island, and by 1908, the increasingly Christian-controlled territory had moved to formally leave the Empire and become part of Greece. It was a union the international community formally recognized by 1913; a year later, the continent would descend in the greatest cataclysm the world had ever seen, and except for the thousands of Cretan Turks who were forced to leave Crete as part of a massive population exchange between Greece and Turkey in 1923-24, the conflict was taken out of the spotlight.

But now Peçe is working to bring that spotlight back, with the hope of shedding light not only on the dynamics of a violent conflict that fractured a culture and tore apart an island, but also how what happened on Crete would ultimately portend the greater disaster, rooted in many of the same dynamics, that was yet to come.

“When [World War I] started in Europe, it started in the Balkans, and while it didn’t erupt specifically because of Crete, when you look at the complex power struggle of the European states about Crete before 1913, you cannot help but think that there is a relationship between the dynamics of the Cretan crisis and the world conflict that began in 1914,” he says. 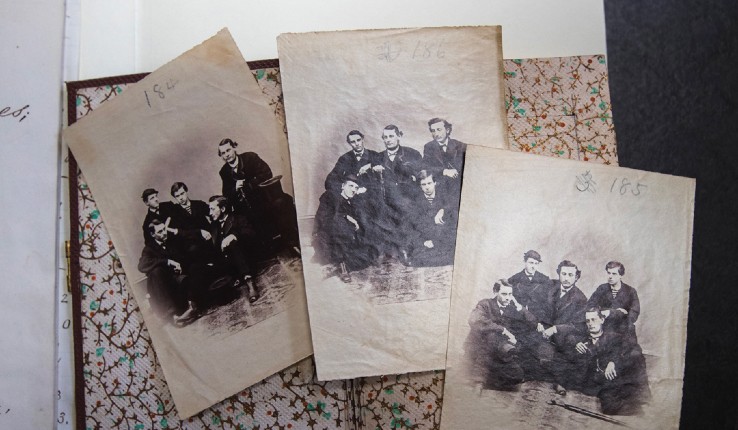 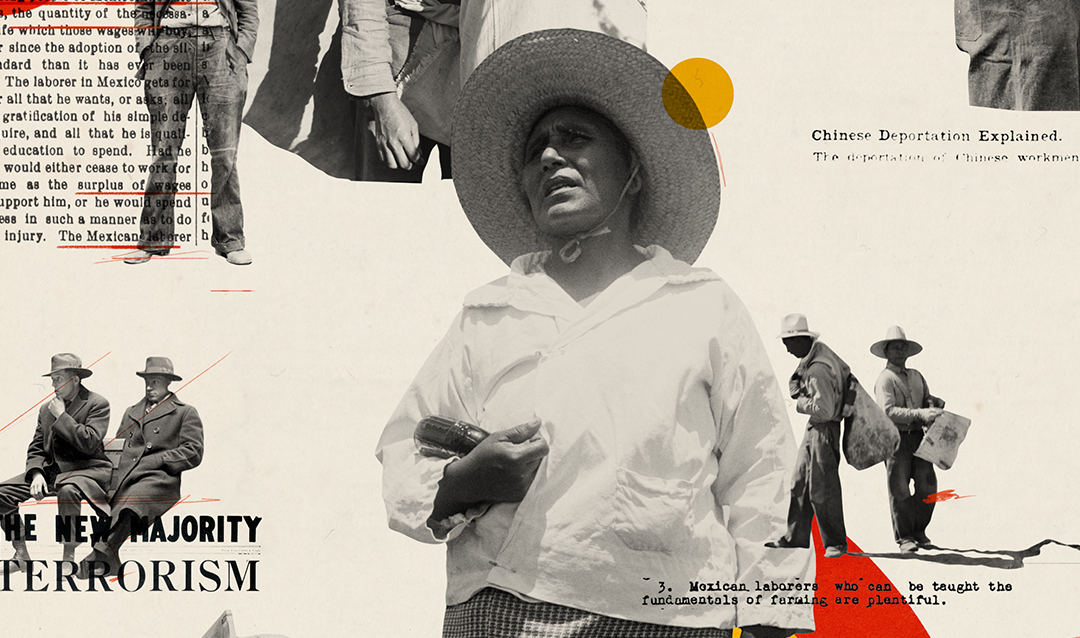 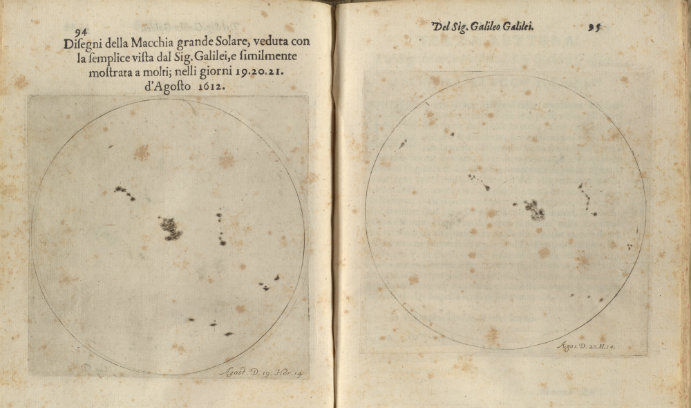 A History of Data Visualization

New exhibit in Linderman Library showcases historical charts, maps, graphs and other images that show the importance of data visualization.