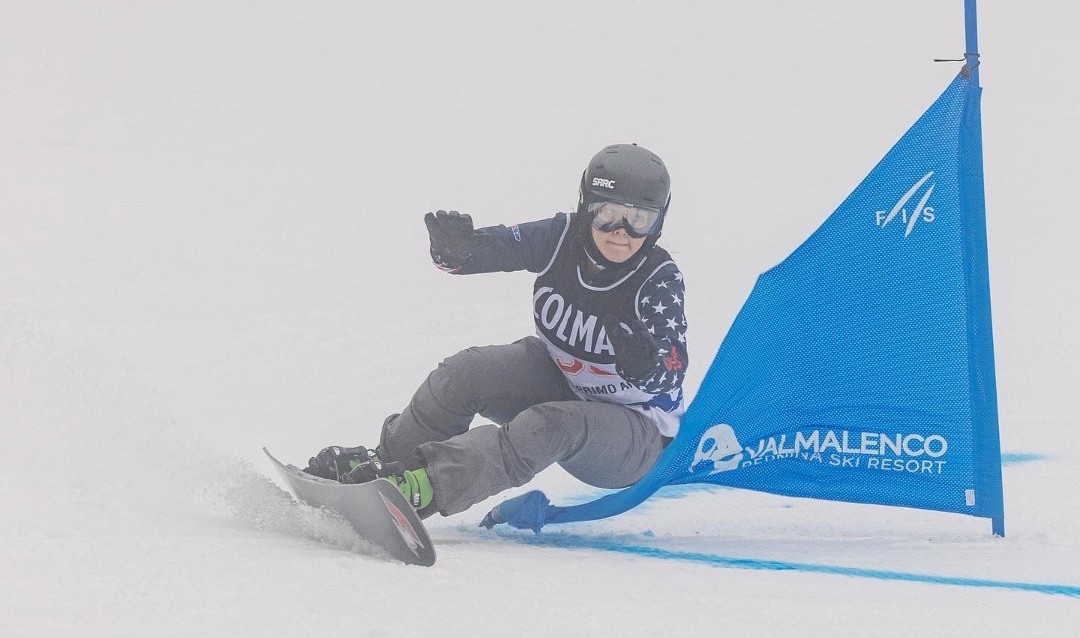 Mika Kizuka was all smiles flipping through what she called her snowboarding bible, a perfect-bound notebook documenting the travels of her training and competing as a professional athlete. Some of the pages have loosened, their edges creased with age, each gentle to the fingertips.

There are sketches of optimal body positions, plane tickets, luggage tags and notes of nicknames for her favorite boards and their measurements. A special entry shows autographs from some of her snowboarding heroes, whose level she’s now competing at. 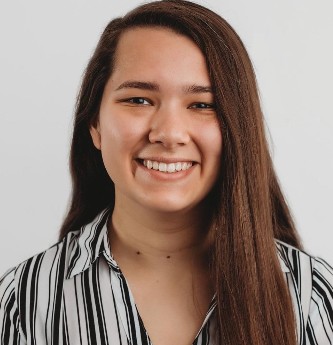 This spring, the snowboarding bible came with her to Valmalenco, Italy, where Kizuka competed against globally ranked athletes as one of the top six women representing the United States at the International Ski Federation Snowboarding Junior World Championships. She placed 35th in parallel giant slalom on March 31 and 31st in parallel slalom on April 1.

“There were 45 competitors from all around the world, some of whom competed at the 2022 winter Olympics in Beijing,” she says. “It was a stacked field, but it was so much fun.”

The competition came after Kizuka experienced one of the sport’s worst challenges. In 2019, she broke her ankle, which forced her to take time off. What’s worse, Kizuka was confident she had fully healed when an aggressive turn snapped her already distressed heel and reversed the painful recovery process.

The subsequent surgery deprived her of competing for a season—the break eventually prolonged by the COVID-19 pandemic.

“It has been a very difficult journey,” she says. “Some days I wake up and my ankle would be so swollen I can’t even fit into my snowboarding boots, not to say, compete.”

During her second recovery, when the physical and emotional setbacks were inflicted anew, Kizuka rediscovered a project from high school, where she interviewed people with disabilities who were participating in snow sports. For many of the interviewees, she says, the physical perseverance helped them redefine the traumatic experience that had left them with the injury and once again take control of their life. Kizuka says their inspiring stories encouraged her to maintain a positive outlook.

“This year, my main goal was to figure out how to get comfortable snowboarding again, without being afraid of hurting myself,” she says. “There are always rocks under the snow, but we just have to glide right over them.”

Another source of motivation came from her two siblings, she says. In 2019, Kizuka competed at her Junior World Championships in Slovenia along with her older sister, Kaiya Kizuka, whom Mika started snowboarding with at the age of 2 at a small hill in eastern Pennsylvania. This year, her younger sister Akina Kizuka competed with her in Italy. Kizuka says a little sibling rivalry reminds her to push herself every time she goes down the snow-covered slope.

At Lehigh, Kizuka is an IDEAS [Integrated Degree in Engineering, Arts and Sciences] major with concentrations in mechanical engineering, computer science and product design. She also participates in the Formula SAE team and is the leader of the drumline for the university’s marching band. She says she hopes to race at the World Cup level and at the Winter Olympics in 2026. Before that, she’s looking forward to filling up her snowboarding bible, one practice at a time.

“My snowboarding coach always tells me that when he's old and senile, he’s going to try to buy this book from me,” she says, with a smile. “It’s my everything.” 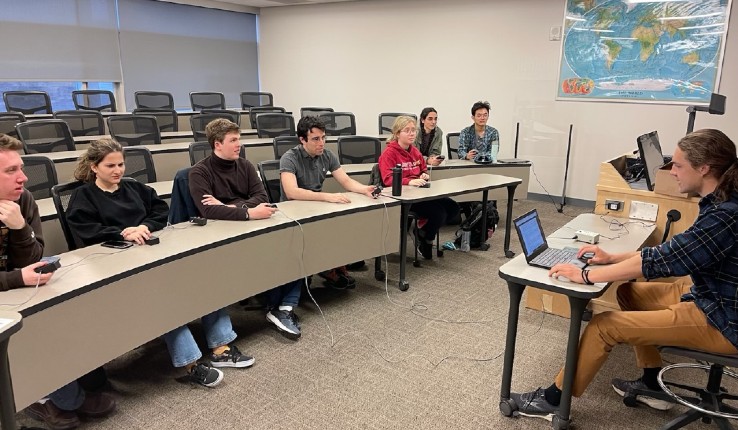 A team of four Lehigh students is headed to the Chicago area for the premier national competition less than two years into the club’s existence. 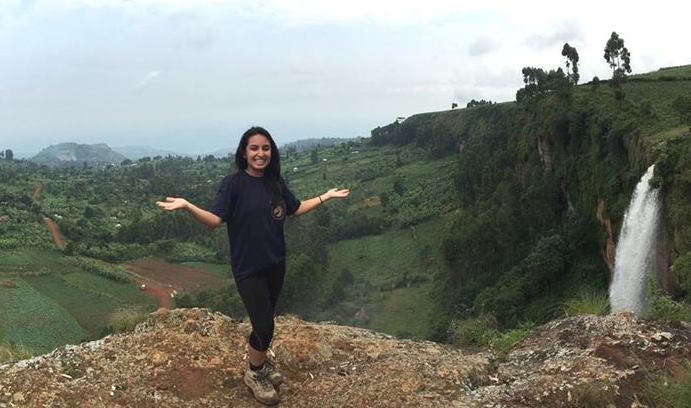 An internship in Uganda gives an IDEAS major the freedom to find her interests.