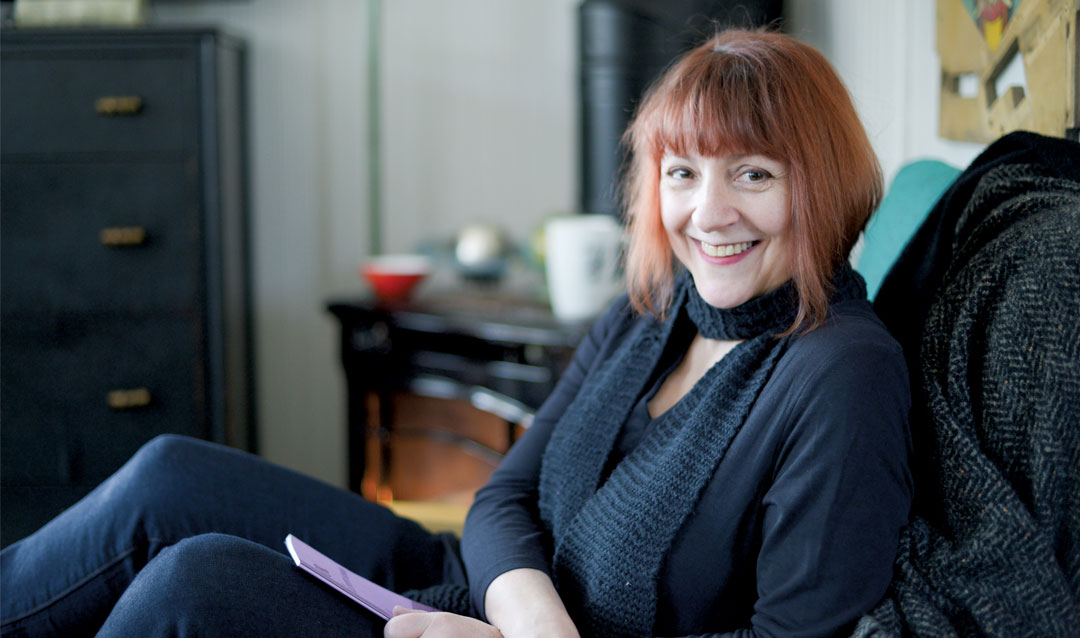 Combining the Classical and the Experimental

Playwright Liz Duffy Adams enriches Lehigh as the Theodore U. Horger ’61 Endowed Artist-in-Residence for the Performing and Visual Arts

Award-winning playwright Liz Duffy Adams saw Twelfth Night at The North Shore Music Theater in Beverly, Mass., when she was 15 years old. After the show, she waited until all her classmates were back on the buses before venturing onto the stage alone. That’s when it hit her: I belong here, she thought to herself, and I will find my way to belong in this world.

At 18, Adams moved to New York City, where she attended New York University's renowned Stella Adler Studio of Acting before transferring to the Experimental Theater Wing. For a time, she tried to be a regular actor, going to auditions and getting an agent, but it turned out to be a bad fit for her.

“It felt like my entire life was about asking permission to be an artist,” she says. “So I decided to write a play and send it to one theater.”

That play was accepted and performed by the now-defunct One Dream Theatre in Tribeca. Actress Edie Falco, a member of that company at the time, was the one who chose it and starred in it.

“So the world was saying ‘no’ to me as an actor but ‘yes’ to me as a playwright,” Adams says.

To date, Adams’ works—which include neo-restoration comedy Or and Dog Act, which she describes as “a post-apocalyptic vaudeville”—have been widely produced and regularly praised for their epic, mythic character. Of special note is her facility with language, which is rich, evocative and spiced with an unforced, sophisticated humor that doesn’t undermine the gravity of the subject matter.

Lehigh students had the opportunity to learn how a real playwright like Adams operates when she served as the Theodore U. Horger ’61 Endowed Artist-in-Residence for the Performing and Visual Arts.

Adams taught an Introduction to Playwriting course in spring 2019. During that time, she also worked on a new play she wrote for Lehigh that will be performed in fall 2019. With the tentative title of The Broken Machine, it deals with the theme of climate chaos and was inspired by the recent devastating fires in California. The story follows the plight of four people—and a somewhat mythical being—fleeing the fires in the wilderness.

In addition to the intellectual, visual and aural charms of her plays, the core of Adams’ work is still the ancient art of actors getting up on a stage in front of an audience, in the same room, live together, telling a story.

Adams always wanted to belong to that ancient art and world, with all its superstitions and traditions. And though her aesthetic is fairly fixed, and her plays share some common themes, she frequently sets formal challenges for herself so that she can write a different kind of play each time.

“I love that there’s a continuity going back to that teenage experience of
Twelfth Night,” she says. “Somehow, we still have theatre despite all this new technology—and that is wonderful.”

A longer version of the story first appeared in Acumen, the magazine of the College of Arts and Sciences.