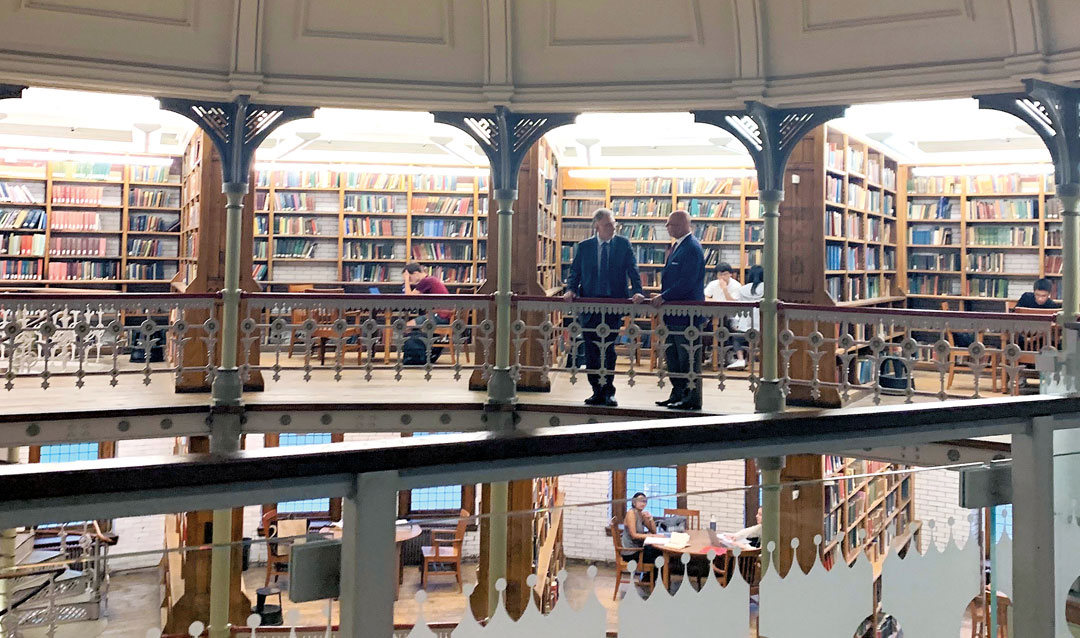 Celebrating 'The Brown and White'

Prominent journalists Marty Baron ’76 ’76 MBA ’14H and Michael Smerconish ’84 were among the alumni who returned to the Lehigh campus in September to help celebrate the 125th anniversary of The Brown and White.

Baron, executive editor of The Washington Post, headlined an evening discussion on “The Future of Journalism” with editors from the student-run newspaper at Baker Hall in Zoellner Arts Center. Earlier, he sat down with Smerconish, a CNN host, to tape an interview on campus for his Saturday morning show on the cable news network.

At the “Future of Journalism” event, Baron talked about his time at Lehigh as editor of The Brown and White, journalism as a profession and the future of the industry. The conversation covered timely topics as well, such as how the news industry covers a presidential impeachment inquiry and how readers can discern what is legitimate news.

Matt Veto, professor of practice in journalism and communication and faculty advisor to The Brown and White, welcomed the many alumni in attendance back to campus, while also explaining the newspaper’s start, evolution and future. He thanked those attending the event for their support of student journalism, and specifically, the newspaper alumni for their legacy.

“Having you here tonight serves as a reminder to our future leaders that we all started somewhere,” Veto said. “And for the many alumni gathered here tonight, that somewhere was right here.”

Jack Lule, professor and chair of the department of journalism and communication, surprised Baron with a relic of his early journalism days—a framed copy of his first byline in The Brown and White.