The title illustration from a 1678 pamphlet called “The Mowing-Devil: Or, Strange News out of Hartford-shire.” Keetley and her colleagues have chosen this image as the logo for “Folk Horror in the 21st Century,” a conference planned for September 2019 in at Falmouth University, U.K.

To Dawn Keetley, professor and chair of English, horror is not about the jump-scares and killing-for-the-sake-of-killing central to many popular slasher films.

“The horror films that I like are the ones that are intelligent, the ones that have a message [and] are clearly saying something...I just think horror films are some of our most interesting and rich popular culture texts,” she explains.

Writer-director Jordan Peele’s 2017 film “Get Out,” says Keetley, is a perfect example. The critically acclaimed blockbuster grossed more than $255 million worldwide. It was nominated for four Academy Awards and won the award for Best Original Screenplay, making Peele the first African American writer to win in that category.

Keetley explores the political underpinnings of “Get Out” as editor of Jordan Peele’s ‘Get Out’: Political Horror, a collection of essays forthcoming from Ohio State University Press in the New Suns series. The film, she writes in her introduction, “centers on an African American man, Chris, who takes a trip to his white girlfriend’s wealthy family in upstate New York. The off-putting family visit immerses Chris in a world of microaggressions that get progressively more unnerving, even sinister, culminating in the terrifying moment when he realizes he has been seduced into a deadly trap.”

Keetley believes the book is the first scholarly publication to examine “Get Out.” However, she says, the connection it draws between horror and politics is not new.

“‘Get Out,’ I think, was innovative in the thoroughness with which the horror and its political subtext was interwoven,” she explains. “But part of what the [book] does is make the point that political commentary has been a longstanding tradition in the horror film … It’s always been there.”

The collection includes 16 essays from contributors ranging from emerging to established scholars. In her substantial introduction, Keetley traces “Get Out” within the tradition of political horror.

“Jordan Peele really knows horror films, so he’s very self-conscious about drawing on horror film tropes to make a political statement,” she says. “[For example,] I think 1975’s ‘The Stepford Wives’ is one of the principal influences of ‘Get Out,’ and that film was explicitly political. It raised issues taken up by the women’s movement in the 1970s—women’s oppression in the home and in the suburbs—so he’s really drawing on the political efficacy of horror by referencing Bryan Forbes’ film.”

The book tackles the film in two sections. The first section includes essays about the politics of horror, or “essays that root ‘Get Out’ in the horror film and Gothic tradition, showing how Jordan Peele was continuing what the horror film, and even the Gothic, has long been doing.” The second half of the book focuses on “how ‘Get Out’ illuminates and intervenes in the terrifying aspects of its political moment”—the horror of 2010s politics.

Keetley notes that, according to Peele, the film reflects several political moments: “Peele said he started [‘Get Out’] when Obama was president, and he was questioning the whole idea that we were post-racial in Obama’s America. But then Trump was elected and [Peele] said the entire political look of things shifted. I think his films say something about both political moments.”

Given Peele’s planned series of what he calls “social thrillers,” Keetley believes the conversations that erupted around ‘Get Out’ will continue—and have continued in the wake of the director’s second film, “Us.” While Peele is on record as saying “Get Out” demonstrates that everything is about race, he has claimed that “Us” shows that not everything is about race. Both claims are provocative, and scholars will no doubt continue to tease out their implications, says Keetley.

I just think horror films are some of our most interesting and rich popular culture texts.

The Renaissance of Folk Horror

Keetley, who has edited several other books, including “We’re All Infected”: Essays on AMC’s The Walking Dead and the Fate of the Human, is the author of Making a Monster: Jesse Pomeroy, the Boy Murderer of 1870s Boston, and runs Horror Homeroom, a blog that explores all aspects of horror. She is also editor for a Lehigh University Press series, Critical Conversations in Horror Studies.

Horror, she says, can offer thoughtful perspective on issues that some might write off as mere entertainment, and its impact is not limited to current films. Take folk horror, for instance.

“Jordan Peele is hot, but folk horror really is, too,” Keetley says. “It seems to be everywhere.”

Films in the folk horror subgenre draw their terror from folk tales or folklore. Folk horror flourished in the late 1960s and early 1970s in the United Kingdom with films such as “Witchfinder General,” “The Blood on Satan’s Claw,” and “The Wicker Man,” and is experiencing a resurgence today. More contemporary examples include the recent remake of “Pet Sematary,” Ben Wheatley’s “Kill List,” Corin Hardy’s “The Hallow,” Ari Aster’s “Hereditary” and “Midsommar,” and David Bruckner’s “The Ritual.”

“They’re all loosely based on this typical folk horror plot, in which someone, often an urban dweller, goes on a trip into a rural landscape, an isolated village, for instance, and runs into local inhabitants who have a very strange set of beliefs. These beliefs are often rooted in folk culture, even pagan, pre-Christian religion, and the person who intrudes into the rural community generally doesn’t fare very well: They’re alienated and oftentimes end up the victim of a violent culminating sacrifice.”

Folk horror, says Keetley, isn’t only based on folklore. It also depicts the clash between old and new values—and it’s often a brutal clash.

“‘Pet Sematary’: That’s definitely folk horror,” she explains. “A family arrives in rural Maine and they discover this practice rooted in old tribal practices of burying people—but they don’t stay buried. They come back to life in rather sinister form. So there’s old meets new, urban meets rural, and there’s definitely a concluding violent, even sacrificial act.”

In celebration of folk horror, and to take account of its resurgence, Keetley and collaborators Ruth Heholt and David Devanny of Falmouth University, UK, and Joanne Parsons of Bath Spa University, UK, are planning a conference for early September at Falmouth University. “Folk Horror in the 21st Century” aims to “represent the ‘state of the art’ of folk horror scholarship about all periods and regions,” and will include presentations on all aspects of folk horror in film, TV, literature, art and music, as well as the significance of the genre’s renaissance. The conference has received support from Lehigh’s Office of International Affairs.

The conference planning team received more than 100 abstracts from scholars around the world. Presenters hail from the U.K. and the U.S., as well as Australia, Japan, Korea, Turkey and Sri Lanka, to name a few.

“We really wanted to broaden the reach of what’s typically talked about as ‘folk horror,’” says Keetley. “Scholarship has tended to focus on the U.K. and, to a much lesser degree, the U.S., but we have presenters at the conference who will, for instance, be exploring what folk horror looks like in Asia.”

Keetley is also writing a monograph tracing the history of folk horror from its beginnings to its reinvention and reemergence in contemporary fiction and film—an unsurprising development, Keetley says, given today’s political environment.

“I do think [the reemergence of folk horror] is connected to the current political moment, both in the U.K. and in the U.S., because in both countries, there’s been an emerging intertwined tribalism and nationalism that is often propelled by the sense that we’ve got to get back to traditional values. In the U.K. it’s, ‘We need to get out of the EU, we need to stop these bureaucrats telling us what to do, [it’s] us versus them, we need to get back to British values.’ And it’s kind of the same thing in the U.S.: ‘Make America great again.’ In the end, then, one of the drivers of folk horror is exactly this tension between a worldview that’s more rooted in local place and local traditions and a worldview that’s more global, more rootless, more mobile. This conflict is centrally and violently staged in most folk horror literature and film.” 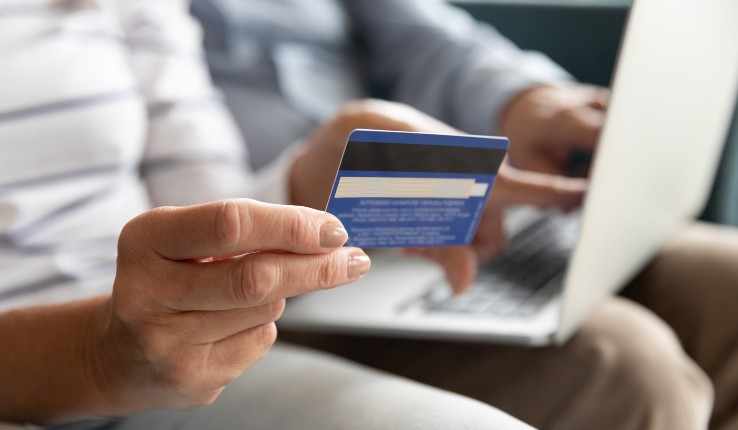