Tamara Lambert: Would You Tell a Lie to Get Your Bonus?

Lambert, associate professor of accounting, found that sometimes lying is the most acceptable form of getting what you want. 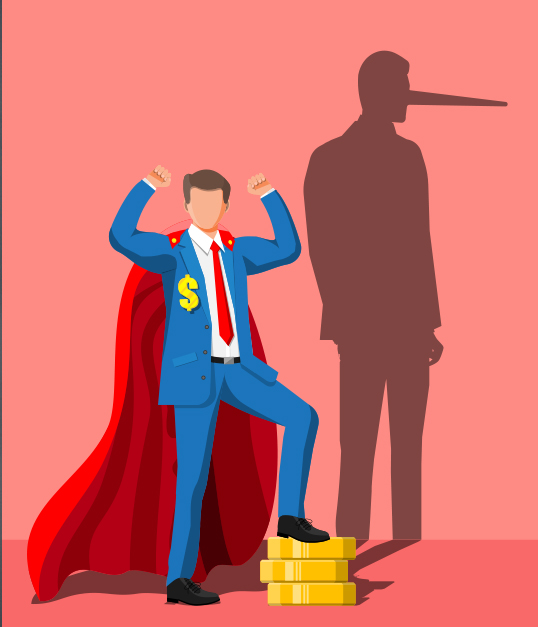 According to Tamara Lambert, associate professor, accounting at Lehigh, previous studies have shown that in the U.S. we see gaming the system (operating distortions) as more acceptable ways to hit benchmarks than lying (reporting distortions). Lambert worked with a team that included Jeremiah W. Bentley, University of Massachusetts Amherst; Matthew J. Bloomfield, Wharton School; and Robert J. Bloomfield, Cornell University. They wanted to understand what caused people to approve of one type of distortion over another.

“Trying to get at the why,” says Lambert, “a lot of people will say, ‘Well, it’s easier for the SEC to detect reporting distortion.’ We were wondering, is it really the features of the financial reporting environment, or does it come down to a fundamental aspect of how people make decisions? They get a little queasy about lying.”

To better understand the underlying behavior, the team completed three studies with the general public, who were not necessarily from the financial sector. The participants were told a story about “Joe the equipment salesman” and then rated the relative acceptability of Joe’s actions to get his bonus. In one scenario, Joe counted a sale before the paperwork was official (reporting distortion) to get it in on time to qualify for his bonus. In the other, Joe discounted the price on the equipment, so less paperwork was needed. Joe beat his deadline and got the bonus (operating distortion).

Survey respondents viewed Joe’s gift of a discount (operating distortion) as more acceptable than lying in order for him
to receive his bonus—even though his company stood to make less money.

For the second study, the team placed their scenario within a healthcare environment. “We’re trying to get people to look at the consequences of the actions,” says Lambert. “We’re saying, ‘Hey, this operating distortion isn’t as good as you folks think it is.’”

In this story, “Rick the administrator” runs a struggling hospital. He is just short of his financial goals to get his year-end bonus. Respondents rated two choices. Either Rick got his bonus by falsifying when high-cost medical treatments (reporting distortion) took place, or he could tell his staff to delay providing the same treatments until next year (operating distortion), which could harm patients.

With people’s lives on the line, participants said it was more acceptable for Rick to lie about the numbers to get his bonus rather than delay treatments (operating distortion), according to Lambert.

“All the literature up to this point says that people are more willing to accept operating distortion and our evidence suggests that’s often the case,” says Lambert, “except some of our findings show situations in which lying is more acceptable. That’s why our paper’s title is a mouthful: ‘Measure, Management and the Masses: How contextual, perceptual, and demographic factors affect the acceptability of operating versus reporting distortion.’”

The Joe and Rick scenarios included some backstory about them, explaining how they were experiencing tough times and how hard they each worked at their jobs. This brought in the contextual, perceptual, and demographic factors.

“The more participants perceived that the manager deserved a bonus,” says Lambert, “the less there is this preference against the lying. And it seemed to be more of a factor of subjective deservingness as opposed to objective deservingness.” With more potential harm making up the contextual factor, the participant actually ends up flipping their view of what's acceptable, explains Lambert.

When it comes to demographics, participants with lower socioeconomic status do not have a preference for operating distortion. “They don’t judge that gaming the system is more or less acceptable than lying,” says Lambert. The study also found that the more conservative a participant was, the stronger preference for operating distortion as opposed to lying.

Why it Matters: "Companies may be able to encourage more accurate reporting by developing performance measurement systems so that those who can justifiably think they deserve rewards actually get them," says Lambert.