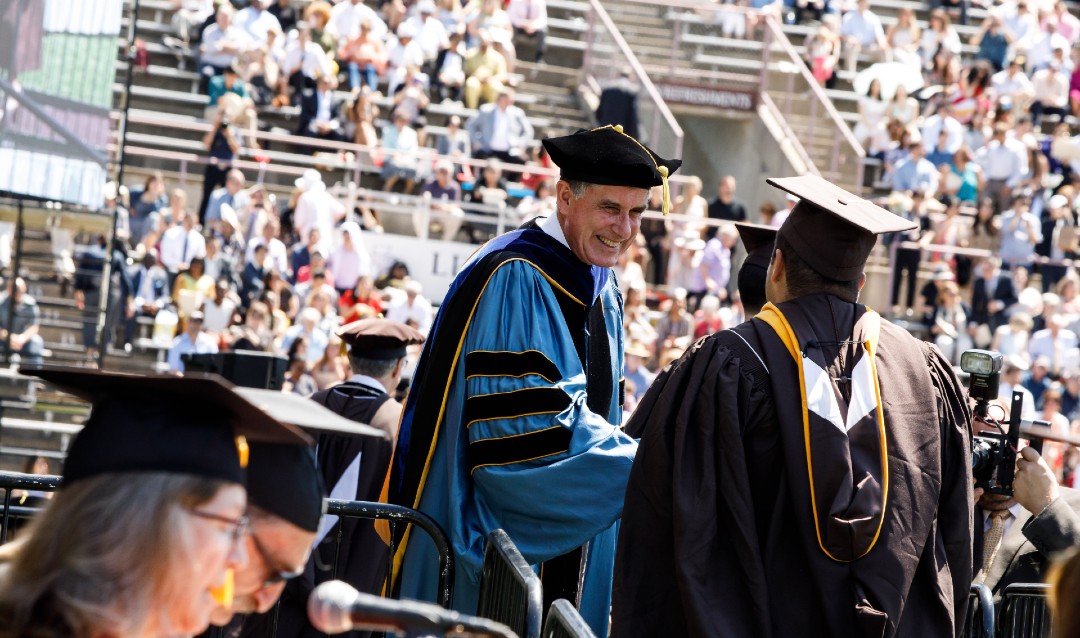 Pat Farrell led a number of key initiatives during his 11-year tenure as provost and vice president for academic affairs.

Reflections on Leadership and Change

Pat Farrell steps down after 11 years as Lehigh’s provost and vice president for academic affairs.

In July 2009, when Pat Farrell arrived on Lehigh’s campus at the start of his 11-year tenure as provost and vice president for academic affairs, he stepped immediately into the implementation phase of Lehigh’s 2009 Strategic Plan.

“It's exciting to see the energy around the new strategic plan,” he said in an interview at the time. “I sense a readiness to say, ‘Let’s see what the Lehigh of the future will look like and let’s start making that vision a reality.’ My sense in talking to people on campus is that there’s a real enthusiasm and optimism about not only what Lehigh has been, but what it can be in the future. And people are anxious to take that on.”

This forward-thinking, action-oriented perspective remained with Farrell throughout his time as the university’s chief academic officer. Today, when he reflects upon that 2009 strategic plan, he recalls an approach that has characterized his leadership of a range of key initiatives, all aimed at bringing about the Lehigh of the future: Get started. 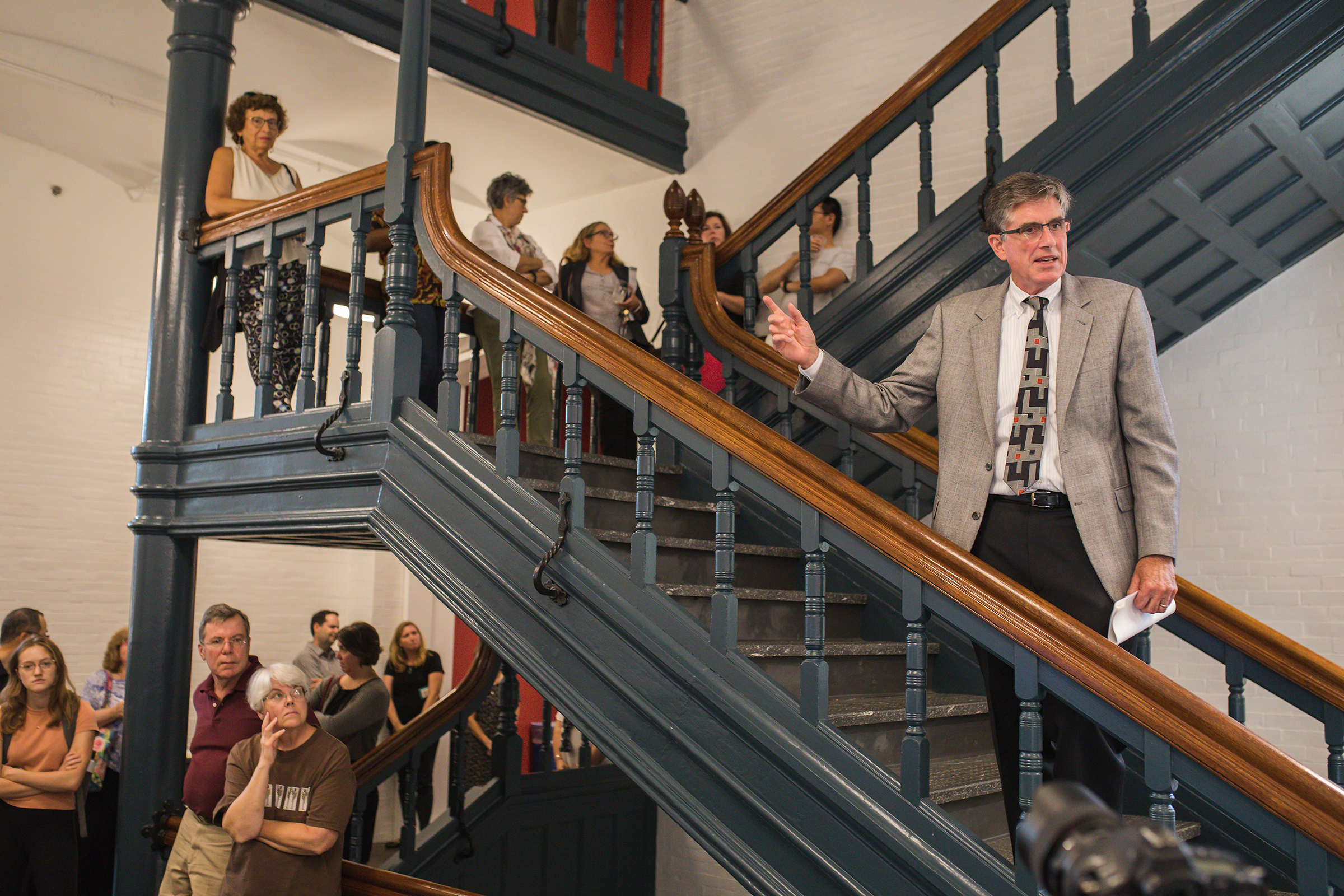 Farrell speaks at the open house for the newly renovated Chandler-Ullmann Hall.

“To start to see success in strategic planning is getting that initial ‘what do we do first?’ on the table. But don't stay there. If we wait to either get total agreement or get everyone on board, it takes too long. That’s also just an invitation for too much navel gazing. ... In my view of active practice around strategic planning, implementation is to start to make things happen as best you can. It won’t always be successful, but get enough stuff to happen [so people notice].”

As Lehigh’s provost, Farrell served as one of the co-principal investigators for the Lehigh NSF ADVANCE Institutional Transformation Grant, and directed the Cluster Initiative, which fosters collaboration through the development of small, cross-disciplinary disciplines and departments organized around a common intellectual theme, as well as the Strategic Faculty Hiring Initiative, which aims to create a more diversified faculty. He played a key role in the development of Lehigh’s Mountaintop initiative and the Data X initiative, and he opened the doors of Lehigh’s Western Regional Office (WRO), which focuses on engaging alumni, corporations and prospective students and guidance counselors on the West Coast. He led the effort to envision and launch Lehigh’s College of Health, and was a key contributor to faculty and student growth, as well as expansion efforts and capital projects under Lehigh’s Path to Prominence.

During his past several years as provost, Farrell also taught an engineering course each spring semester. After a yearlong sabbatical, he will return to Lehigh’s faculty in July 2021 as a professor of mechanical engineering. He will be succeeded by Nathan Urban, who was previously the vice provost of graduate studies and strategic initiatives at the University of Pittsburgh.

“Pat’s hard work and thoughtful leadership have helped push Lehigh forward during an important period of growth and development,” said Lehigh President John D. Simon. “He has been a steadfast leader and a trusted colleague, and I am grateful for the wisdom, enthusiasm and dedication he brought to this university and to our leadership team. Lehigh is a better place because of his leadership and service.”

The Path to Leadership

He arrived at the University of Wisconsin-Madison in 1982 as a faculty member in the College of Engineering. He later would serve from 2006-2008 as UW-Madison’s provost and vice chancellor for academic affairs. Farrell decided to shift his focus from teaching to university administration, he says, after a variety of experiences he had as a professor. Among them was his work on a team that developed a new hands-on design course for first-year engineering students.

“I’d learned a few things and had a different perspective to offer...and one that I thought would be helpful. [I had] a sense that I might be able to make some contributions that other people might not,” he says. More could be done, he thought, “and sometimes very conventional thinking isn’t likely to make it happen.” 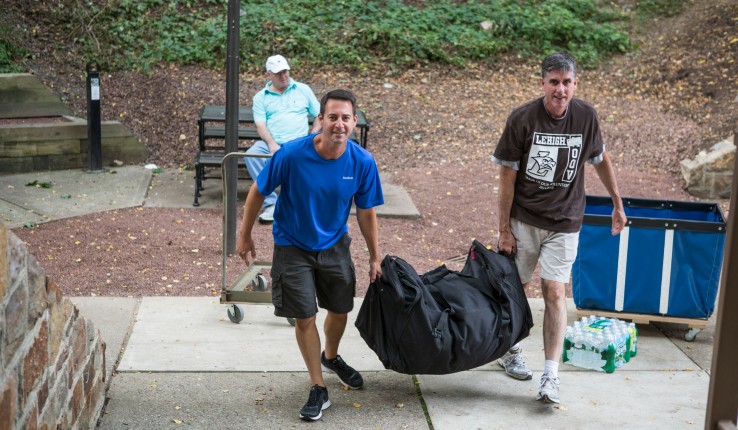 He served in several leadership roles in the College of Engineering before taking the helm as provost and vice chancellor for academic affairs. He went on to lead several successful initiatives, including the university’s two-year reaccreditation self-study, and the campus-wide effort to define a set of learning outcomes expected of all graduates, known as The Wisconsin Experience. Farrell also prioritized the recruitment, hiring and retention of skilled and diverse faculty, staff and students.

Leadership, Farrell says, “is not so much a single thing, a singular style, as it is a way to enable an organization or a community of folks to achieve something remarkable.”

The “trick,” he says, is for a leader to recognize a need, usually emerging from faculty, staff and students, estimating what existing resources might help meet that need, and thinking about what might be built within the culture of the community to help bring about success. “Perhaps even more important,” he says, “is to support [the community] through challenging the goal we set for ourselves in the first place. Is it ambitious enough? Out of reach? Too easy? Add to that helping folks feel comfortable in a world of uncertainty and parallel—not sequential—work.”

Farrell says he enjoys most the type of project that has the potential to be transformative beyond the project itself. Lehigh’s Cluster Initiative, he says, is a good example of one that presented opportunities for changing “how we think about faculty and who faculty work with and how faculty select each other and how we think about the next generation of faculty we want to join us.”

The initiative itself, Farrell says, is the hands-on application—and the change in thinking that accompanies it can persist long after the hiring process is complete. “That’s what you really want,” he says.

He said in November 2018, “We would like to get a head start on thinking about what this college might look like, all fitting under the broad heading of ‘here’s what we’re trying to do with the new college.’ How do we think about these particular areas in ways that best complement or support what we’re trying to do? They might look different from how we do these things in current colleges. In fact, it’s possible they might look quite different.”

Today, as the College of Health prepares to welcome its first cohort of undergraduate students in the fall, Farrell maintains that perspective: “I think [the College of Health is] going to be really big for Lehigh in the future. And if we can use that as a way to say, ‘How does it also help us in a transformational way think differently about what academic units look like [and] how do they work together?’, that might be every bit as important as the College of Health itself, when we're all done.”

Always Looking to the Future

Farrell’s final months as provost were not quite what he—or anyone—expected them to be. The COVID-19 crisis and its impact on higher education made for a challenging spring semester and forced Lehigh’s administration to make some difficult decisions.

“COVID-19 was unexpected and pretty pervasive,” he says. “There’s not much it doesn’t touch in one way or another.” 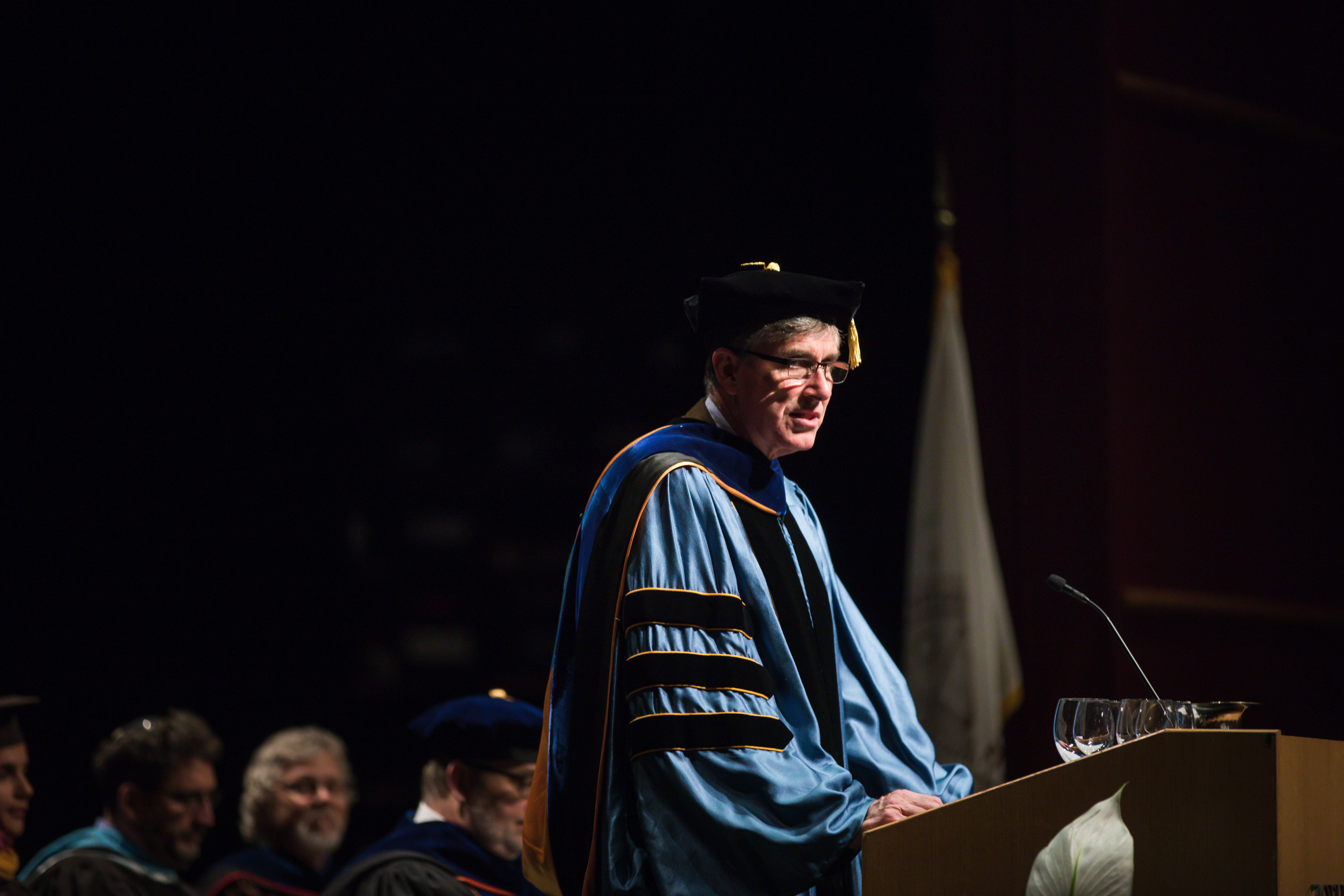 As Farrell worked with Lehigh’s leadership to formulate a plan to move Lehigh forward in a new, pandemic-altered landscape, he encouraged the university community to push itself outside comfort zones for the sake of Lehigh’s mission.

“We approached our move to remote instruction in the middle of the semester with understanding and flexibility, as we were all adapting to a new mode,” he wrote in an April email to faculty and staff. “In the future, we must all move beyond this initial stage of adaptation to determine ways in which we can thrive as an academic community, including using lessons from the spring to meet what our students expect to receive and what we expect to deliver as educators moving forward. This is no small responsibility, to be sure, but it’s one I’m certain we’re able to handle.”

This focus on a willingness and ability to change appears throughout Farrell’s tenure as provost, and is in keeping with his perspective on charting the future of a university. Change is essential, he says, and one of the biggest challenges in advancing an institution is changing a successful one “because they have been successful.”

A successful university often has a long history, he says. “People can point to it with pride—and they should—and say; ‘Look how well we've done. This is great.’ And then someone comes along and says, ‘We should do this differently.’ Most places will [say], ‘Why? This is working, we're in a terrific place. ... Why would we want to take the risk of changing that? There's a possibility if we chose a different direction, a different trajectory, that might not work out as well.’ … To be honest with you, that’s totally correct, that is exactly true. It could be worse. And it is also true that it could be much, much better.”

At Lehigh, Farrell says, “[we focused on initiatives] that in my view are pivotal. Not on areas where the only thing that would change is the thing we picked, but instead something that creates an avalanche… People all of a sudden will say, ‘This is different now, so these other things should be different…’ [And a leader can say], ‘Exactly. And the community needs to figure out how to make that happen.’”