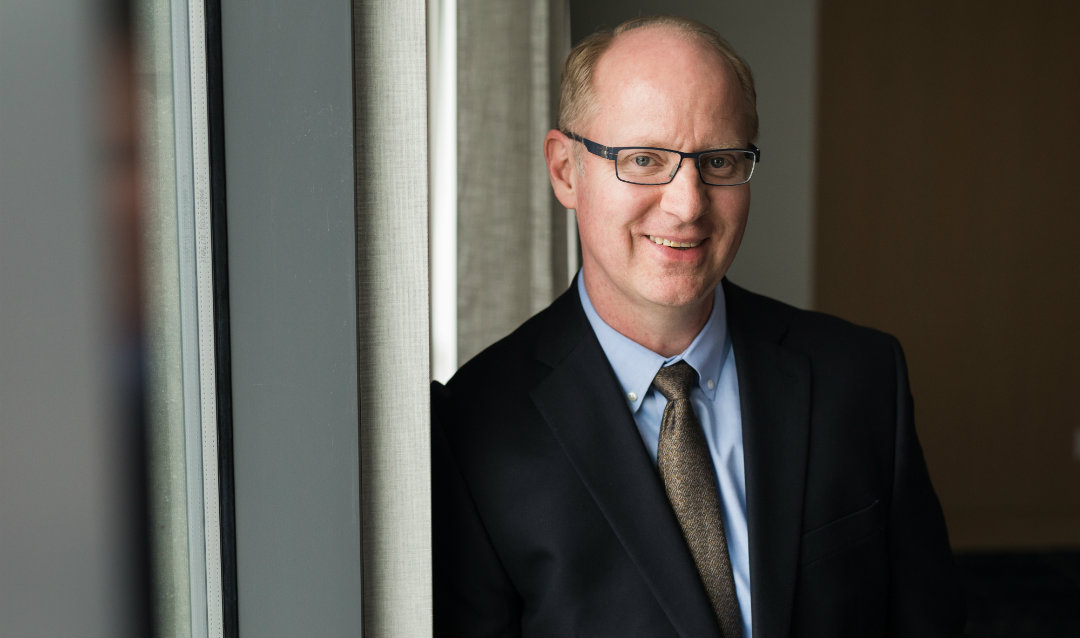 Nathan Urban, currently vice provost of graduate studies and strategic initiatives at the University of Pittsburgh, will arrive this summer as Lehigh's next senior vice president for academic affairs and provost.

Urban joins Lehigh from the University of Pittsburgh, where he serves as vice provost for graduate studies and strategic initiatives.

Nathan Urban, an accomplished neurobiologist and current vice provost of graduate studies and strategic initiatives at the University of Pittsburgh, has been named senior vice president for academic affairs and provost at Lehigh, succeeding Patrick V. Farrell. Urban will assume his new role this summer.

As provost, Urban will oversee all academic matters at the university while working collaboratively with Lehigh President John D. Simon and university leadership on the implementation of the Path to Prominence and GO: The Campaign for Lehigh. Additionally, Urban will lead the formulation and development of a new strategic plan that will guide the university’s growth into the next decade.

“I know I speak for everyone on the university leadership team in proudly welcoming Nathan Urban to Lehigh,” Simon said. “He is an accomplished researcher and an innovator in his field, and during his time at Pitt proved himself to be an adept administrator. I am certain his experience and intellect will serve him well at Lehigh, and I look forward to working with him to build a brighter future for our university.”

“Nathan Urban is a perfect fit for Lehigh at a time of great change, growth and excitement,” added Kevin L. Clayton ’84 ’13P, chair of the Lehigh Board of Trustees. “As we push forward on a number of critically important initiatives that will cement our place as one of the finest universities in the nation, we believe Nathan is precisely the kind of leader who can support and grow the academic and research enterprise of a forward-thinking university.”

Urban’s appointment comes after an extensive global search led by Simon and a university search committee, and supported by the California-based search firm Education Executives LLC. Simon noted that the position attracted an impressive field of candidates, but even among such a distinguished group, Urban stood out for his varied experience and impressive record of success.

‘It was a pleasure getting to know Nathan through this search process,” said Shalinee Kishore, Iacocca Chair and professor of electrical and computer engineering, who served as chair of the Provost Search Committee. “From what we observed, he is incredibly thoughtful, articulate and compassionate. He is a gifted scholar, with deep experience in building and growing research. He has helped enhance undergraduate and graduate education at Carnegie Mellon and Pitt, and has helped identify and grow new strategic efforts, something that will be key for Lehigh in the years ahead.”

Urban said he was drawn to Lehigh because of the university’s growing ambition and visionary leadership, as well as the strong sense of community on campus and the deep loyalty of Lehigh alumni.

“It’s very exciting to see Lehigh engaged in these plans to grow the university, not only in its physical infrastructure and student enrollment, but in terms of its intellectual footprint as well,” he said. “We are living in a time in which many universities are scaling back their enrollments and their ambitions, so the fact that Lehigh is bold enough to take these kinds of steps is very exciting. I am honored to have been selected to serve as Lehigh’s next provost and very much look forward to getting to know and work with everyone in the campus community.”

During his time as vice provost at Pitt, Urban has worked to improve the graduate student experience, opening up new channels of communication between students and the administration and creating facilities and collaborative spaces that foster a stronger sense of community.

He was the driving force behind the launch of an annual graduate studies retreat that brings together Pitt faculty, administrators and student leaders, an initiative which resulted in increased access to and awareness of mental health resources, the placement of ombudspersons who advocate for students in each of the schools, recommendations on a thoughtful use of the GRE in graduate admissions and a new initiative to improve the mentoring of graduate students. At the postdoctoral level, Urban supported efforts of the University of Pittsburgh Postdoctoral Association to expand services and more fully engage in university shared governance.

“We have been very deliberate in looking at our issues and policies, and ways that we can make the student experience here better,” Urban said. “Graduate student mental health and mentoring are significant issues on which we’ve been trying to make some significant improvements. The other piece of my administrative role has been looking at new strategic initiatives—areas where we can develop new approaches and programs or leverage what’s happening in higher education.”

Along with his duties as vice provost, Urban also serves as Professor and Associate Chair of the Department of Neurobiology, Associate Director of the University of Pittsburgh Brain Institute and co-Director of the Center for the Neural Basis of Cognition.

Previously, Urban served on the faculty at Carnegie Mellon University, where he was the Frederick Schwertz Distinguished Professor of Life Sciences, head of the Department of Biological Sciences (2010-2014) and interim Provost from 2014-2015. He arrived at Carnegie Mellon in 2002 after completing a postdoctoral fellowship at the Max Planck Institute for Medical Research in Heidelberg, Germany.

His research interests include the experimental and computational analysis of sensory processing by neural circuits in the mouse brain, and the application of new techniques and methods for neuroscience, especially in the areas of recordings of brain activity and the computational analysis of behavior. His work has been published in such journals as the Proceedings of the National Academy of Sciences, the Journal of Neuroscience, Nature Neuroscience, the Journal of Neurophysiology and Frontiers in Neuroinformatics. His work has been funded by NIH, NSF, DARPA, AFOSR, the Simons Foundation, the Commonwealth of Pennsylvania and the Human Frontiers Science Program.

Urban says he has long been fascinated by tasks that humans and animals perform better than the most advanced computers. “Studying the brain tells us a lot about what gaps in our understanding of computation” says Urban

“In particular, we've done a lot of work on the sense of smell, because it’s so poorly understood. We are interested in figuring out, for instance, how is it that when you walk into a room, you can identify that you're in a restaurant, or even more specifically, an Italian restaurant, just from the smell?” Urban said. “Beyond that, how is it that your brain can tell you exactly where the kitchen is? This is an incredibly challenging and difficult problem to solve, which is evidenced by the fact that despite all the advances we’ve made in technology, you don’t have a smell detector on your iPhone. While chemical identification and localization are incredibly important, we still don’t know how humans and animals perform these tasks. These mysteries are motivating question for me.”

At a time of challenge and change in higher education, Urban said, Lehigh is well-positioned to thrive for decades to come.

The important initiatives already under way, including the launch of the College of Health, the expansion of Lehigh’s research enterprise, and the continued growth of the university’s global profile, among others, are building a foundation for a stronger future. As provost, Urban said he looks forward to identifying even more opportunities for Lehigh to leverage its historic and emerging strengths.

“Lehigh is in a great position because of its strong reputation,” he said. “It’s a place where students really want to be, and that’s critically important. Lehigh is in this position is because it has a history of delivering a high-quality education and a great student experience at a research university. It brings in very strong faculty who recognize the importance of both research and teaching. Going forward, I think we need to continue to recognize that we cannot just be delivering to students a degree—we also need to give them an experience that will change their lives.”

Kishore said the search committee believed Urban had both a deep understanding of Lehigh’s current strengths and a “strong and compelling vision” for its future.

“It’s a vision that we believe will resonate with the Lehigh campus and community,” she said. “There is inspiration in how he sees our future, and there is admiration in how he reflects on our past and our strengths.”

Upon his arrival this summer, Urban will succeed Patrick V. Farrell, who announced last spring that he would step down and take a sabbatical year before returning to the faculty in 2021. Farrell has served as provost since July of 2009, and played an instrumental role in the launch of several major university initiatives, including Mountaintop and Creative Inquiry, Data X, the Cluster Hiring Initiative, the College of Health, Research Futures and other efforts to expand the university’s impact and reputation as a research institution.

“I want to thank Pat for his years of service to Lehigh,” Simon said. “He has succeeded in raising the bar for academics and research here at Lehigh, and has been a valuable partner to me in my years as president. We wish him all the best as he moves to the next phase of his career.”

Simon also expressed his gratitude to the members of the search committee. Those members are:

Nathan Urban on being named the next senior vice president for academic affairs and provost of Lehigh. 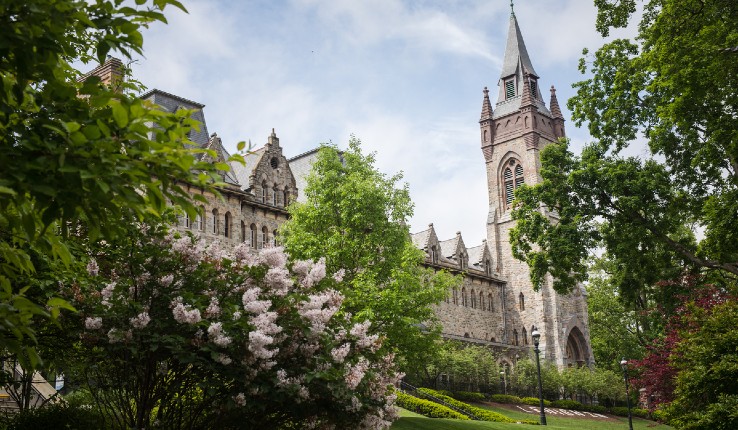 A Message from Provost Nathan Urban and Cheryl Matherly 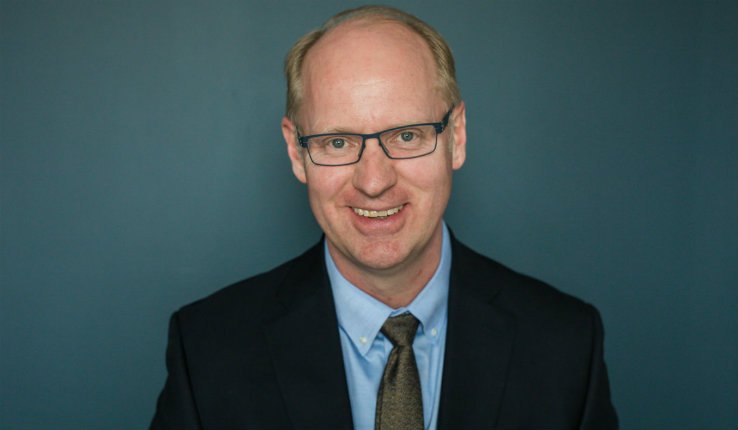 Lehigh’s new provost and senior vice president for academic affairs, Nathan Urban, believes the university is well positioned to deliver the ‘essence’ of the Lehigh experience—even in the era of COVID-19.