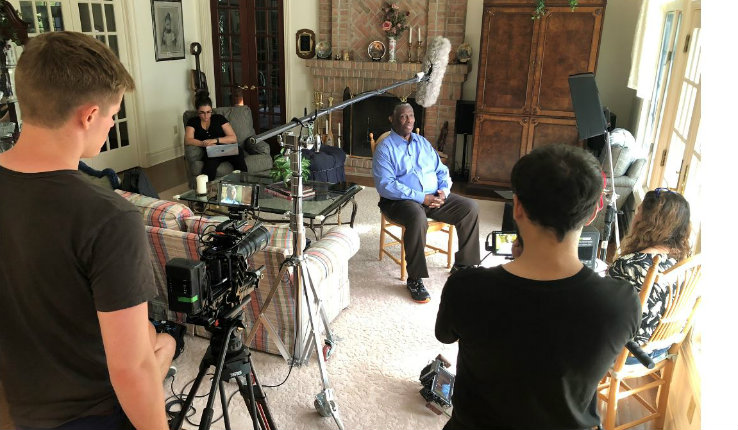 What was the toughest part of creating a new program to recognize Lehigh’s most successful alumni? Selecting just six among 85,000!

The Distinguished Alumni Awards debuted Oct. 25 at the Leadership Recognition Dinner during Founder’s Weekend. The awards recognize outstanding achievement among alumni, honoring those who had an impact in their industries and communities. A list of amazing candidates was identified by Lehigh alumni and staff, and the recipients were selected by volunteer leaders of several of our advisory boards and councils.

The Dr. Costel Denson ’56 Award recipient demonstrated leadership in increasing diversity in the workplace and educational institutions. Dr. Frank L. Douglas ’66 is a longtime veteran in the field of health care, pharmaceutical research and entrepreneurial endeavors. He is a Fulbright Scholar; author; and winner of numerous accolades including the Black History Makers Award, the Center for Medicine in the Public Interest Odyssey Award, the National Organization for the Professional Advancement of Black Chemists and Chemical Engineers Lifetime Achievement Award, the Geoffrey Beene Foundation’s Rock Star of Science Award and the American Heart Association’s Louis B. Russell Memorial Award.

The Public Service Award recipient made extraordinary contributions in the public sector or nonprofit and civic arena. Ben Gucciardi ’05 ’06G is founder of Soccer Without Borders (SWB), a nonprofit that aims to use soccer as a vehicle for positive change. He was honored as a White House Champion of Change for World Refugee Day 2015. SWB has received the global FIFA Diversity Award, the Robert Wood Johnson Foundation Sports Award and the Wharton School of Business’ Lipman Family Prize.

The Outstanding Entrepreneur Award recipient demonstrated high achievement in the managing of an enterprise. Patrice Banks ’02 is founder and CEO of Girls Auto Clinic,  a full-service auto repair center and beauty salon in Upper Darby, Pennsylvania, that caters to women. Her 2015 TEDx Talk was titled How I Plan on Disrupting the Auto Industry in Red Heels. Her story has been featured in O, The Oprah Magazine; Time; Huffington Post and The New York Times, among others. She has appeared on CBS This Morning, NPR’s Fresh Air with Terry Gross and in commercials for Ford, Dell and Lean Cuisine.

The Excellence in Industry Award recipient demonstrated high achievement in managing a for-profit organization. Ann Lewnes ’83 ’22P is executive vice president and chief marketing officer at Adobe. She has received the American Marketing Association’s Hall of Fame award and was inducted into the American Advertising Association’s Hall of Achievement. Lewnes is among Forbes’ 2019 list of the World’s Most Influential CMOs and Business Insider’s list of the 25 Most Innovative CMOs in the World. She also serves on Mattel’s board of directors.

The Lifetime Commitment to Lehigh Award recipient demonstrated lifelong leadership and service to Lehigh. James B. Swenson ’59 ’15GP ’17GP worked at Price Waterhouse (now PwC) for 34 years, then as a major and principal gifts officer for Lehigh until his retirement in 2018. His passion for Lehigh encouraged countless alumni and friends to reengage or provide transformative gifts. For his dedication to Lehigh, he also has earned the Eugene G. Grace 1899 Award, the Class Alumni Award and the James Ward Packard ME 1884 Award.

Stay tuned to our social media channels for videos of the recipients and more information on nominating your Lehigh classmates next year!