New research attributes an adverse fetal outcome to the strenuousness of an expectant mother’s job. 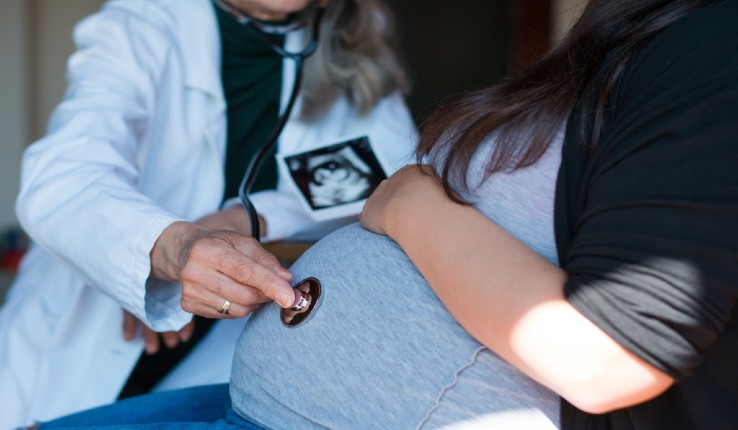 For the first time, researchers have attributed an understudied adverse fetal outcome to the strenuousness of an expectant mother’s job.

The researchers matched data on maternal and fetal health, as well as job data, from the New Jersey Department of Health with an objective measurement of job strenuousness. They found that women in relatively strenuous jobs have a 17% increase in the likelihood of having a baby with fetal macrosomia. Fetal macrosomia―having a birth weight of over 4,000 grams or 8.8 pounds―is associated with a higher risk of being overweight as an adolescent. The condition is also associated with a higher risk of breast cancer for the mother.

To determine the job strenuousness of the mothers represented in the New Jersey Department of Health data, Yang and Dave used an objective measuring tool, provided by the federal Census Occupational Classification System, called the Metabolic Equivalent of Task, which rates the level of physical activity associated with various jobs.

“Our findings also indicate an understudied link between gestational diabetes, which is a known risk factor for fetal macrosomia, and intensive physical activities at work during pregnancy,” said Yang.

Specifically, compared with light-intensity activity, Yang and Dave found that moderate-intensity activity at work during pregnancy is associated with an increase in the likelihood of fetal macrosomia of about 1.5 percentage points or 17%. One possible mechanism underlying this finding, they say, is sleep-deprivation-induced diabetes developed during pregnancy leading to fetal macrosomia. There is some evidence suggesting an adverse effect of strenuous activities at work on sleep quality―and sleep deprivation has been found to correlate with diabetes.

According to data from the Current Population Survey (CPS), a primary source of labor force statistics for the population of the U.S., the share of women working while pregnant grew from 44% in 1967 to 68% in 2018.

Working during pregnancy is generally considered safe for most women with uncomplicated pregnancies, although special guidelines have been issued by the Centers for Disease Control and Prevention (CDC) and the American College of Obstetricians and Gynecologists with respect to jobs that have particular physical demands.

“Focusing on New Jersey, which requires reasonable accommodations for pregnant women at the workplace if requested, our study points to the potential deficiencies of such laws by detecting adverse birth outcomes among pregnant women in strenuous jobs,” said Yang. “The adverse health effect we found could only be an underestimate of the true effect for the entire nation, and our finding reveals a need for establishing universal access to accommodations for pregnant women in strenuous jobs.”

The researchers urge lawmakers to consider the impact of strenuous work activities on maternal and fetal health when developing policies around employer requirements to provide reasonable accommodations for workers during pregnancy.