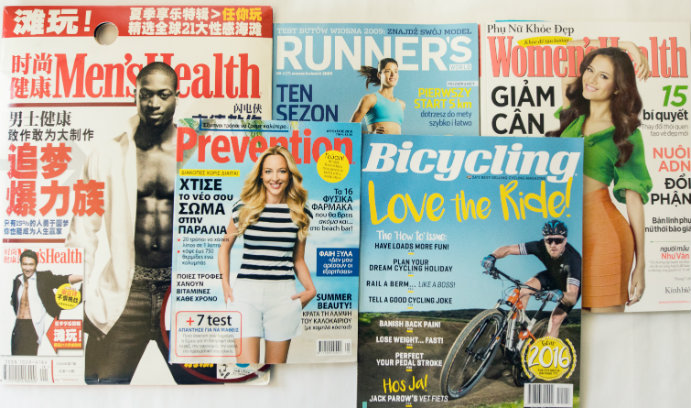 From decades of revolutionary organic farming and research to promoting a healthy lifestyle through worldwide publishing, the trusted Rodale family name has become synonymous with health and well-being. Patriarch J.I. Rodale pioneered the wellness movement and began the Rodale Institute and Rodale Press to support his mission of optimum living. Devotedly carried on by three more generations of his family, groundbreaking success stories include organic farming government policy change and funding and educating millions through global publications such as Runner’s World and Organic Gardening magazines.

When it was time to think about preserving Rodale’s history, the family turned to Lehigh University and donated the Rodale Archives, now known as the Rodale Collection, to Linderman Library’s Special Collections.

“We are honored to receive this important archival material that will be used for research, scholarship, and education,” said Lois Fischer Black, curator, Lehigh University Libraries’ Special Collections. “No one else was doing this kind of healthier living research and publishing material like this in the 1940s. It was truly trailblazing.”

In addition to entrusting the university with Rodale’s heritage, the family has provided a financial gift to support the costs associated with the acquisition, processing, digitization, and preservation of the materials. The gift will ensure that Lehigh can preserve, promote, and provide access to the collection in perpetuity.

“The generous financial gift makes it possible for us to complete these tasks for this important acquisition,” said Black, who explained that funding is essential when preserving a collection.

Since Lehigh has already physically acquired the material, the next step is to contract a project archivist who will catalogue the collection and create a collection guide for researchers. After that, a vendor will be commissioned to digitize the majority of papers or unpublished material and reformat the audiovisual recordings.

“Digitization of the archive will allow researchers from around the world to access the collection,” said Black, who indicated that since the originals will have a permanent home at Lehigh, individual items can be requested for consultation by researchers at Linderman Library.

“The research scope of the collection is yet to be fully investigated,” she said. “There is significant interest already on the part of Lehigh University faculty and students, and the new College of Health is anticipated to generate further research in the environmental, health, and wellness initiatives represented in the Rodale Collection.  J.I. Rodale, who many credited with founding the organic farming movement decades before its current popularity, also established Prevention magazine.”

A potential research topic that Black noted could be a comparative analysis of the distinct editorial contents of the same magazine title written simultaneously for audiences in different countries. For example, Men’s Health magazine was written, produced and marketed in more than 30 countries. The lifestyle content and advice and even the editorial staffing could vary widely in the magazine when produced in the Netherlands, China, or South Africa.

“When it came to thinking about where to donate our extensive archives to, Lehigh University was our first choice. The whole family agreed that Lehigh would be the best home for our families’ historical documents,” said J.I. Rodale’s granddaughter, Maria Rodale, former CEO and chairman of Rodale Inc., and former co-chair of the Rodale Institute and current board member. “We hope that everyone can learn from the innovative, business and cultural importance of the organic movement, the health movement, and the shifts in the media business over the past decades. We are grateful that Lehigh University is up to the challenge.”

Three generations of Rodales have earned Lehigh degrees. A student in Lehigh’s Class of 1952, Robert studied English and journalism. Two of Robert and Ardath’s five children, Heather ’74 ’76G and David ’78, received Lehigh educations, and Heather’s daughter, Gillian, graduated in 2005. Heather served as president of Lehigh’s Friends of the Library board. Robert received Lehigh’s Alumni Award in 1987 and an honorary degree in 1989, and Ardath received an honorary degree from Lehigh in 1994.

The life and work of Robert Rodale, who passed away in 1990, continue to be honored and remembered at Lehigh through endowed gifts established by Ardath and other members of the family. The Robert Rodale Chair in Writing; the Rodale Journalism Fund; the Joseph B. McFadden Professorship in Journalism; and the Rodale Program in Online Communication that includes the Rodale Scholars Program are examples of support for students and faculty at the university. To date, nearly 60 students have received scholarship assistance from Rodale endowed funds. Additional gifts from Ardath and Heather also have supported the Zoellner Arts Center and renovations to Linderman Library and Coppee Hall, the home of the journalism department.

“In many ways, the Lehigh journalism department and the Rodale family and company have grown together,” said Jack Lule, Iacocca Professor and chair of journalism and communication at Lehigh University. “It really has been a wonderful partnership. The Rodales generously supported our faculty, students, and program and, in turn, many of our best students have gone on to great careers at Rodale. Lehigh would be a very different place if not for the Rodales.”

From Portland, Oregon, journalism major Emily Preble ’20 greatly appreciates the Rodale Scholarship that helps her attend Lehigh to cultivate her skills as a writer, student and person at-large.

“The (Rodale) scholarship has enabled me to expand my mind and intimately understand academic concepts outside of my comfort zone, allowing me to apply my new perspectives to everything I participate in,” said Preble.

The Rodale family philanthropic legacy extends to the community with the Lehigh Valley Velodrome, the Rodale Aquatic Center and the Bob Rodale Cycling and Fitness Park. 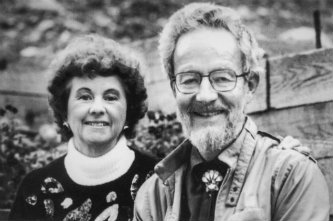 In the heart of Pennsylvania farm country in Berks County, J.I. Rodale pioneered the health movement in the 1930s by creating the Rodale Institute to pursue science-based organic gardening research full-circle-from soil, to plant, to people-to improve the food we eat from the ground up. He also began Rodale Press in the Lehigh Valley and used the publishing company as a vehicle to promote and educate the local and global public about healthy lifestyle choices. His son Robert ’52 ’89H and Robert’s wife, Ardath ’94H (shown), developed Rodale Press into Rodale Inc., one of the world’s leading lifestyle publishing companies, and forged ahead with the Rodale Institute, which is thriving today. 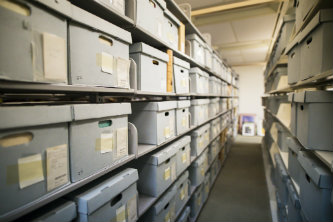 The extensive Rodale Collection consists of more than 2,000 linear feet of material dating from the early 1900s to present. 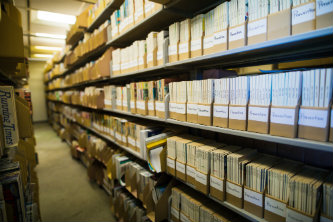 More than 270 file boxes; 100 pieces of framed art, awards, citations, and photos; and many rows of shelving full of publications, books, and digital properties document the impactful research and outreach of the Rodale Institute and Rodale Inc.

Click here to see more photos of the Rodale Collection. 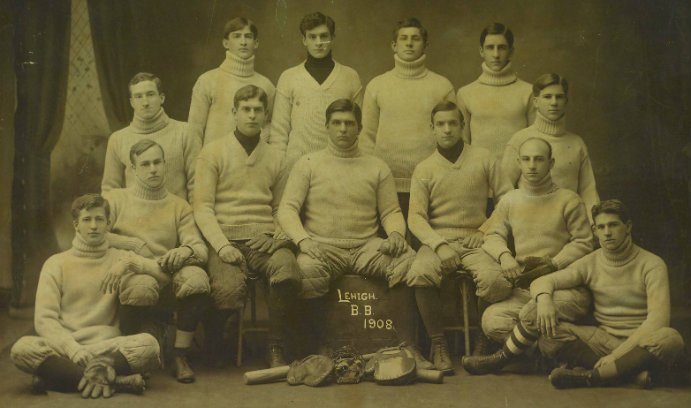 'Batting Around America's Pastime: The Cultural Impact of Baseball' will be on display through mid-December.