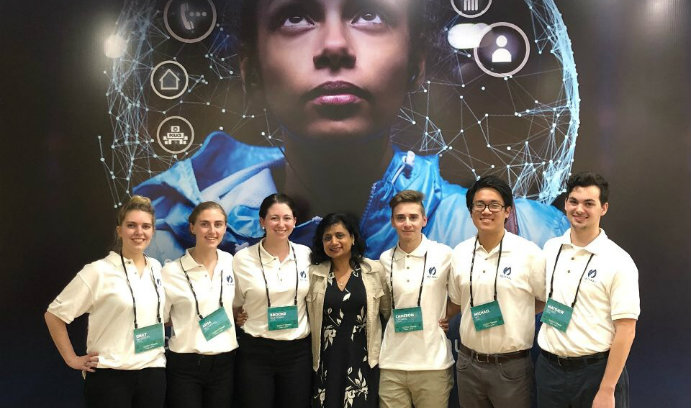 Members of a team of Lehigh undergraduate students in April found themselves on a train in India, barrelling through the countryside as they tested a device they’d begun developing just a year ago. As one of five finalists in the $1 million Anu and Naveen Jain Women’s Safety Prize competition, they were demonstrating that their device can help keep women safe—even on a moving train. The team will learn the results of the final round at an event at the United Nations on June 6.

The students in April 2017 set out to design and develop a method of quick and reliable access to emergency response services to women living in regions of the world with high rates of violence against women. Their solution: Soterra, a small, cost-effective device that uses Bluetooth mesh networking technology and GPS to allow women to discreetly contact friends, family or the police when they feel threatened, without the need of a cell phone or Internet.

The team entered Soterra in the Jain Women’s Safety Prize competition, which is offered by the XPRIZE Foundation, a nonprofit that sponsors competitions to encourage innovators to come up with technological solutions to pressing problems. In September the team submitted its technical design document and eventually found itself among the 21 teams selected—from a total of 85 teams from 17 countries—to compete in the semi-final round in April in Mumbai, India. After the Lehigh team worked on refining their core technology and raised funds through Ignite LU and the Lehigh's Baker Institute for Entrepreneurship, Creativity and Innovation, six team members traveled to Mumbai for the semi-finals, which would prove a rewarding experience.

“At the team summit and at a dinner event, XPRIZE had all of the teams come together and talk, network, and hear about each other's designs,” says Brooke Glassman ’19, a mechanical engineering major. “It was emphasized that this wasn't just a competition, and collaboration and partnership was actually encouraged in the future. We are, and always have been, part of this competition to get the technology into the hands of the people that need it the most.”

In the following days, the team put in even more hours preparing and testing Soterra. Their 30-minute presentation and demonstration was followed by 20 minutes of questions from the judges. In the room was Anu Jain, one of the founders of the Jain Women’s Safety Prize.

“[Jain] sat down with our team and talked to us about how much she loved our team and our product. As the only undergraduate team in the competition, this was particularly special and we were all so honored,” says Glassman.

Two days later, and one week after their arrival in India, the Lehigh team learned they were selected as finalists.

“It’s amazing,” says Lena McDonnell ’18, a computer science major and the team’s captain. “[Other teams were] companies and people who have been working on this for years. … We put a crazy amount of work into this. We set crazy high goals for ourselves, and actually meeting those and being validated that we did the right thing and went in the right direction was amazing. It was a really, really good feeling.”

Says Glassman: “The validation that we've gotten from XPRIZE, and just knowing how far this team has come—from the sketches and drawings to a working prototype—has been remarkable. I think we, as a team, even surprised ourselves with how much we've done and how far we've gotten.”

Five teams remained in Mumbai an additional week for the final round of competition. The second week opened with an investor summit where teams had the opportunity to pitch their products to Indian investors.

The final round began the following day with the aforementioned train ride.

“We got to try our technology in a real-world environment,” says McDonnell. “We ran up and down the train, making sure it all worked, and it did successfully. … It’s one thing to say, ‘Yes, the device works well on Lehigh’s really well-connected, wi-fi-enabled campus.’ It’s another thing to say it works on an Indian train going through the countryside. So it was really, really exciting to see that happen.”

The next day, judges joined the team on a bus and closed all the blinds. This test would determine if the device’s GPS was working properly.

“The bus started moving and we had no idea where we were going,” recalls McDonnell. “Essentially we were activating and deactivating three Soterra devices [at the judges’ direction] along this route that we didn’t know about. Then we sent that data to them [to determine accuracy].”

The final day featured 25 test users from across India, all of whom interacted with Soterra and asked questions.

“We've spent many hours talking about how to best design our device for women in need, but being able to actually meet and receive feedback from them added an entirely new perspective for us,” says Emily Randolph ’19, an Integrated Business and Engineering (IBE) student studying industrial and systems engineering and finance. “By removing ourselves from the Lehigh environment and hearing the ideas of the global community, we truly got a sense of what our mission is and how to best accomplish it.”

A surprise round of testing later that week involved activating Soterra in a variety of situations. The remaining team members departed Mumbai satisfied with their work and ready to hear the results.

“It's been a really incredible journey from our team,” says Randolph, the team’s business manager. “Over one year I've gotten to see our team progress from an idea on the back of a piece of paper to a real functioning prototype being tested halfway across the world. Particularly in my sub-team of business operations, our legal, marketing, analytical, financial and pitching skills have all developed tremendously. I've been able to work with some incredibly bright students and faculty I would have never met otherwise. Lastly, I've made some lasting friendships with the other fourteen members of Soterra I will value for a lifetime.”

Beyond these valuable gains, the $1 million prize would help the team reach its goal of bringing their technology to people who need it most—in the most reliable and effective way possible.

“With a security product, you have to be 100 percent sure that when you press that button, things are going to happen on the other side in any environment anywhere,” says McDonnell. “We’re vigorously testing that, finalizing all our testing and making sure it’s going to work out. That million dollars makes all of our testing and all of our product development a lot smoother. It opens up the possibility and allows for larger-scale testing and manufacturing and things like that. It would have a big impact on us.”

Now, the students wait for the final announcement on June 6. Win or lose, says McDonnell, they have much to celebrate.

“Our goal has always been the same. Our goal would have been the same if we didn’t make finals. Our goal will be the same if we don’t win. We created this technology that we’re really proud of and we think can make a really powerful impact in the security here and in the problem of so many people being the victims of sexual assault and gender-based violence. Our goal is still to get that out into the hands of people who need it. No matter what happens, our goal is to get this technology out there.” 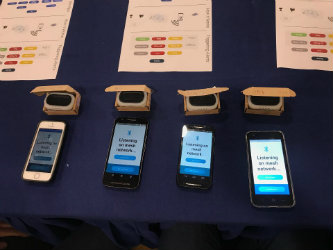 Soterra devices successfully paired with phones and listening on the mesh network. Soterra devices do not need to be paired with a phone to work; this setup was done so that test users for that round of testing could see the entire setup. 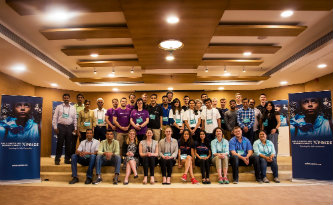 Though 21 teams were originally selected, only 16 teams made it to India. 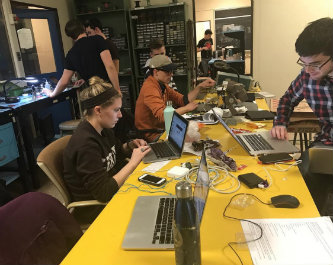 The night before team members left for India, they stayed up all night finalizing and testing their technology. 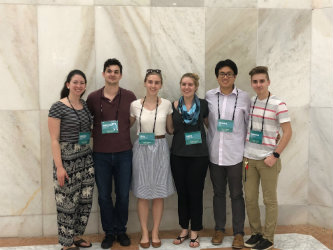 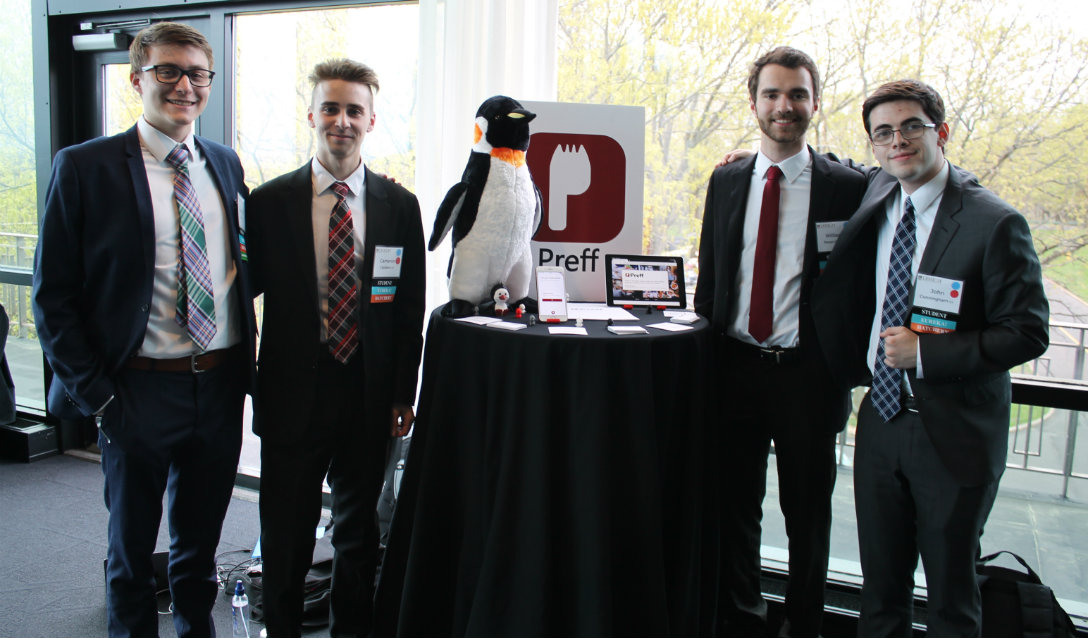 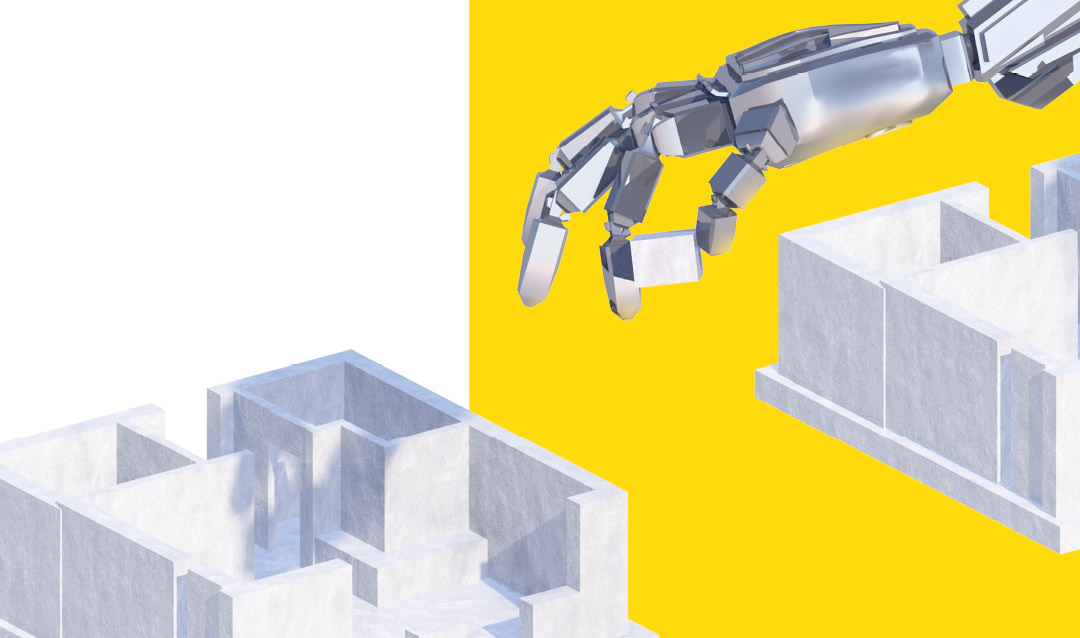 Optimization: A Complex Road to the Simplest Path

Lehigh researchers’ work in foundational optimization aims to improve our ability to learn from massive amounts of data more efficiently. 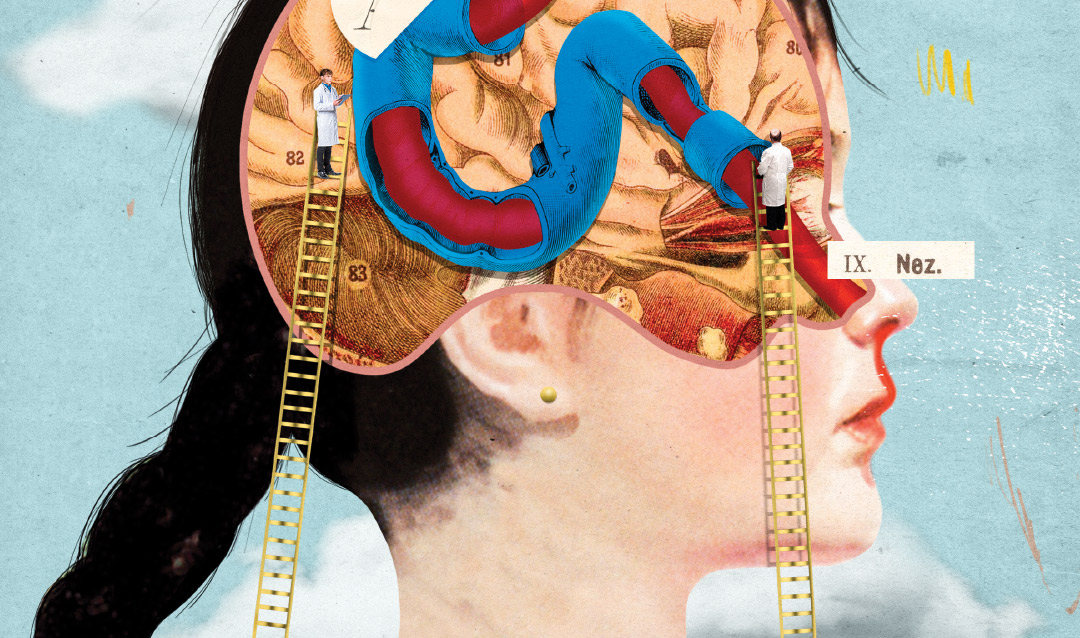 Unraveling vWF: A Better Understanding of the von Willebrand Factor's A2 Domain