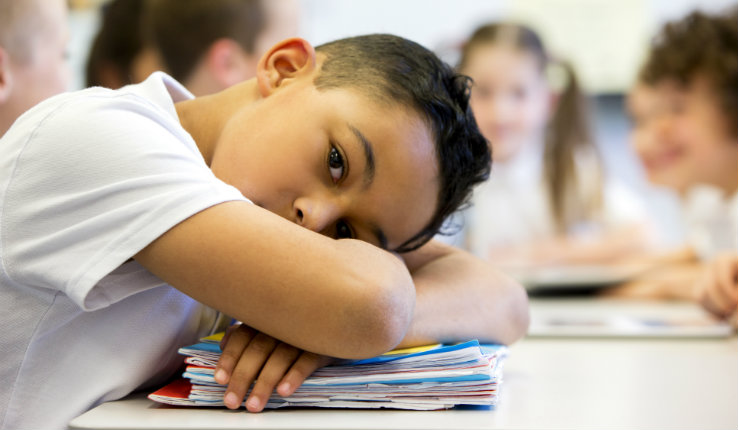 At least one in five students with ADHD receive no school services despite experiencing significant academic and social impairment, a gap particularly evident for adolescents and youth from non–English-speaking and/or lower income families, researchers found in the largest study of children and teens with ADHD ever conducted.

The new findings are based on data on 2,495 youth with ADHD aged 4 to 17 years from across the United States, collected through the National Survey of the Diagnosis and Treatment of ADHD and Tourette Syndrome (NS-DATA). The survey, the largest to date of parents of youth with ADHD, documents the extent to which students receive school services, the types of services they receive and the factors that may predict what kinds of services they receive. 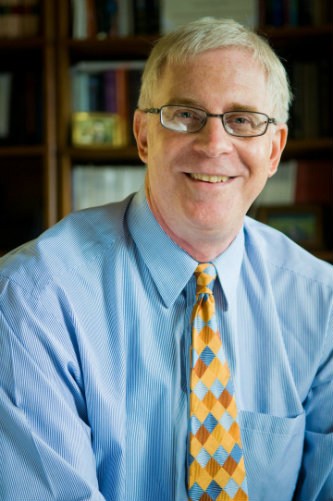 George DuPaul, professor of school psychology and associate dean for research in the College of Education, is lead author on the study.

“We found that although the majority of students were currently receiving one or more school services, only a minority received support to manage their behavior, and at least one out of five students did not receive any school support despite experiencing significant educational impairment,” said lead author George DuPaul, professor of school psychology and associate dean for research in the College of Education at Lehigh. “The gap between impairment and service receipt was particularly evident for adolescents with ADHD and for youth with ADHD from non-English speaking and/or low-income families.”

The research appears in the Journal of Attention Disorders, in the article “Predictors of Receipt of School Services in a National Sample of Youth With ADHD,” co-authored by DuPaul with Andrea Chronis-Tuscano of the University of Maryland (College Park) and Melissa Danielson and Susanna Visser of the Centers for Disease Control and Prevention.

​Attention Deficit Hyperactivity Disorder (ADHD) occurs in 2 to 15 percent of young children, with 11 percent of children in the U.S. receiving an ADHD diagnosis at some point in their lives.​ The chronic condition, which often lasts through adolescence and adulthood, is marked by persistent inattention, hyperactivity and impulsivity.

Students with ADHD are at higher risk for grade retention, underachievement, identification for special education services, and school dropout and are at a higher risk of learning disabilities. Students with ADHD also exhibit academic performance difficulties as a function of lower rates of on-task behavior and work completion. Adolescents with ADHD show deficits in reading, math and spelling compared to their peers. ADHD is also associated with social impairment, such as difficulty interacting with peers and adult authority figures, building and sustaining friendships and experiencing higher rates of peer rejection.

Few studies have examined the extent to which students with ADHD receive school-based support and intervention services, and this is the first to look at these issues in a national sample across elementary, middle and high school students.

For the study, school services included school-based educational support, intervention or accommodation (such as tutoring, extra help from a teacher, preferential seating, extra time to complete work, or being enrolled in special education) and classroom management (such as reward systems, behavioral modification or a daily report card). Parents were also asked if their child had an IEP or 504 plan.

1 in 3 Students Receive No School-based Interventions

The study found that about one in three students with ADHD received no school-based interventions and two of three received no classroom management, representing a major gap in addressing chronic impairment related to ADHD symptoms. One-fifth of students with ADHD who experience significant academic and social impairment - those most in need of services - received no school intervention. Nearly one in four students had repeated a grade and one in six had been expelled from school. Middle and high school students with ADHD were significantly less likely than elementary school students to receive any type of school service (except 504 plans), despite generally similar, if not worse, impairment and higher risk for academic failure and expulsion.

“We expected that most students with ADHD would be receiving some form of support, but were surprised that so few were receiving services to manage their behavior (the latter being the primary difficulty that students with this disorder experience),” DuPaul said. “We expected that there would be disparities in service receipt based on age (ie. teens received less support) and race/ethnicity; however we were surprised with the extent to which these gaps were evident and the magnitude of the disparities.”

The findings have direct implications for educational policy and practices and should be of interest to parents and individuals with ADHD, teachers and other educational professionals, mental health professionals and policy makers, the researchers said.

“Children with ADHD may benefit from initiatives to proactively identify students with this disorder and directly target their specific impairments with evidence-based intervention approaches,” they concluded. “Furthermore, families of secondary-school students and youth from non-English-speaking and/or low socioeconomic status backgrounds may benefit when bilingual mental health professionals work to increase awareness of and access to effective school supports and interventions.”