Dale Falcinelli was eyeing retirement after decades of teaching at Lehigh, when the Baker Institute sought his input on programming. Falcinelli had created Lehigh’s popular VentureSeries courses on entrepreneurship. Could the Baker Institute develop an initiative in the startup hub of California that would provide more opportunities for Lehigh’s students and tap into the university’s wide network of alumni on the West Coast?

Tech entrepreneur Tom Gillis, whose son was a Lehigh student at the time, was the catalyst. 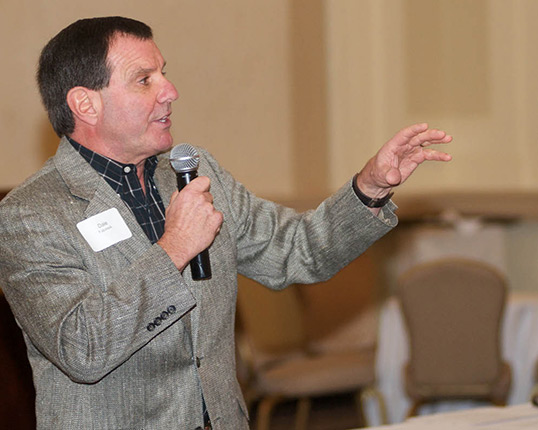 Dale Falcinelli is a founding faculty director of LehighSiliconValley.

Now senior vice president and general manager of VMWare's Networking and Security Business Unit, Gillis saw a source of talent in Lehigh’s student population that was needed in Silicon Valley as well as a wealth of opportunities there for Lehigh graduates. But whenever he’d ask his son’s friends about future plans, their focus was on East Coast firms.

“And I would sort of extol the benefits of Silicon Valley,” he says, “and I realized that to these kids, Silicon Valley was just really opaque.”

In conversations with Getzler and Todd Watkins, then executive director of the Baker Institute, Gillis spoke of the need to build a “bridge” between Lehigh and Silicon Valley. “And a little snowball started rolling down the hill and created this much larger thing,” Gillis says.

Falcinelli had proposed modifying his successful VentureSeries model to suit the needs of an on-the-ground, weeklong journey for students in the San Francisco Bay area. He figured he’d tap into his network of venture capitalists, private equity firms and investment bankers on the West Coast.

“I didn’t know how this thing was going to work, if at all,” Falcinelli says.

Then, from a noisy Newark Liberty International Airport on his way to Florida for vacation, he joined Gillis on a conference call and instantly felt a rapport. “I connected with the guy,” Falcinelli says. “He validated what I had in mind, but he added more flavor to it, much more flavor. So all of a sudden I leveraged his idea of a LehighSiliconValley, which took my idea to the next level. I said, ‘Wow, this could get some legs.’”

Getzler says that Lehigh’s Bay Area alumni connected the Baker Institute to other alumni and people in their network to identify potential participants. Gillis has been an important participant every year, she says.

In robust preparation for what’s to come, students receive case briefs and conduct further research into the company founders and industry experts they will meet. They also attend two sessions prior to heading to the West Coast: one to build community among the students in the cohort, the other to experience and better understand the live case model so that they are better prepared to ask questions that can’t be answered in a Google search. 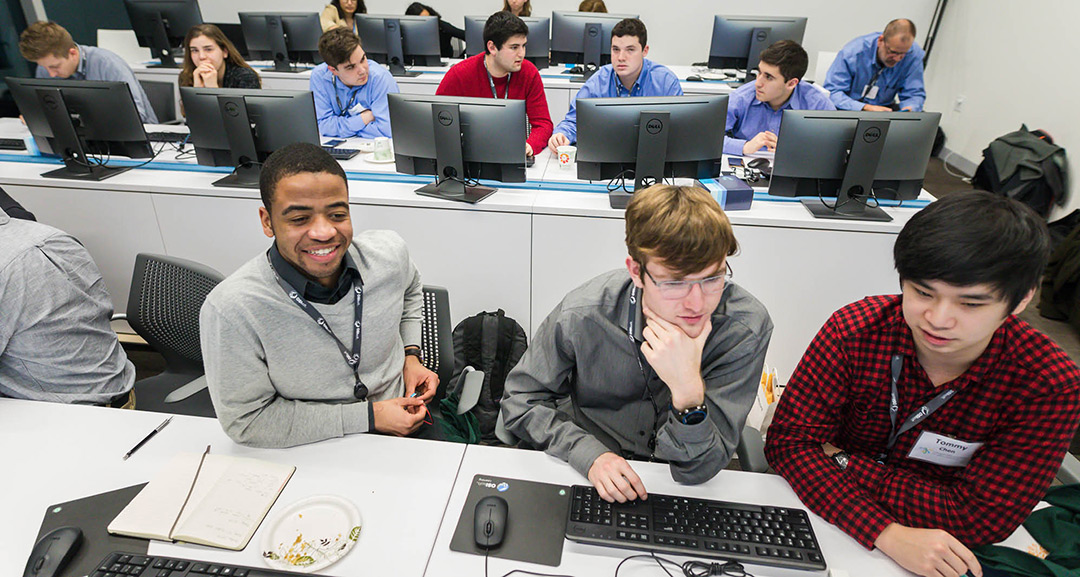 “You should be honing your questions and limiting them to include those that can only be answered by that person,” Getzler tells students. “The engagement has been very deep. It's why we call it an immersion program. Students are immersed in not only the world of these founders and funders, but they're getting inside their heads.”

The program’s structure stayed consistent until 2017, when Falcinelli stepped down and Getzler took over as program director. With Falcinelli’s unique style difficult to replicate, Getzler redesigned the program, reducing the number of days that students spent on live case studies, from eight to four days. Working with faculty across the colleges, she added tracks that allowed students to further pursue their areas of interest, including fintech, startups, software and technology, and arts entrepreneurship.

“The addition of the tracks was sort of a whole new version of the program,” Getzler says, “and students from a wide variety of disciplines flocked to it.”

After that transitional year, the Baker Institute took a step back to assess what had worked and what hadn’t worked. “There was a gap between those who were fully engaged and fully prepared in their track experience, and those who weren't quite sure it was where they wanted to be spending their time,” Getzler says. “So back to the drawing board for the next year.”

The Baker Institute boosted the core program to five days, added a weekend component with a focus on developing students’ professional next steps and added a three-day externship for students who want a deeper dive into their areas of interest.