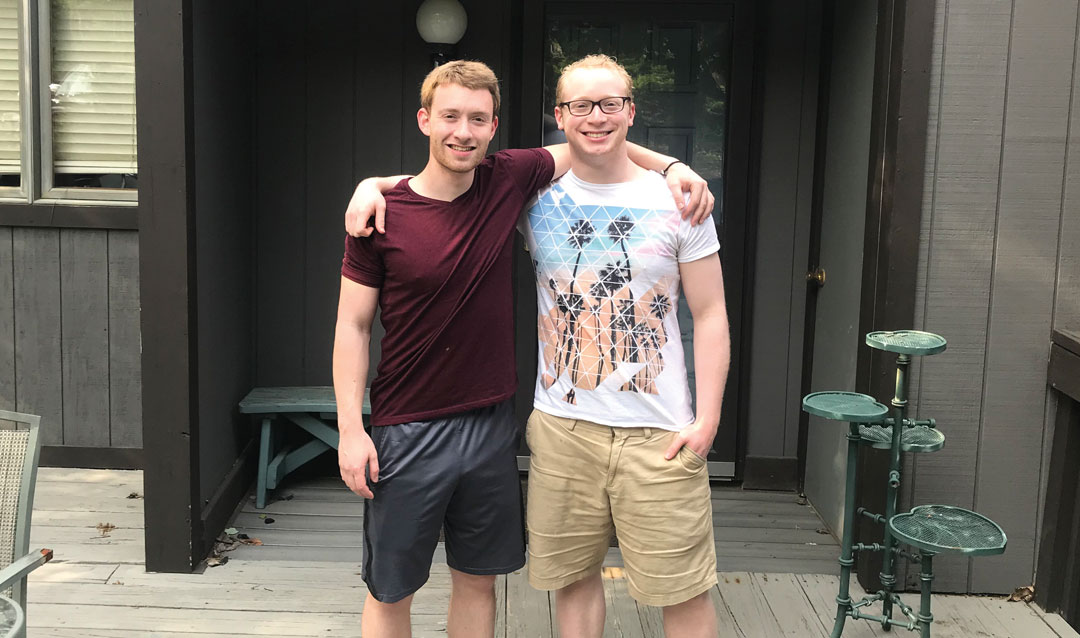 Adam Knuckey ’18 stared at his keyboard with complete concentration. A college senior, he loaded a cryptocurrency exchange web page and carefully copied the wallet address where he’d need to deposit his crypto in order to trade on the site. After triple-checking what he copied, he pressed enter to send the crypto, hands shaking.

And just like that, thousands of dollars disappeared into space, leaving his personal wallet en route to his account on the exchange. He waited and refreshed the crypto trading page over and over, waiting for his money to appear. After about seven minutes, he began to doubt himself. Did I type the deposit address wrong?

He refreshed again. Finally, after 10 minutes, his money appeared. He let out a sigh of relief. There’s got to be a better way.

Knuckey was not alone in worrying about security when trading cryptocurrency. Today, he and Corey Caplan ’18 are co-founders of Dolomite, a decentralized cryptocurrency trading platform.

Cryptocurrency is a digital currency that is encrypted with signatures to secure transactions and control the generation of new units. Cryptocurrencies are traded only virtually and equate to specific dollar amounts depending on the currency. The creation of Bitcoin in 2009 initially sparked fascination with cryptocurrencies.

Trading cryptocurrency is similar to the premise of trading stocks. Users invest in cryptocurrencies based on their value. As more people buy a particular currency, the value goes up and investors make money.

Caplan, an avid crypto trader, was searching for a solution to the stress and hacks of centralized cryptocurrency trading. He discovered Loopring, a technology that allows users to trade crypto directly from their wallets, eliminating the deposit step. He recruited Knuckey, his coding project partner since their first year at Lehigh, and Dolomite was born.

“Dolomite is a next-generation cryptocurrency exchange,” Knuckey said. “It’s a way to trade crypto without needing to deposit it anywhere, straight from your wallet. Dolomite also enables you to track your portfolio in great detail.”

The pair began by contributing to the development of a decentralized trading platform for Android using Loopring technology. They created a business plan and presented it to Loopring investors, who funded Dolomite’s continuation. Now they are working on the web exchange.

Both credit computer science professor Hank Korth with teaching them the skills for coding exploration. As Dolomite transitioned from exploration project to startup, Caplan and Knuckey had to search no further than Lehigh students and alumni for employees.

“For a startup, you are looking for people on the staff who are truly committed. They’re not just employees,” said Korth, co-director of Lehigh’s computer science and business program and an advisor. “For all of them, this is more than a job. It’s a mission, and that’s exactly the kind of culture you need.”

There are no “experts” in the decentralized field, as it is fairly new, Knuckey says, though Dolomite hopes to establish itself as a key player. He and Caplan want to build a portfolio manager into their site so users can access their full accounts and retrieve the transactional information necessary for trading.

“The full vision,” said Caplan, is [for Dolomite] to become a full-fledged portfolio manager so that even if you don’t want to trade on Dolomite, it is a tremendous place for you to be able to make informed decisions, or at least learn more.”