AI to Pave the Way to Increased Waste-to-Energy Production

A team, led by Lehigh University, will develop technology based on AI combined with state-of-the-art spectroscopy, to analyze municipal solid waste in-situ and in real-time, a cost- and time-effective approach that could pave the way to increased waste-to-bioenergy production. 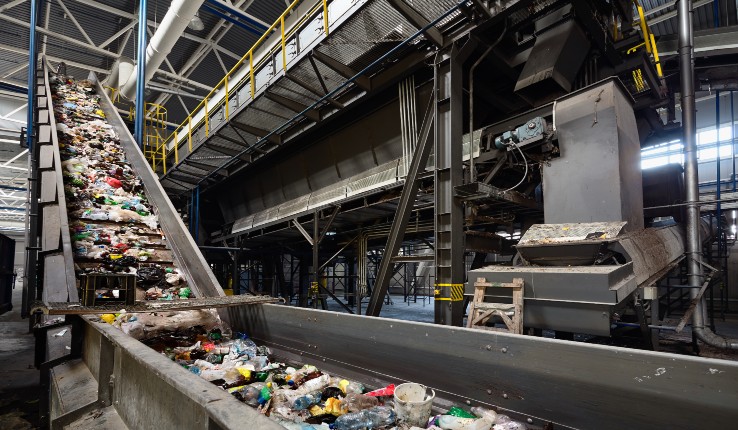 The Lehigh University Energy Research Center (ERC) has been awarded a new $3.5 million project by the U.S. Department of Energy (DOE) for the development of advanced technology for rapid detection and analysis of municipal solid waste streams. (iStock-RYosha)

While recycling and composting have increased, the majority of the waste produced goes into landfills, the most inexpensive option. About 12% of MSW was converted into energy by waste-to-energy plants in 2018, according to the U.S. Energy Information Administration (EIA).

“There are different ways to process trash,” says Carlos E. Romero, Principal Research Scientist and Director of the Energy Research Center at Lehigh University. “One is to take it to a landfill, another is burning it to produce electricity, and another is utilizing it as a feedstock for producing biofuels and bioproducts. However, the nature of MSW, a very heterogeneous material, with large variability in its physical, chemical and biological characteristics, poses significant challenges in optimizing MSW conversion processes.”

The Lehigh University Energy Research Center (ERC) has been awarded a new $3.5 million project by the U.S. Department of Energy (DOE) for the development of advanced technology for rapid detection and analysis of MSW streams. This project will be part of a $34 million effort from the Bioenergy Technology Office (BETO) of the Office of Energy Efficiency & Renewable Energy (EERE) to support high-impact research and development to improve and produce biofuels, biopower, and bioproducts. Lehigh will lead a team that includes the Energy Research Company (ERCo), Department of Energy’s (DOE’s) National Energy Technology Laboratory (NETL), ThermoChem Recovery International (TRI), Covanta Energy, the University of Toledo, and SpG Consulting. Lehigh participants include Dr. Carlos Romero (PI), Zheng Yao, Research Scientist at Lehigh’s Energy Research Center  and Farrah Moazeni a faculty member in Lehigh’s Department of Civil & Environmental Engineering. 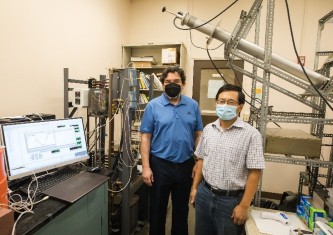 The team will work on streamlining one of the most complex aspects of the waste-to-bioenergy process: analysis of the material. The project will bring together two types of leading-edge spectroscopy, Laser Induced Breakdown Spectroscopy (LIBS) and Raman Spectroscopy, in combination with artificial intelligence (AI).

The technology the team is working on is designed to provide rapid, in-situ characterization of MSW feedstock, providing critical characterization and chemical analysis data in minutes for feed-forward process control of downstream biofuel production processes. The project includes the development of both hardware and software elements that, together, will be capable of improving MSW characterization throughput over baseline methods by at least 25%. The approach could make it possible to process waste material in minutes, instead of hours.

The ERC and ERCo have previously worked on a method of using LIBS and AI to better analyze coal for power generation. “With LIBS alone,” says Yao, “we were only able to measure the elemental composition of the fuel. But, by using AI neural networks we were able to improve measurement accuracy and correlate elemental composition to other high order parameters such as calorific value and ash fusion temperature, for example.” 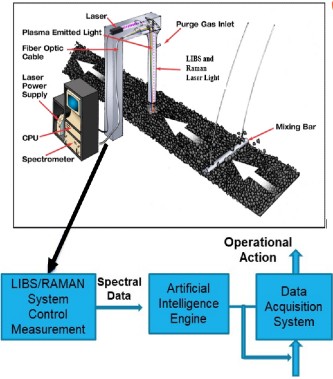 Romero explains that waste-to-energy producers need an accurate analysis of the waste material in any given lot. “There are standardized procedures for how a representative sample is arrived at and analyzed,” says Romero. “The team’s innovative LIBS-Raman Spectroscopy, combined with AI, has the potential to significantly improve the accuracy of the analysis as well as the speed at which it occurs, while facilitating the incorporation of this information into the bioenergy reactor process control.”

This project could lead to a process that is both easier and less costly, making waste-to-energy a more attractive alternative to the landfill, and moving the U.S. closer to a waste-processing approach that is sustainable. The proposed project supports BETO’s goal of innovation to accelerate feedstock technologies that would propel a bio-economy, by allowing real-time characterization of MSW feedstock for feed-forward process control of downstream biofuel production processes.