A Visionary in the Field of Computer Science 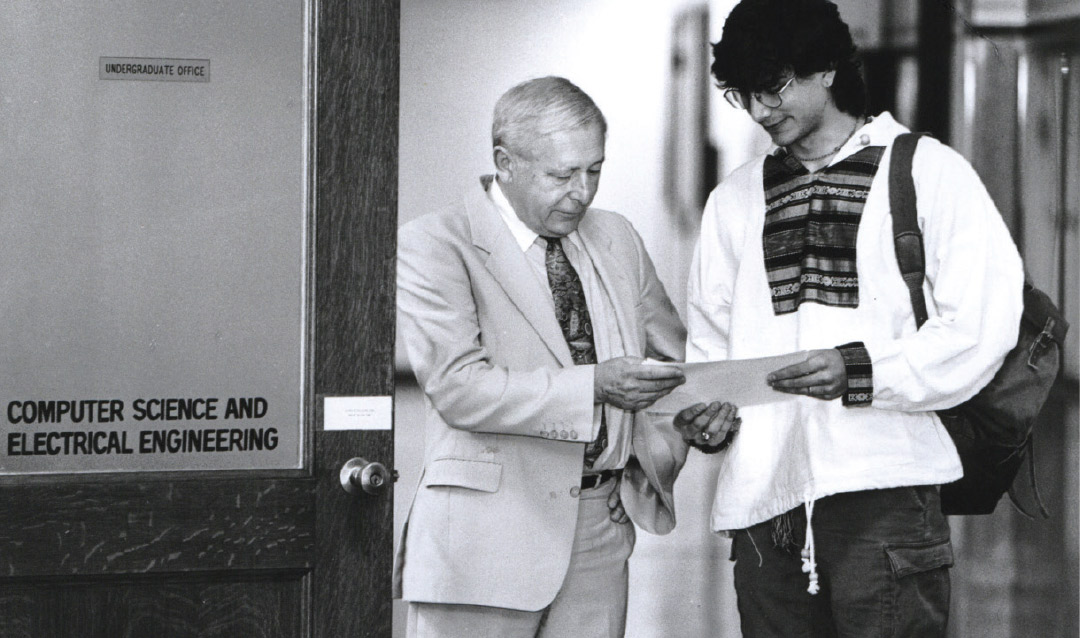 Don Hillman served in leadership roles as computer science went through many transformations at Lehigh,

Donald Hillman, an emeritus professor of computer science at Lehigh and a pioneer in artificial intelligence, died in October 2018. He was 86.

Born in London, England, in 1931, he had survived the Blitz on London, enduring five months of nightly air raids by the Nazis. He spoke four languages, shook Winston Churchill’s hand, painted, drew and cooked like a pro. He played the guitar and was a master at the piano. He fought in the Korean War and was commissioned as a Captain upon his discharge.

After 52 years at Lehigh, Hillman retired in 2012. For most of his time at the university, he was involved in developing its computer programming field. He also owned Systems Technologies Corporation.

“Don was a wonderful, dedicated member of the Lehigh faculty,” says Dan Lopresti, professor and chair of Lehigh’s Department of Computer Science and Engineering, and director of the Data X Initiative. “He was really a visionary when it came to advancing the field of computing. He was also a perfect gentlemen, in the old fashioned but very nice sense of the word.”

Hillman taught logic as an instructor in the Department of Philosophy when he first arrived at Lehigh in 1960. After receiving his doctorate in math logic from Cambridge University in 1961, Hillman was appointed an assistant professor at Lehigh. He was instrumental in the formation of the Center for the Information Sciences (CIS) at the university in 1962.

“The two main objectives of CIS were to train specialists who could analyze and organize information, and to investigate the properties and behavior of recorded information,” Hillman wrote in “The Emergence of Computer Science at Lehigh University.”

In addition, Hillman was a pioneer in artificial intelligence, which was demonstrated by his numerous publications and research grants. He received a nearly $1 million grant from the National Science Foundation in 1969 to develop LEADERMART, the first fully functional public online service that aimed to promote interdisciplinary research. He was director of the Artificial Intelligence Laboratory at Lehigh from 1986 to 1990.

“Don’s work was far ahead of his time, even in the fast-developing information retrieval and related computer science fields,” according to memorial resolution for Hillman that was entered in the Faculty Senate’s minute meetings in December.

A new student award is being established at Lehigh to honor Hillman. The Donald J. Hillman Memorial Award, which will be presented for the first time in 2019, will be made annually by a vote of the Computer Science and Engineering faculty to a senior who demonstrates outstanding achievement in the study of artificial intelligence and/or intelligent systems.