What Happened to Power in Texas? An Energy Economics Professor Weighs In

Millions of Texans were recently left without power for days after power outages caused by a deadly winter storm. Alberto J. Lamadrid, associate professor of economics, discusses what happened and what can be done to prevent future energy crises in Texas.

Q: Millions of Texas residents were affected by the power outages. What have been some of the consequences?

A: Probably the most salient consequence of the power outages in Texas are the effects these systems have on the populations they support. As an onset of relatively rare (low probability) events triggered a cascade of effects, more than four million homes and businesses struggled to heat and power their homes, and later get water.

Q: What happened in Texas that led to such a widespread energy disaster?

A: The economic and engineered mechanisms and infrastructure in place had several coincident or common mode failures.

First, winter storms and low temperatures dipped below freezing, and below expectations. The built environment in many cases was dealing with conditions beyond design specifications, prompting consumers to increase their energy use, and leading to seasonal demand records of more than 69 Gigawatts (GW). Electricity and energy are different to other products people consume because, in general, consumers have limited information (e.g., real time prices) about the short term effects of their actions on the total system. Therefore, demand is not very responsive in short periods of time.

Another contributing factor was that more than half of the expected supply had issues, also triggered by the weather conditions. As of the time of this writing, estimates had more than 14 GW of wind energy unable to generate power due to the freezing conditions. Conventional generators, including over 20 GW of natural gas, could not get gas to burn. Nuclear power generators could not operate due to freezing water, decreasing the supply by around 1.3 GW. In total, supply was around 45 GW on February 16. At the peak, 52 GW were out. The North American reliability Corporation (NERC) and the Federal Energy Regulatory Commission (FERC) will start an investigation, so more precise information will emerge. But overall, there was a shortage of supply with respect to the demand.

In addition, the current market design structures and regulation —or lack thereof— interacted with the external stressors. Natural gas is prioritized for 'human need customers,' as determined by the Texas Railroad Commission, the local regulator. Suppliers relying on gas were faced with limited availability due to frozen pipelines and contracts that could be interrupted.

Finally, Texas is an electric island with very limited connectivity to the rest of the U.S. and Mexico. In addition to the interactions between gas and electric systems, there are interdependencies with water systems that can lead to failures in one system impacting another system. Usually electricity is a critical lifeline, and in extreme events and natural hazards, like hurricanes, it is quickly restored. But Texas has limited electric connectivity to the surrounding systems.

Q: You compared Texas to an electric island. Can you explain how the Texas system is set up?

A: Typically, infrastructure systems are connected. They respond to physical and historical constraints and have a long memory. However, the Texas system is weakly connected to the rest of the country, with high voltage direct current lines (HVDC). It is not regulated by the U.S. federal government. This characteristic also limits the ability to import electricity and support the other infrastructure like water. The outcome is a reflection of risk preferences and desires for efficiency, reliability and resiliency.

Q. Is the winterization of technologies possible in Texas?

A: The infrastructure of generation is designed for operation in reliability regimes. Plus, the market is designed to have the price spikes give a signal in the long run for supply, or generation, needs. Lack of winterization affected several technologies, from renewable energy sources like wind, to conventional generators like nuclear.

Limited penalties for not being able to deliver, as well as incentives to provide at the lowest possible cost, lead investors to streamline the supply. Even though there are technologies to operate in even more extreme conditions than those experienced by Texas, these capital investments must pass the cost-benefit analysis and maintain financial adequacy with the revenues from selling energy and ancillary services in the Texas market design. An additional complication are the swings in temperature. In short periods of time there may be swings of over 60F degrees. This further complicates the potential solutions (e.g., enclosing generators).

Q: What are the next steps to ensure this doesn’t happen again?

A: Economic design, technological developments, and institutional organization should be part of the discussion going forward. In electricity systems, reserves are used as a risk management mechanism, as an insurance. Further work on market design and risk management is necessary, including willingness to pay for these insurance mechanisms.

Increasing connectivity to the rest of the system can help as well. HVDC lines can provide needed imports (e.g., Tres Amigas). There have been discussions of a `megagrid,' connecting well beyond North America. These interconnections can facilitate adoption of low carbon technologies from geographical averaging.

The 1973 oil embargo led to the creation of strategic oil reserves, but storage in the electricity system remains limited. Energy storage, including thermal, and using other energy carriers like hydrogen can provide this buffer and lead to strategic energy storage reserves.

This is a good opportunity to have discussions about the research needed to implement the changes for a transition to a low carbon economy. 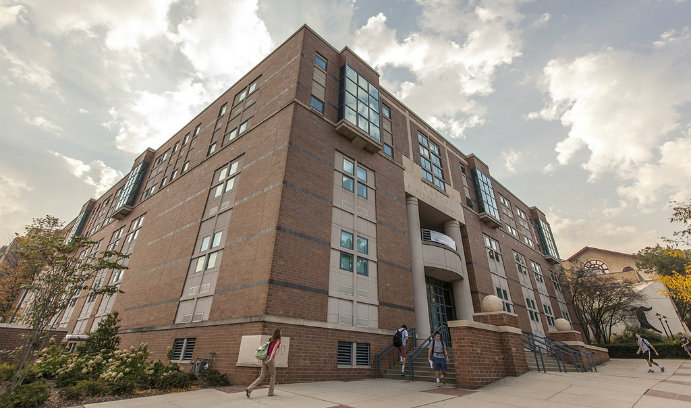 The Lehigh Student Chapter of the United States Association for Energy Economics to co-host symposium with renowned experts from government, industry and academia.