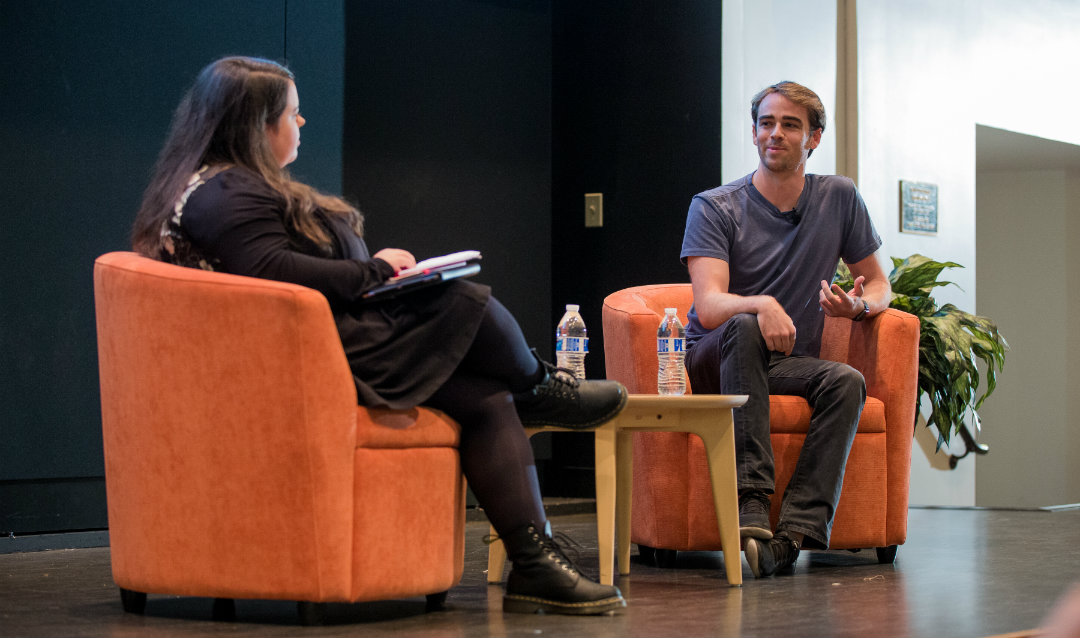 Whistleblower Tyler Shultz delivered a riveting account of the unraveling of the blood-testing startup Theranos to a Lehigh audience Tuesday―an ongoing saga that pitted him against his grandfather, former Secretary of State George Shultz, and that led to the dissolution of the company and the filing of criminal charges against its founder, Elizabeth Holmes.

Shultz’s retelling of the story, which was punctuated with humor, laid bare the ethical and personal challenges he faced in recognizing problems with the company’s technology, research and quality-control practices.

Shultz quit Theranos following his repeated efforts to get the company’s founder to address his concerns, then faced about $500,000 in legal fees in the aftermath. With his relationship with his grandfather―a Theranos board member― strained, Shultz alerted state regulators to the company’s questionable practices and became a confidential source for Wall Street Journal reporter John Carryrou, who detailed problems at Theranos in published articles.

“I’ve grown a lot as a person. I’ve learned a ton,” said Shultz. “But sometimes I still think that what I’ve learned is not worth the price that I paid. And if I could go back in time and give myself advice, I would say, ‘Don’t do it, just quietly resign and move on with your life.’ But knowing me, I know that I would ignore my own advice and I would still do it.”

In a conversation-style format guided by graduate student Gill Andrews ’18G , Shultz delivered the third Peter S. Hagerman ’61 Lecture in Ethics to a packed Room 101 in Packard Lab. The event was sponsored by Lehigh’s Center for Ethics. Andrews, a doctoral student in English,  is a member of the center’s student advisory committee.

Shultz said he first met Holmes in his grandfather’s living room and, impressed with her vision of being able to test for a number of medical conditions from a small sample of blood, sought work at Theranos as an intern. He joined the company full-time after graduating from Stanford University in 2013. As part of the company’s assay validation team, Shultz said he became aware that Theranos’ blood-testing devices were not working as touted, that blood test results were inaccurate and that state regulators were being misled. 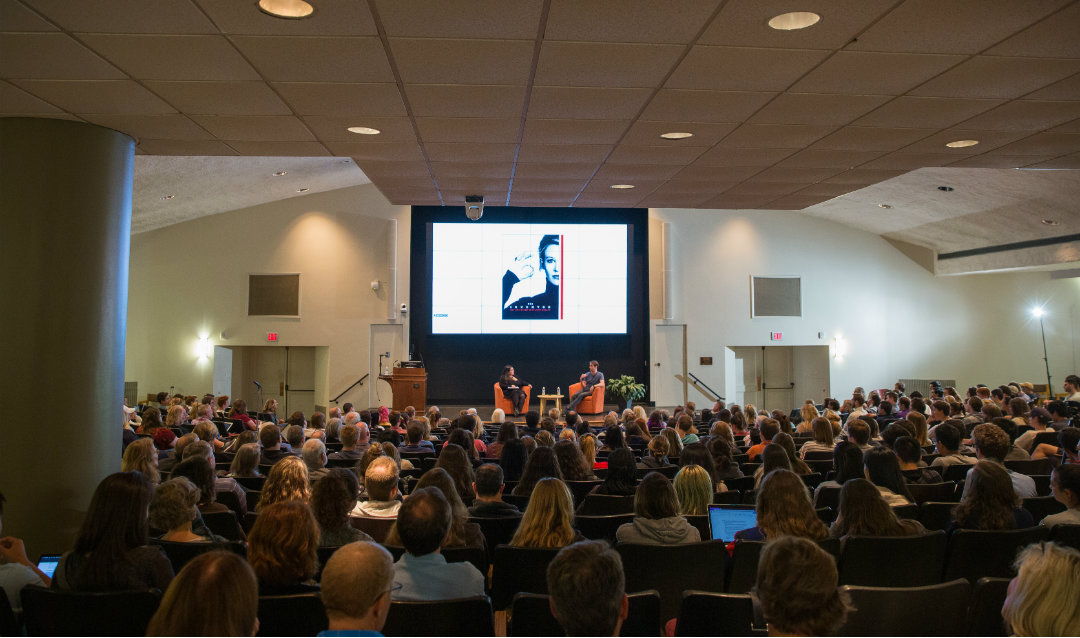 He said he saw other red flags that came to a head when he and his colleagues were conducting validations for a syphilis test. In running blood samples, he said, an alarming percentage of Theranos’ employees had tested positive for the sexually transmitted disease, which seemed unlikely and threw the accuracy of the devices into dispute. He and his colleagues forwarded the data to the statistics team, assuming the Theranos’ blood test for syphilis would not pass validation. But it did, meaning the test would be made available to real patients.

“At that moment, I really felt like the work that I was doing every day was actually going to be hurting people,” said Shultz. “This was something that I contributed a lot to, and I knew that someone would get hurt by this test, especially since syphilis is one of those things where if you actually go get tested, and you test positive, it's very treatable. But if you get a test and it says you're negative, and you don't treat it for a long time, then syphilis can become something that's actually much more serious and can even kill you.”

He said he raised his concerns directly with Holmes to no avail. But he hoped that a new version of the Theranos device would be “something revolutionary” and would actually work. His hopes were deflated when he learned that not much would change because everyone was happy with how the device was performing.

Shultz said he again raised his concerns, but was summarily dismissed by the company’s president Sunny Balwani in a scathing email. Shultz quit. It was some time later that he began privately talking to the Wall Street Journal reporter, who, he said, already knew about the problems at Theranos and was looking for corroborating sources.

At the time, he didn’t consider himself a whistleblower. “I never even thought of the word whistleblower until I saw it written in a newspaper next to my name in 2016,” he said.

Holmes, who had been considered a visionary in the mold of Apple's Steve Jobs, is awaiting trial in 2020 on fraud and conspiracy charges. Theranos, which was once valued at $9 billion, was dissolved in 2018.

Shultz said he didn’t plan on being a whistleblower but reacted to situations as they occurred.

His advice to anyone in a similar position? “I would say, work as hard as you can to prove yourself wrong, because you need to make sure you are 1,000% right before you do something like this. And I think that if Theranos was even a shred of what they claimed to be, I think they had enough money, they had enough power, they had the right lawyers that this could have ended much worse for me. I think things ended up so well for me, because they were so far off of what they were claiming.”

Previous speakers for the Hagerman lecture series include Samantha Power, former U.S. ambassador to the United Nations, who spoke to the topic of “Changing Your Slice of the World,” and Carly Fiorina, former CEO of Hewlett-Packard and former Republican presidential candidate, who spoke on “Why Ethics and Respect Matter”.

The Hagerman lecture and the Center for Ethics are funded in part by the endowment fund for the Teaching of Ethical Decision-Making. 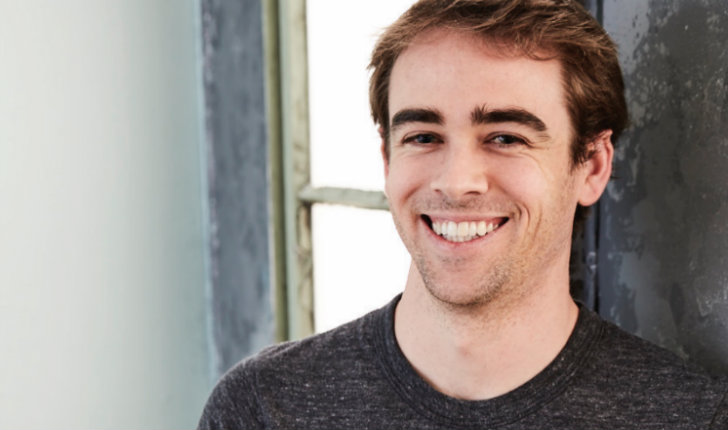 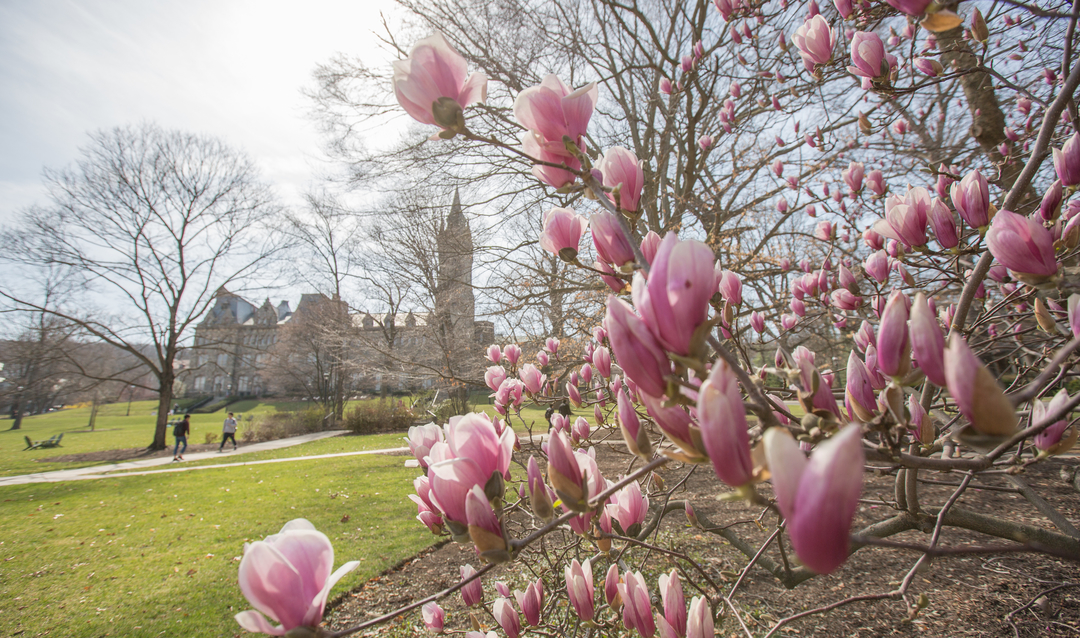 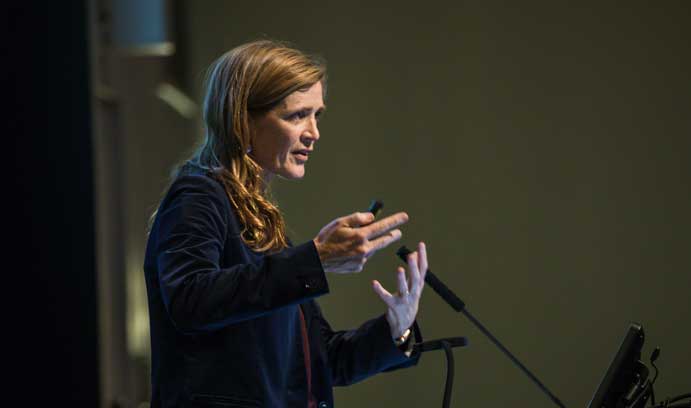 The former U.S. Ambassador to the United Nations delivers the second Peter S. Hagerman '61 Lecture in Ethics at Lehigh.