'The Drawings of Wifredo Lam': A LUAG Exhibition 20 Years in the Making 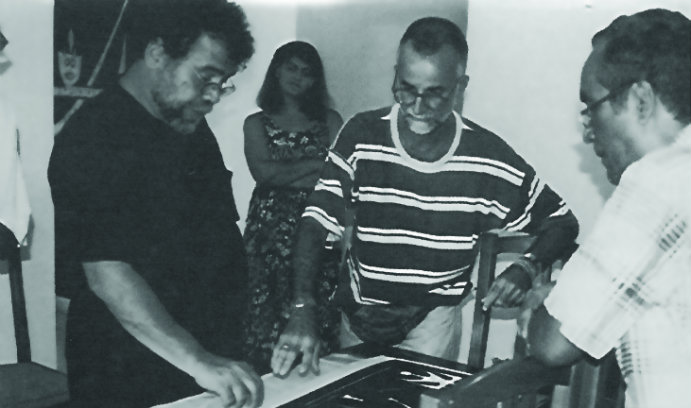 Ricardo Viera was in Cuba, recruiting artists to work with a Philadelphia workshop, when he found something else he wanted to import. In a Havana house he was dazzled by the drawings of Wifredo Lam (1902-1982), a fabled modernist and a favorite of Viera, a fellow Cuban multi-media creator, curator and cultural ambassador. Wouldn’t it be wonderful, he wondered, to organize a U.S. exhibit of these “sublime, eloquent and transcendent” distillations of Surrealism, Cubism and other revolutionary -isms?

Viera had no idea it would take five bids and 20 years to exhibit his idea. His long, byzantine journey is represented in the Lehigh University Art Galleries' handsome, historic show of 21 original works on paper by Lam, a renowned experimenter regarded by Picasso, an even more renowned experimenter, as a Cuban “cousin.” It’s the first private collection of Cuban art displayed in America since 1959, the year Fidel Castro’s communist regime toppled an American-endorsed dictatorship. It tops the artnet News list of the fall’s 30 most important shows around the world, sharing rare air with exhibits starring Picasso, Keith Haring and Phil Collins, the hit-machine musician.

The Lam show triples as a swan song of sorts for Viera, who plans to retire next fall after 44 years as chief curator/director of Lehigh University Art Galleries (LUAG) and museum operations. For five decades he’s served as resident aesthetic scientist and guerilla guru, turning the campus into a center for everything from Japanese avant-garde female photographers to American visionary sculptors, Latin-American videographer/performers to African sign painters of President Barack Obama.

The Lehigh Lam quest began with Viera’s 1997 visit to Cuba as a Spanish-speaking consultant to the Brandywine Workshop, a Philadelphia organization that uses art to build cultural bridges. When he wasn’t recruiting Cuban artists to come to the U.S. he was visiting relatives he hadn’t seen since 1962, the year a 17-year-old Viera flew to Miami as part of Operation Peter Pan, a two-year U.S. mission to import more than 14,000 children of anti-Castro parents.

For decades Viera, a tailor’s son, was reluctant to return to his first country, even though he regularly collaborated with Cuban artists, curators and scholars. His barriers ranged from opposition to the Castro government to concerns that he would be detained. The barriers fell when the Brandywine Workshop gave him the chance to create alliances in his homeland. “Emotionally, I was not ready to go home, period,” he says. “When I was ready to go, I said: ‘Why not?’”

Viera found a native ally in Juan Castillo Vázquez, deputy director of the Wifredo Lam Contemporary Art Center in Havana and the son of Lam’s favorite nephew. Vázquez, a lawyer, invited Viera to his Havana home to sample his collection of 100-plus works by his granduncle. Many of the pieces feature Lam’s modern twists on his Yoruba heritage, which he began exploring after discovering Picasso’s tribal African masks on cubistic figures. Lam treasured these drawings, keeping them in a studio/residence he vacated in 1958 after a prominent soldier in dictator Fulgencio Batista’s army planned to destroy the building to build a home.

Viera became a Lam fan in the late ’60s as a museum student in Boston. He was entranced by Lam’s prismatic, magnetic circuses of magically shaped women, horned moons and dragon-horses with African masks. Appreciation became admiration during his friendship with Lam collector Miguel Loredo, a monk, poet and political prisoner jailed with the ex-husband of Viera’s wife, Martha Marchena, a classical pianist and professor.

Viera and the Brandywine Workshop tried to bring the exhibition to the United States several times, but each time they were denied. Viera believes the official reason was that government officials didn’t want Cuban works in a diplomatically hostile country.

The rejections frustrated Viera, whose bull-dog creativity is illustrated by his bumper-sticker mantra: “Maybe we can’t reinvent the wheel, but we can paint it a new color.” His frustration was shared by Denise Stangl, his left- and right-arm assistant since 1984. “Ricardo would plant a seed,” says the operations administrator for Lehigh’s galleries and teaching museum, “hope the palm tree would grow, and then the hurricane would knock it down.”

'The light in the tunnel'

Viera planted another Lam seed in 2014 when he visited Cuba as an advisor for FotoFest International, the mammoth photography biennial based in Houston. The next year he sensed his seed could sprout when the U.S. and Cuba re-established diplomatic relations. “That was the light in the tunnel,” says Viera. “That’s when I said: ‘Oh, this is our chance.’”

Dealing with a very foreign country meant that Viera and Stangl had to deal with very foreign regulations. They had to obtain permission from the Lam Foundation, which is run by the artist’s son, Eskil, in Paris, and Cuba’s National Council of Cultural Heritage, which considers Lam a national treasure. Since the Lehigh phone system doesn’t allow calls to Cuba, they used their personal cell phones. Money was sent to Vázquez's bank in Spain because, according to Stangl, it might not have been sent to his bank in Cuba. A Cuban transportation company recommended by the National Fine Arts Museum doesn’t send works directly to the U.S., so Lam’s drawings flew first to London.

Stangl and Viera ended up teaming with a dozen agencies, including an arts customs broker, the Artists Copyright Society and four Lehigh divisions. Every step, says Stangl with a smile, “had its own little dance steps.”

The Lam exhibit is more than a swan song for Viera’s Lehigh career; it’s also a swan song for his 33-year partnership with Stangl, his office wrangler. She’s kept him on the ball as he’s juggled the global roles of teacher, director, curator, buyer, reviewer, broker and instigator of ambitious ideas nicknamed “thunderclaps.” He, in turn, has been her museum mentor, inspiring her to earn a business degree and leadership certificates.

“Ricardo and I grew up together,” says Stangl. “We have been and always shall be friends and teammates.”

For Viera, booking the Lam exhibit had some of the surrealism of its star’s drawings and life in Cuba. “It’s not my hardest show, but it was the most picayune,” he says. “It wasn’t easy. Like most things in life, everything good is not easy. Everything in life is a problem to solve.” 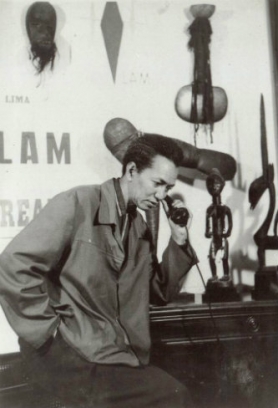 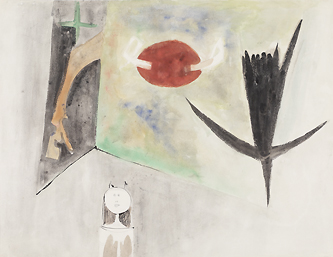 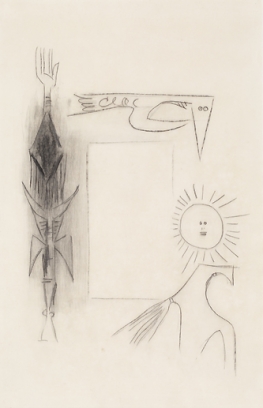 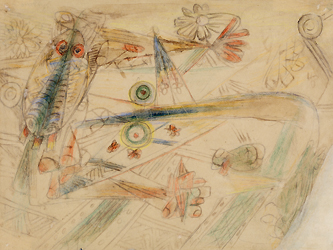 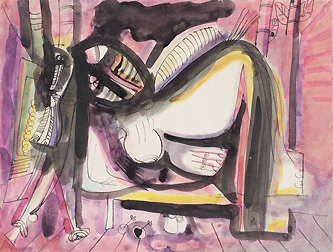 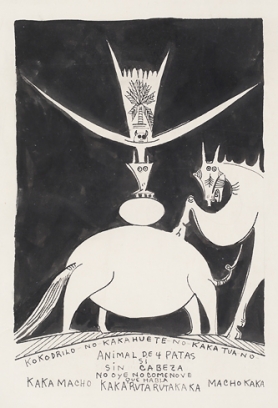 Exhibition continues through December 10, 2017 in the LUAG Main Gallery.

September 21: Lecture and reading of poetry by Wifredo Lam, presented by Juan Castillo Vázquez at 4:10pm in Baker Hall, Zoellner Arts Center. (This is a Spanish-language talk with English transcription provided, including excerpts from Wifredo Lam's poetry). Reception to follow.

All LUAG events are free and open to the public.