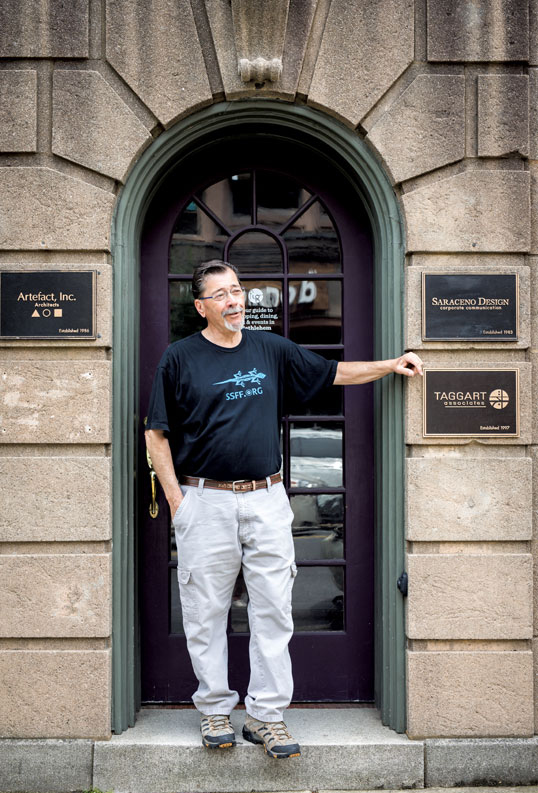 Businessman John Saraceno was an early supporter of efforts to revitalize the neighborhood.

With the South Side already struggling when he first launched his design business in the 1980s, he helped form a SouthSide Merchants Association and created events to draw people into the community. He renovated the 1929 building that houses his business, the Lit coffee shop and other entities. And before the SouthSide Ambassadors took hold, he picked up trash and swept gutters in front of his property.

“There’s a lot of good things that have been going on for a long time,” Saraceno says, pointing to the contributions of such entities as Touchstone Theatre and the Godfrey Daniels music listening room. Now, he says, “There are pieces falling into place. It’s just a progression of steps that were taken over the years.”

The merchants group that Saraceno helped found has evolved into the SouthSide Arts District, a revitalization program that works to improve economic conditions in the core business district. Hartney, the downtown manager, works with four committees that focus on economic vitality, design, promotions and organization. Among the many events are Spring on the SouthSide, First Friday, the Out to Lunch Concert Series and the Screen on the Green community movie night at the Zoellner Arts Center’s gardens.

Each year, the non-profit SouthSide Film Institute also hosts the SouthSide Film Festival, which celebrates independent films from around the world. And the Bethlehem Farmers’ Market at Farrington Square brings in locally grown foods Thursdays from May through October.

Lehigh faculty and staff are among the SouthSide Arts District committee members. Monika Skuriat Fritz, director of retail partnerships and marketing at Lehigh, leads the economic vitality committee, which focuses on empowering South Side merchants, helping developers to find additional merchants to fill empty storefronts, and “keeping things fun,” Hartney says. A recent retail strategy study helped to identify the types of businesses absent from the area that might prompt people to shop elsewhere, she says.

The district’s design committee promotes the physical art visible on the streets (brightly painted murals, lively flower pots, funky bike racks). Committee member Karen Beck Pooley, professor of practice of political science at Lehigh, has worked with Lehigh students who create pop-up parklets, or small public parks that fit within parking spaces and strive to improve the pedestrian experience. A vibrant new installation went up in June outside Roasted, a restaurant on Fourth Street, that expands its outdoor seating.

As the SouthSide Arts District moves forward with its initiatives, South Bethlehem’s history looms large. “With everything that we’re trying to do to advance into the future,” Hartney says, “we still have a big respect for the past and making sure that … we’re not tearing down our history.”

There are other lingering concerns that impact most universities and their relationship with their hometowns—traffic and parking, in particular. Both issues are being addressed jointly by the city and Lehigh. 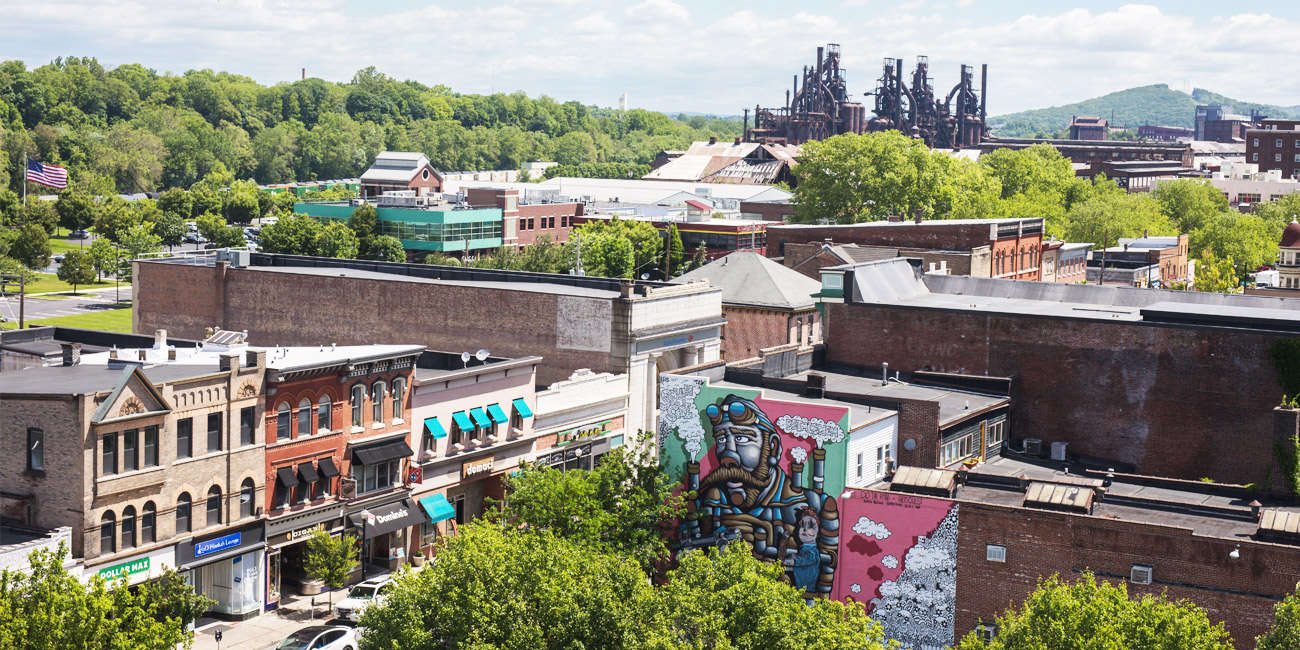 South Side Bethlehem is enjoying a resurgence. 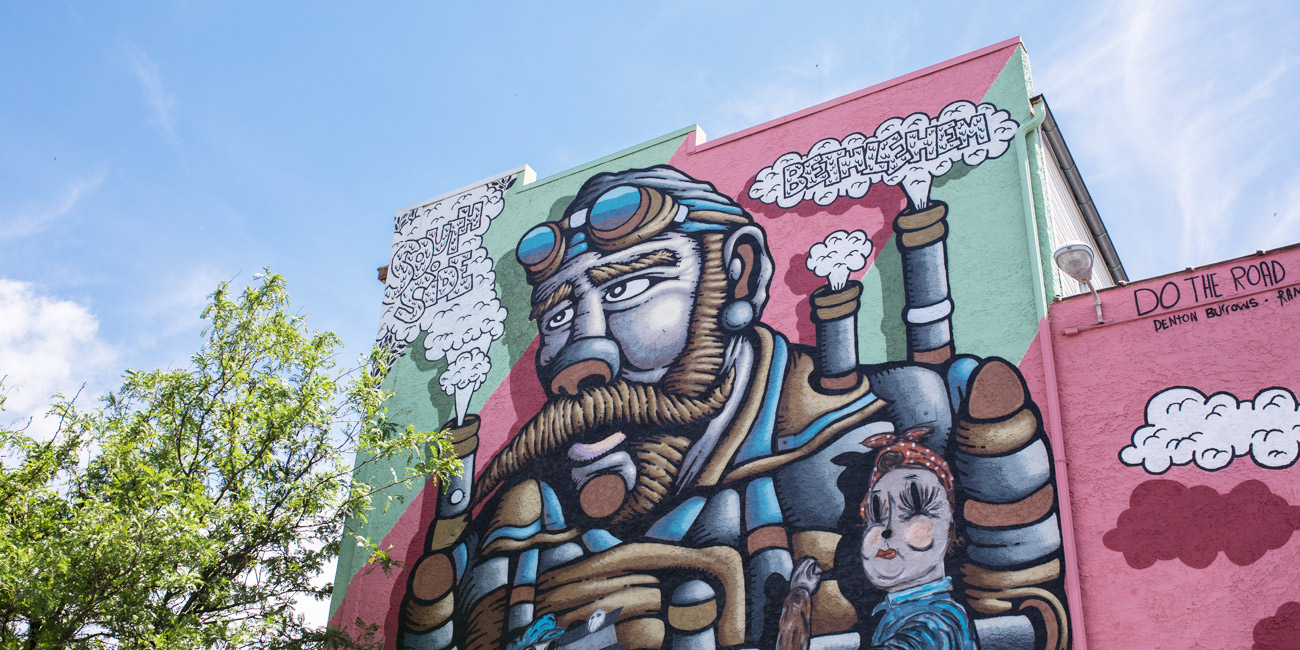 Denton Burrows ’11, co-founder of the art production company, Dripped On Productions, helped create the mural that transformed the stucco wall of a Third Street building. 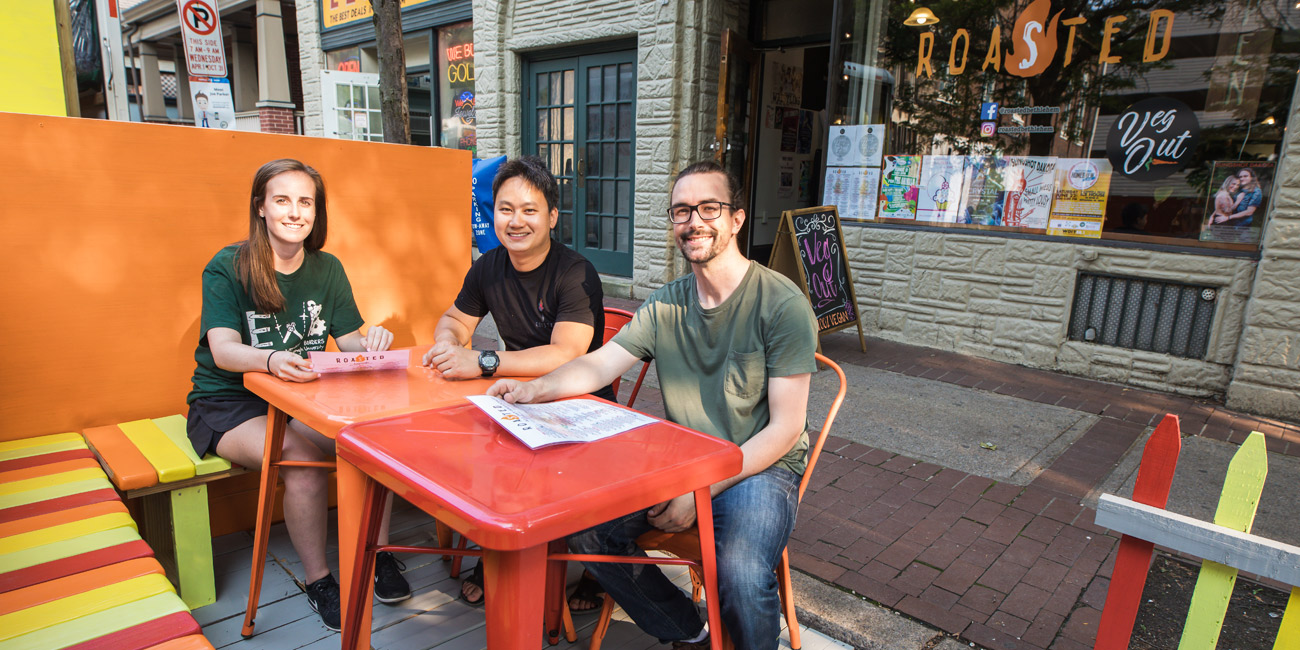 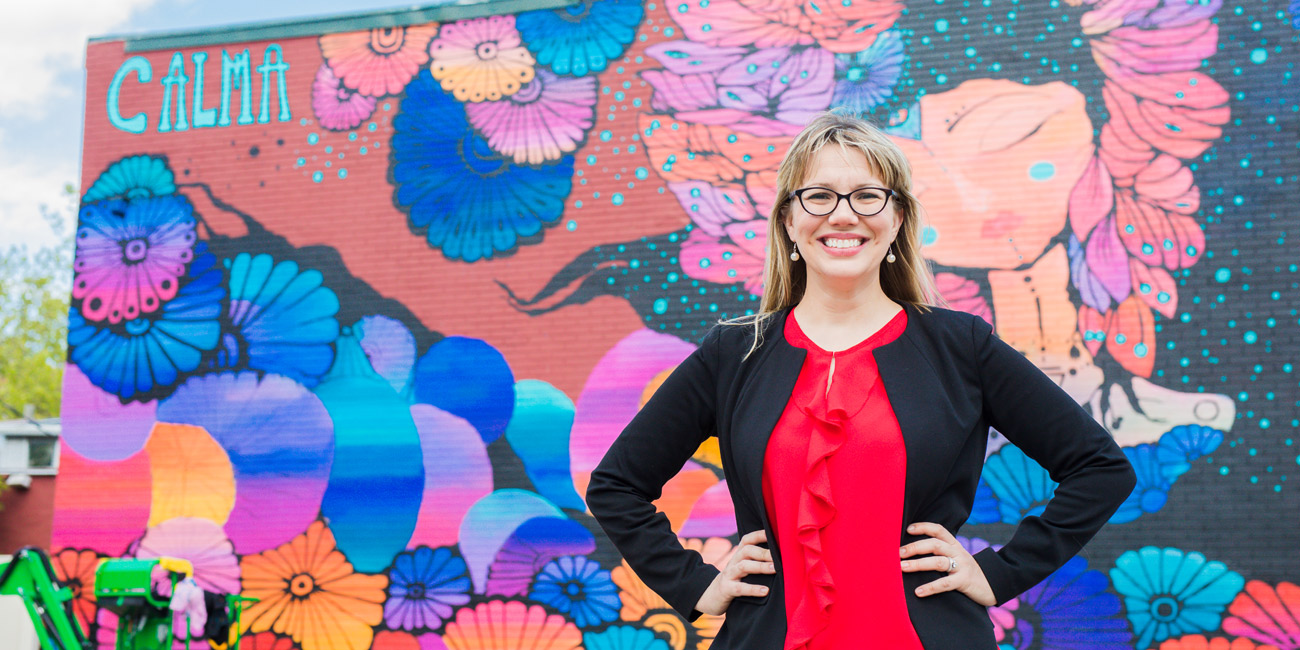 Downtown Manager Miss Hartney organizes events to draw people to the South Side. 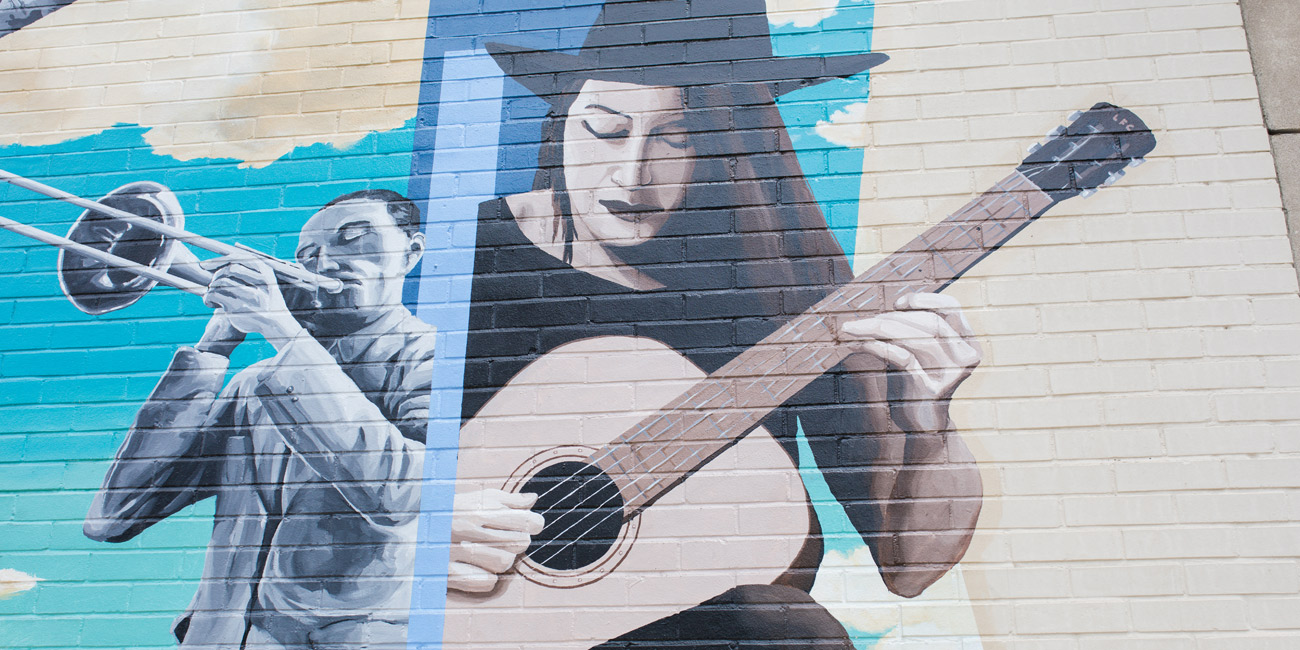 Murals are part of the South Side vibe.