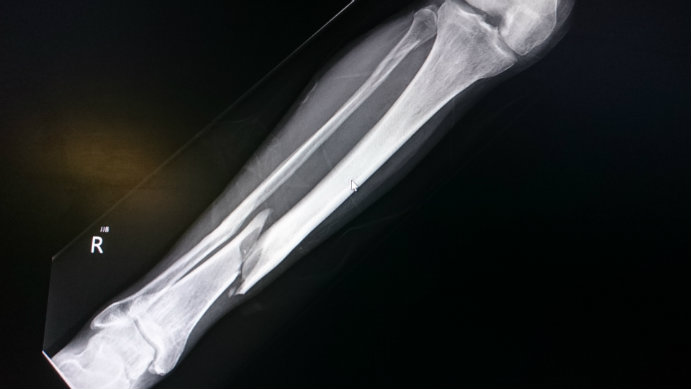 Findings from an interdisciplinary study by Lehigh professors Hannah Dailey and Ping-Shi Wu include increased risk of arrested healing among women aged 30-49 and a significant delay in bone healing among smokers. Pictured here: an X-ray of a tibia fracture (Credit: iStock-DanBriffa)

In adults, tibia (shinbone) fractures are usually fixed through the surgical implantation of a slender metal rod called an intramedullary nail in the hollow space within the bone. This treatment is generally effective for tibial fractures. However, in 10 to 15 percent of cases the bone fails to heal in a timely manner, resulting in a nonunion, or arrested healing.

This is considered a serious complication in the healing of a fracture with major consequences. Patients who experience nonunion can be significantly affected by pain, increased duration of opioid use, and depression. Medical costs and lost wages are also high, and only about 60 percent of nonunion patients are able to return to work within one year.

In an interdisciplinary study by Hannah Dailey, assistant professor of mechanical engineering and mechanics and Ping-Shi Wu, associate professor of mathematics, a team examined 1,003 patient records from a large database compiled by the world's leading experts on nonunion, Dr. Charles Court-Brown and Dr. Margaret McQueen—both of the Royal Infirmary of Edinburgh, Scotland—of patients treated in their trauma center over a more than 20-year period: 1985-2007.

The results will be published in the July issue of Journal of Orthopaedic Trauma in a paper called: "Tibial Fracture Nonunion and Time to Healing After Reamed Intramedullary Nailing: Risk Factors Based on a Single-Center Review of 1003 Patients,” and co-authored by Katherine A. Wu, a statistics student and President’s Scholar at Lehigh, as well as Dr. Court-Brown and Dr. McQueen, of the Department of Orthopaedic Trauma, Royal Infirmary of Edinburgh, University of Edinburgh.

One surprising result the researchers found was that patients in the middle decades of life, particularly women aged 30-49, seemed to be at increased risk of nonunion.

“This finding does not have a simple obvious biological explanation, and suggests that there are other factors—such as living environment, employment, activity levels and others—that could be contributing to bone healing in a way that isn't easy to measure,” says Dailey.

Another important result from the study was that smoking significantly delays bone healing.

“We are all familiar with some of the more well-known negative health effects of smoking, but the influence on bone healing is less widely known outside the medical community,” says Dailey. “Our study recommended that all fracture patients should be provided with support for smoking cessation to help reduce the risk of complications related to their injury.”

From the study: “Smoking did not increase the risk of nonunion but did significantly extend the median time to union. Nonunion risk also shows a nonlinear trend with age and women in middle adulthood may be at increased risk compared with all other groups. This finding is not explained by the distributions of injury characteristics and suggests that exogenous factors, such as weight-bearing behavior, may have a contributing effect and should be objectively measured in future prospective investigations.”

Adds Dailey: “This paper illustrates how Lehigh's culture of interdisciplinary research and undergraduate research involvement makes exciting things possible. I'm not a statistician, but I was connected to Professor Wu through a Lehigh undergraduate who was studying statistics and working for me one summer in the Biosystems Dynamics Summer Institute (BDSI) program on an unrelated project and that relationship grew into a long-term collaboration and produced this exciting study.” 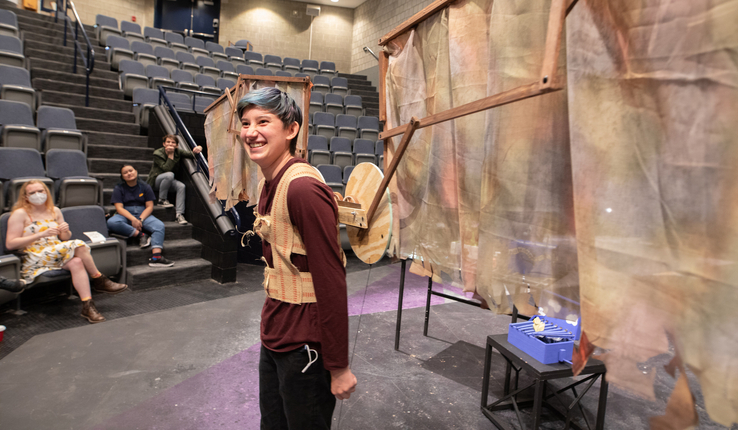 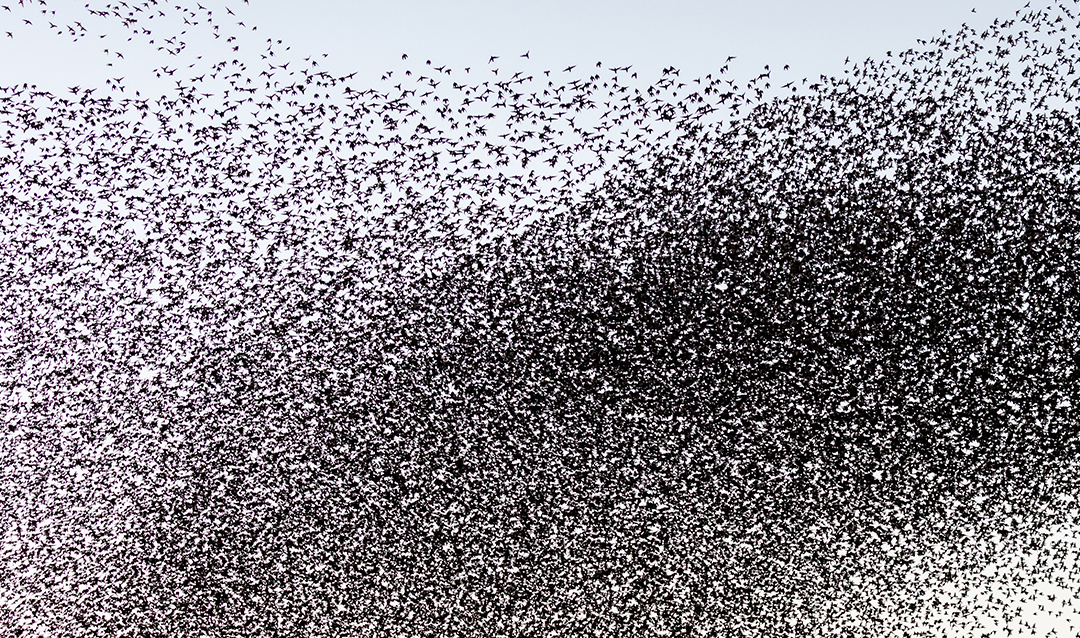