For the first time, researchers have identified the specific mechanism of von Willebrand Factor (vWF)―an essential blood clotting protein―that enables it to bind to platelets and initiate clotting. 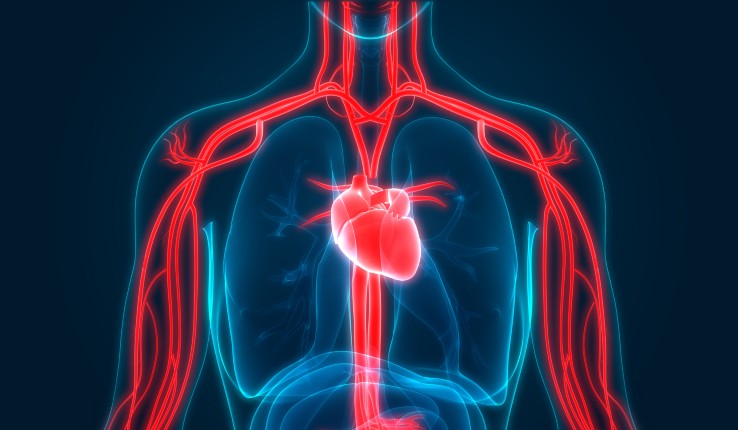 Under normal, healthy circulatory conditions, the von Willebrand Factor (vWF) keeps to itself. The large and mysterious glycoprotein moves through the blood, balled up tightly, its reaction sites unexposed. But when significant bleeding occurs, it springs into action, initiating the clotting process.

When it works properly, vWF helps stop bleeding and saves lives. However, according to the Centers for Disease Control and Prevention (CDC), about 60,000 to 100,000 Americans die each year from thrombosis, a disorder characterized by too much clotting. Blood clots can trigger a stroke or heart attack.

According to X. Frank Zhang, associate professor in the Department of Bioengineering at Lehigh University, only one drug has been FDA-approved to target vWF and treat thrombosis, or excessive blood clotting disorders, Caplacizumab. It works by binding to vWF and blocking it from binding to platelets. However, no one has understood the specific mechanism behind how it accomplishes this.

Until now, for the first time, Zhang and his colleagues from Emory University School of Medicine and the University of Nottingham have identified the specific structural element of vWF that allows it to bind with platelets and initiate clotting. The team says that the specific unit, which they call the discontinuous autoinhibitory module, or AIM, is a prime site for new drug development. The work is described in an article published last week in Nature Communications, “Activation of von Willebrand factor via mechanical unfolding of its discontinuous autoinhibitory module.”  The study was co-led by Lehigh Bioengineering graduate student Wenpeng Cao.

“The AIM module allows the vWF molecule to remain non-reactive in normal circulating blood, and activates the vWF instantly upon bleeding,” says Zhang. “In our research, we identified that Caplacizumab works by binding the AIM region of vWF and enhancing the force threshold to mechanically remove vWF's autoinhibitory structures, opening up a new avenue to the development of antithrombotic drugs targeting the AIM structures.”

An essential feature of vWF is that it remains non-reactive towards platelets most of the time in circulation, says Zhang. However, at bleeding sites, vWF can be activated almost instantly to achieve platelet adhesion and blood clot formation. In this research, the team identified a structural element, AIM, located around the portion of vWF, called the A1 domain, that is responsible for binding platelets.

“In normal circulating blood,” explains Zhang “the AIM wraps around the A1 and prevents the A1 from interacting with platelets. However, at the binding site, the blood flow pattern change leads to enough hydrodynamic force to stretch the AIM and pull it away from the A1, allowing the A1 to grab platelets to the bleeding site.”

Zhang, who has been studying vWF for years, specializes in single-molecule force spectroscopy and mechanosensing, or how cells respond to mechanical stimuli. He uses a specialized tool called optical tweezers, which utilizes a focused laser beam to apply force to objects as small as a single molecule.

Zhang says that before conducting the study, the team suspected that they would find an autoinhibitory module, given previous research by co-corresponding author Renhao Li at Emory.

“However, we did not expect this inhibitory module to play such an important role in vWF,” says Zhang. “It not only controls the vWF activation for platelet interaction, but plays a role in triggering some types of von Willebrand disease, a hereditary bleeding disease affecting one percent of the human population.”