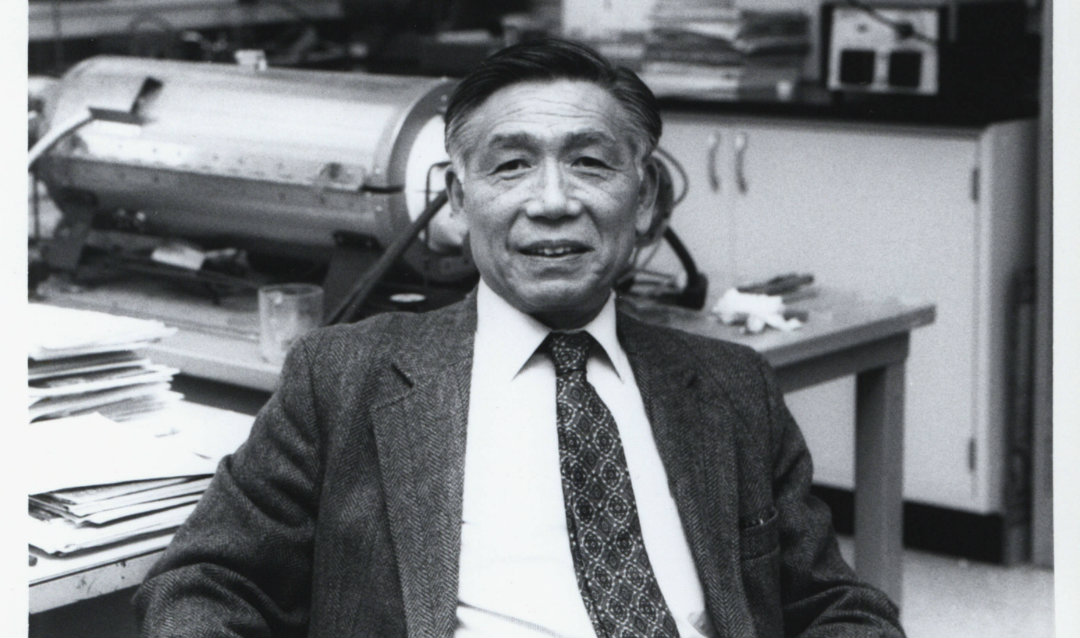 The professor emeritus of materials science and engineering passed away peacefully in July 2019.

A memorial service will be held Saturday, Sept. 28, at Lehigh’s Mountaintop campus for Professor Emeritus Russell Y.T. Chou, 95, who passed away peacefully July 16, 2019 with his daughter Vivian by his side at Longhorn Village, Austin, Texas.

The memorial service will be held at the Stabler Observation Tower at the Iacocca Conference Center beginning at 1 p.m.  A reception will follow. All are welcome.

Chou, who was the New Century Fund Professor of Materials Science and Engineering in the P.C. Rossin College of Engineering and Applied Science, retired in 1995 after 27 years at Lehigh. He specialized in ceramics materials and processing including crystal growth, superconductivity and superlasticity.

He received the Joseph and Eleanor Libsch Research Award in 1974.  A fellow of the American Society of Metals, he authored or co-authored more than 140 technical papers.

“Russell was a wonderful colleague, incredibly sharp, and always willing to turn his attention to new areas of study such as laser irradiation of ceramics, or ceramic superconductors,” said Helen Chan, the New Jersey Zinc Professor of Materials Science and Engineering at Lehigh. He also had an engaging sense of humor, she said.

Born in Zhenjiang, his father, Chou Chih Hung, was a renowned metallurgist in China. Chou continued that interest with a B.S. in metallurgy (1945) from National Chung King University and then left China for Pittsburgh to further his studies.

Working as a researcher at the university laboratory and as a laborer at the open-hearth furnaces of US Steel, he earned his M.S. in metallurgy (1954) and Ph.D. in mathematics from Carnegie Mellon University.  He then joined US Steel as a scientist at the Edgar C. Bain Laboratory in Monroeville, Pa.

In 1958, he married his perfect match, Hedy SH Chou, who managed the family to allow the then associate professor (1968) at Lehigh, to explore new worlds, both physical and scientific, not only at Lehigh but through appointments as visiting consultant or professor in Cambridge, UK and MIT, Stanford, Brown, and Taiwan and others too numerous to mention.

With that openness and dedication, author/co-authoring around 100 research papers, came the recognition from US Steel (Fellow), American Society of Metals (Fellow), Advanced Materials Science and Engineering (Blackall Award), National Science Council (Professorship, Taiwan) and The Mineral, Metals & Material Society (Fellow) as well as a US Patent.  In 1995, Lehigh appointed him the New Century Professor, Department of Materials Science and Engineering and Professor Emeritus.

“Despite his accomplishments, Russell was always modest and unassuming,” said Helen Chan. “He shied away from the limelight.  He was an intellectual in the truest and best sense.”

Andrea Harmer, director of the materials instructional technology lab at Lehigh, first met Chou in 1979, when he was a full professor and she was a new, young support staff. She was pursuing a master’s in English while working as a photographer in the materials science department.

“While some graduate students in the sciences questioned my choice of studies,” she said, “Dr. Chou made me feel valued and important as he would often knock on my darkroom door to ask for the best phrasing for one of his technical papers or for an English translation from idioms he did not quite understand. When he retired from Lehigh, I missed him pacing the halls deep in thought, and his frequent knocks on my door for help. He was a great guy.”

A lifelong academic, at the age of 74, Chou became an adjunct professor at the University of California Irvine which left little time for his enthusiasm for sports and music.  What was always present was his humor, knowledge and love for his family.

He is predeceased by his wife, Hedy, who died in 2013. He is survived by his sister Yi Jing, daughter Vivian (Eric) Wilson ’80, son Ken (Jing) ’85, grandsons Brian and Kevin and granddaughters Kelly, Kaitlen and Khloe.