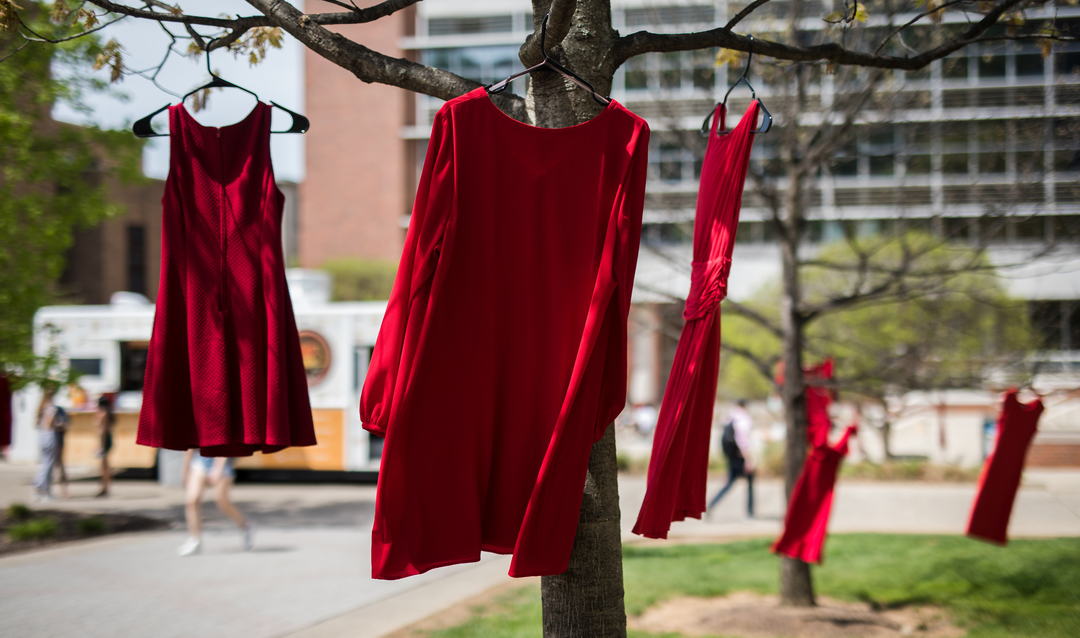 Red dresses hung from tree branches and swayed in the breeze along Lehigh’s Fairchild-Martindale Library concourse in early May as a way to raise awareness about missing and murdered Indigenous women and girls in the United States, Canada and Mexico.

Students Sarah Mixsell ’24, Sarah Manthorp ’24, Jennifer Cocchiere ’24 and Natalia Montero ’22 worked with Lehigh’s Center for Gender Equity and the Institute for Indigenous Studies in a nod to Indigenous artist/activist Jaime Black’s REDress Project, a public art installation she created in response to the international issue. 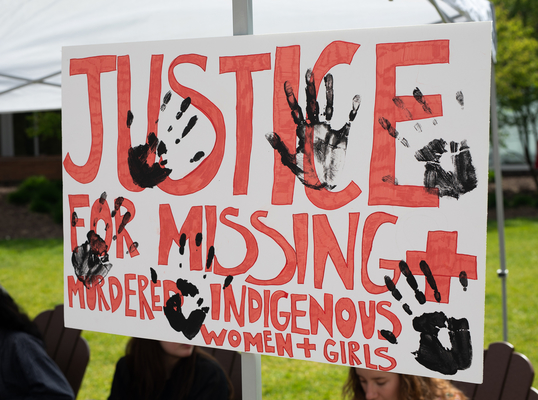 “This project and all work focused on Indigenous peoples are incredibly important at Lehigh,” said Rita Jones, director of the Center for Gender Equity. “We have students from all over the world, and regardless of where one is, these issues surrounding abducting, violating, trafficking, and murdering Indigenous women and girls are ones that remain underdiscussed and certainly un-responded to.”

Three of the students involved in the Lehigh project were in Lehigh Professor Monica Najar’s Fall 2021 class, “Women, Gender, and Sexuality Studies 001: Gender and Society.” The students had participated in discussions that centered on the long history of state-sanctioned violence against Indigenous women and their families, Najar said, as well as how that history of violence manifests today in the ongoing crisis of missing and murdered Indigenous women. 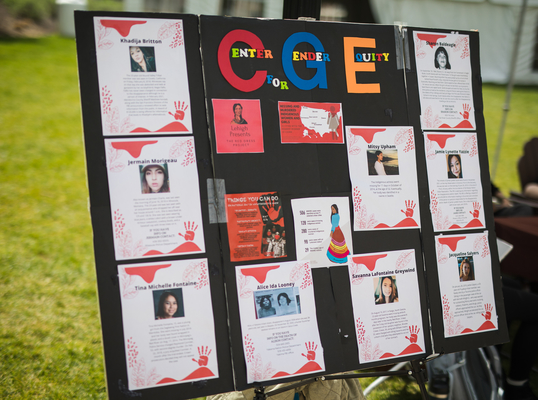 The students learned about Black’s REDress Project and wanted to continue her efforts to raise awareness of the issue, Najar said. The students solicited donations, collecting 35 to 40 red dresses for the project, also as a way to boost awareness.

Native women face murder rates more than 10 times the national average, according to the Coalition to Stop Violence Against Native Women.

“I know we live in an area of the United States where there are not a lot of Native people nor Native communities,” said Sean Daley, director of Lehigh’s Institute for Indigenous Studies. “But [the] Lehigh Valley has several highways that run through it, and it is in close proximity to several large urban areas—New York, Philadelphia, Washington, D.C., Boston, and so on, where sex trafficking is an issue.”

While most of these Indigenous women are disappearing from the western regions of the United States, he said, “there is a legitimate possibility” that some of them are coming through the Lehigh Valley if they are being forced into sex trafficking. 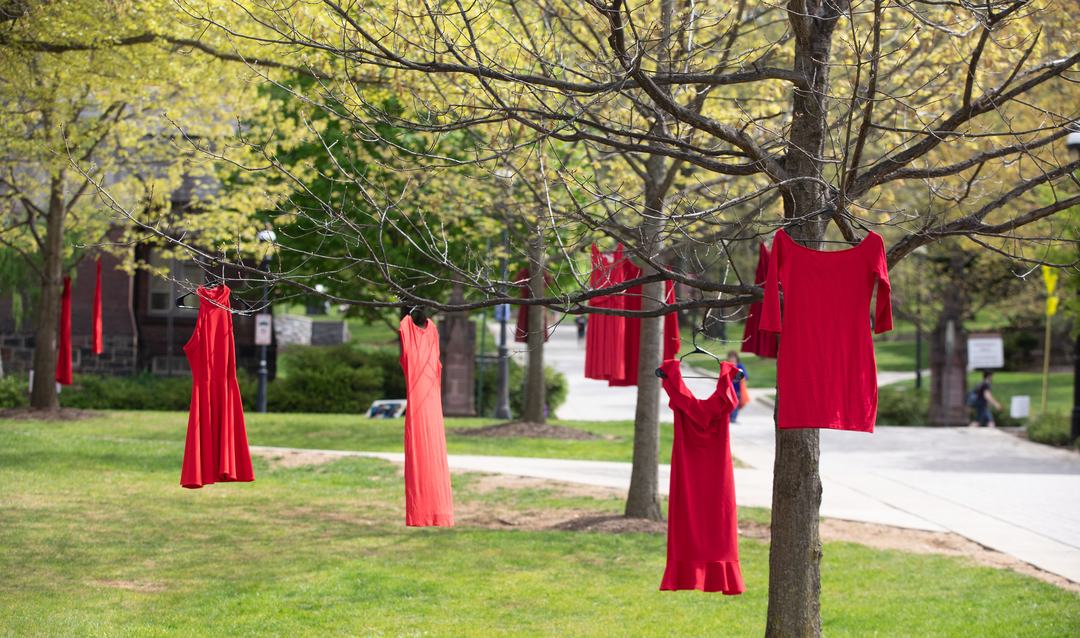 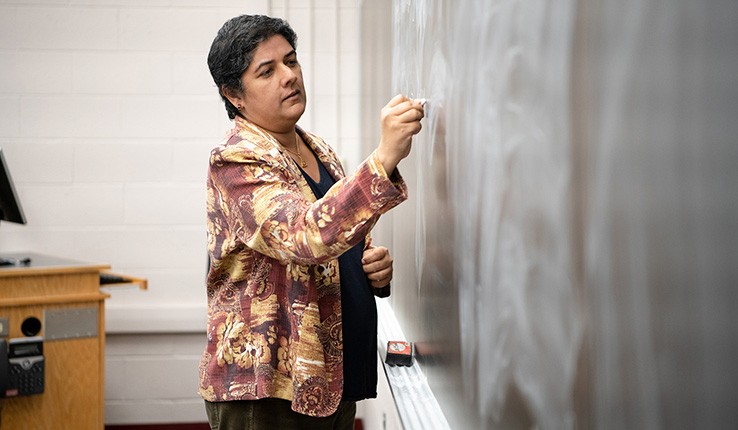 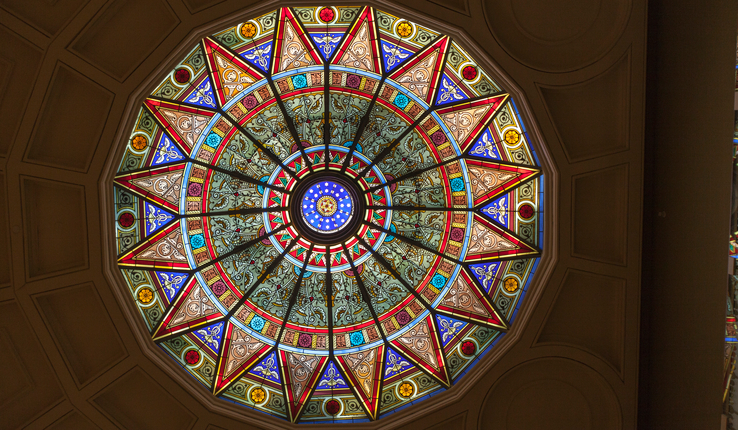 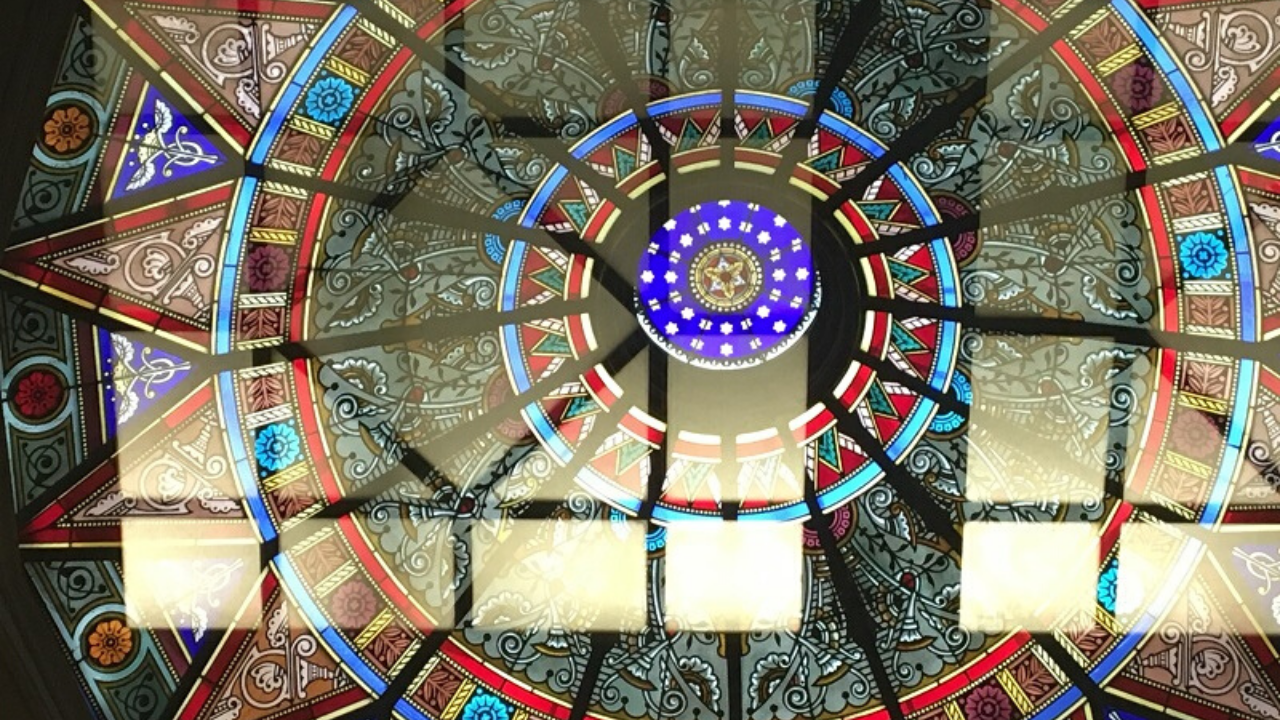