Simon receives distinguished medal for his role in leading collaborative research between Polish and American scientists. 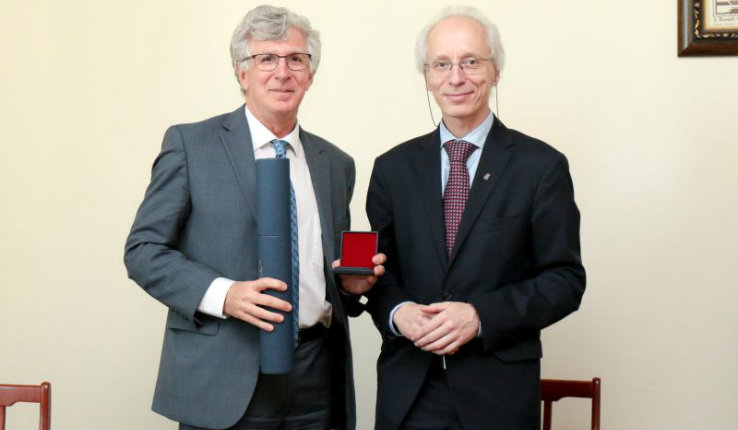 Lehigh President John D. Simon ’19P, an internationally renowned chemist, has been awarded a silver Plus ratio quam vis medal from the faculty of Jagiellonian University in Kraków, Poland, for his role in collaborative research between Polish and American scientists.

In a ceremony held June 13 in Kraków, Simon received the award from the Jagiellonian faculty of biochemistry, biophysics and biotechnology for his work in developing a collaboration between research groups at Duke University--where Simon previously served as vice provost of academic affairs--and Jagiellonian in the areas of molecular biology, photochemistry and photophysics.

According to an announcement of the honor by Jagiellonian University, the collaboration “allowed Kraków scientists to use unique measuring devices, which resulted in discovering the mechanisms of endogenous eye and skin pigment toxicity, including their ability to photogenerate reactive forms of oxygen that can be engaged in undesirable phototoxicity of these tissues.”

Simon played a leading role in writing a series of academic papers that drew on the work of the two institutions. The papers, published between 2000 and 2010, appeared in such prestigious journals such as the Journal of the American Chemical Society and Proceedings of the National Academy of Science. The publications were co-authored by Professor Tadeusz Sarna and his colleagues in the Department of Biophysics at the Jagiellonian University.

The medal was formally presented by Jagiellonian’s vice-rector for research and structural funds, Professor Stanisław Kistryn.

Founded in 1364, Jagiellonian  is the oldest university in Poland and the second-oldest in all of Central Europe. The university’s silver Plus ratio quam vis medal, which is Latin for “Reason before force,” is awarded to “persons distinguished for eminent services to Jagiellonian University.” Previous recipients include Nobel Prize Laureate in Physiology James Dewey Watson; economist, former prime minister and former president of Portugal Aníbal Cavaco Silva; and former president of France Valéry Giscard d'Estaing.

“It is my great honor to receive such recognition from Jagiellonian University, an esteemed institution whose scholars have been exceptional colleagues and collaborators,” said Simon. “International collaborations such as ours are essential to advancing key research that can impact lives across the globe.”

Simon received his B.A. in chemistry from Williams College in 1979 and his Ph.D. from Harvard University in 1983. After a postdoctoral fellowship at UCLA, he joined the Department of Chemistry and Biochemistry at the University of California-San Diego in 1985, and then moved to Duke University as the George B. Geller Professor in 1998.

His research interests have been focused on understanding the structure and function of human pigmentation. Prior to arriving at Lehigh, he had been collaborating with scientists from around the world to study the only known intact pigments recovered from the Jurassic period.

Simon has received numerous fellowships and awards for his scientific work, including the Presidential Young Investigator Award, the Alfred P. Sloan Fellowship, the Camille and Henry Dreyfus Teacher Scholar Award, and the Fresenius Award. He has authored or co-authored nearly 250 academic papers and four books. 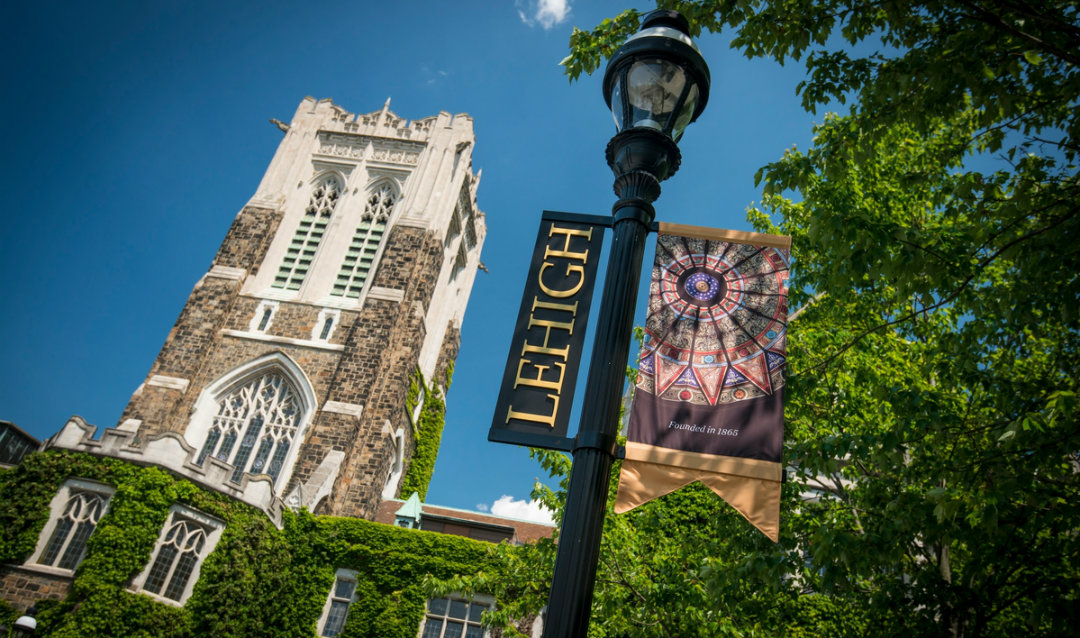 A Message from President John Simon

'Know that we are all in this together'