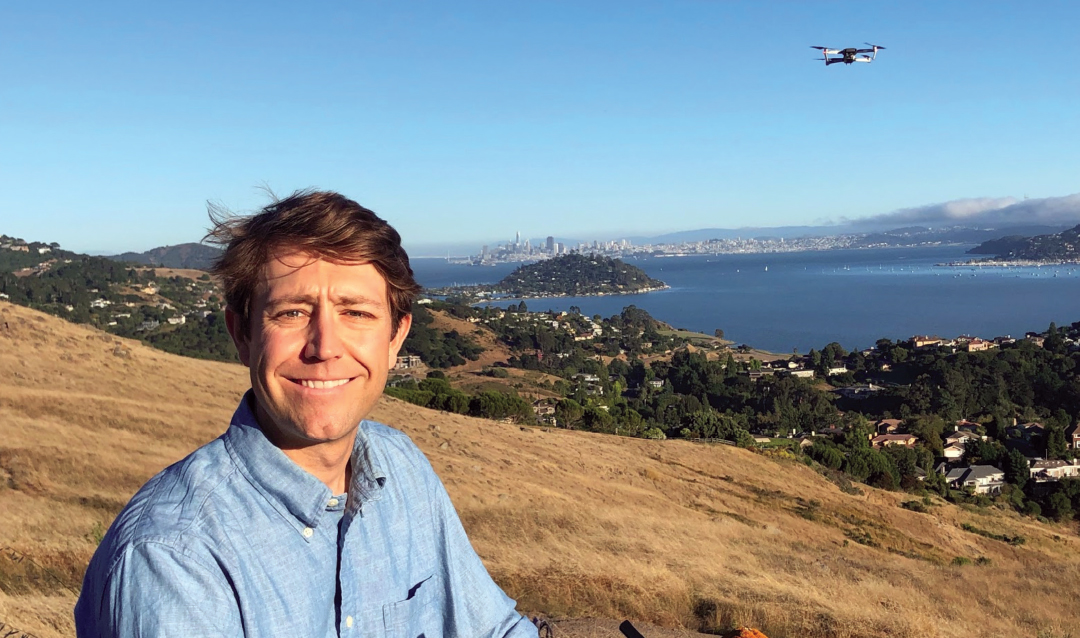 Paul Huish '05 founded DroneHive in 2016 to fill the demand for drone pilots.

The company matches pilots and equipment to client needs in a highly customized manner.

Paul Huish ’05 was working at a successful healthcare industry startup in 2015 when he noticed that a company he’d invested in—one that used drones to provide crop data to farmers—was having trouble finding qualified drone pilots.

“There were no companies focused on the human resource/labor factor of this new industry, no one managing a contract labor force for the upcoming demand,” Huish said. “These projects are not usually 40-hour-per-week jobs. It’s a couple hours here, maybe a day there.”

To fill the need, Huish founded DroneHive in 2016 to identify, recruit, train and manage a pool of qualified drone pilots across the United States, Canada and Mexico. The company matches pilots and equipment to client needs in a highly customized manner. DroneHive specializes in knowing everything about drone rules, regulations and safety measures.

“A façade inspection of a high-rise building is a lot different than collecting post-disaster data after a tornado. They’re two very different things, so you need two different pilots with different equipment,” Huish explained.

DroneHive doesn’t provide hardware—pilots use their own equipment—or interpret the data their pilots collect.

“We are experts in aerial data collection,” Huish said. “We provide the boots on the ground—the people who are flying the drones, planning the missions, interacting with the Federal Aviation Administration. We do everything on the aerial operations side to acquire the data and deliver it in a timely fashion.”

Currently, the company’s network of qualified drone pilots tops 850. They collect data from a wide range of projects including annual façade inspections of the Salesforce Tower—the tallest skyscraper in San Francisco’s skyline—to construction projects for Google, Facebook and Microsoft, among others. DroneHive also supported testing and development for Google’s Wing drone-delivery system in rural Virginia.

“Drone delivery is on the cusp of reality in Virginia,” Huish said, and will spread nationwide once remote identification of drones and unmanned air traffic management have been perfected. He also believes the day of unmanned aerial taxis (think Uber of the air) is perhaps only a decade away.

Huish, who earned his bachelor’s degree in finance with a philosophy minor, says his Lehigh education and the focus on teamwork in his business classes prepared him and his classmates well for the real world.

“The teachers were friendly and helpful, but they didn’t go easy on us. The message was, ‘In order to be successful, you’ve still got to work hard, buddy—you’re not going to skate through life every step of the way.’”