Phillip Coles, professor of practice in management, is among researchers who tested whether buyers would accept East Coast broccoli varieties with differing flower-bud size. 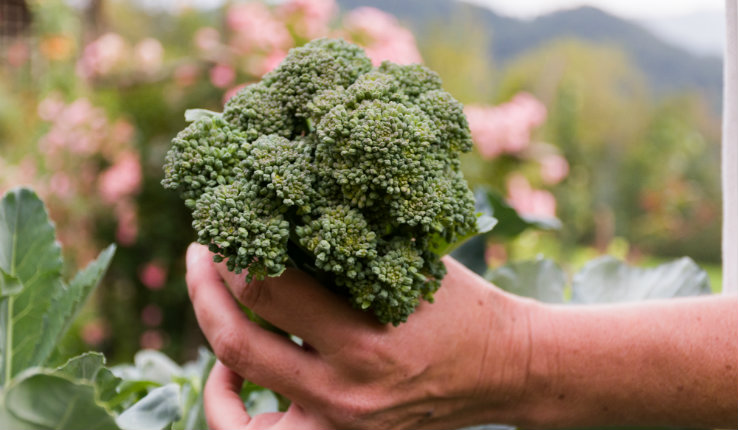 West Coast farms produce more than 90 percent of the broccoli consumed in the United States. With production mainly in California, and concentrated in Monterey County, this creates a food security issue, especially in light of California droughts in recent years, and long supply chains to the East Coast, according to Phillip Coles, professor of practice in management at Lehigh.

Because of this, in 2010, Cornell University–with funding from the U. S. Department of Agriculture’s National Institute of Food and Agriculture through the Specialty Crops Research Initiative–began The Broccoli Project in an effort to create a high quality, year-round supply of Eastern-grown broccoli. The project was approved for an additional $5 million in USDA funding to fund the effort for another five years.

As part of the project, plant breeders at Cornell are developing strains of broccoli that can be grown successfully on the East Coast, the caveat being the new broccoli strains grown on the East Coast continue to have slightly different quality characteristics.

Coles, along with researchers from Cornell and the University of California, Davis, tested whether buyers would accept local, East Coast broccoli varieties, which do not have the bud and head uniformity and other quality traits exhibited by California-grown broccoli.

East Coast summers–hot and humid–have been proven to cause structural abnormalities in broccoli: uneven bud growth, uneven bud size and uneven heads are a result of temperatures that exceed 86 degrees, typical during the summer months on the East Coast.

Social, health and economic concerns have driven the demand for locally grown food exponentially. Local food sales in the United States grew from $5 billion to $12 billion between 2008 and 2014, according to food industry research firm Packaged Facts. Much of this growth was through smaller natural food sellers and farmer’s markets, but most produce is sold through larger outlets and the authors wanted to evaluate the sentiment of buyers, the gatekeepers to the majority of produce consumers, towards purchasing local produce.

The researchers theorized that locally grown produce would be a strong enough compensatory attribute, that buyers would overlook an East Coast grown broccoli of lower quality.

They found that to not be true.

Coles and his co-authors surveyed 27 wholesale and retail buyers from the East Coast who represented companies selling roughly 50 percent of total grocery sales to determine their preferences for various quality characteristics and preference for local broccoli.

Both groups favored broccoli with dark green color, uniform heads and beads, small bead size and short stems, regardless of whether the produce was produced locally.

“Buyers have a strong interest in locally grown and East Coast broccoli,” said Coles. “But they require the same high quality produce as broccoli from California.”

Despite the unwillingness of buyers to compromise on quality standards, the research demonstrates an opportunity for local East Coast growers.

“East Coast growers who would like to market their produce as locally grown will benefit from this research,” said Coles.

Because natural food stores tend to be smaller and are more forgiving of quality overall, Coles and his colleagues recommend growers approach them first to market their broccoli. This would allow them to start on a smaller scale before ramping up production by selling into a smaller, more forgiving market, before attempting to sell to larger produce retailers