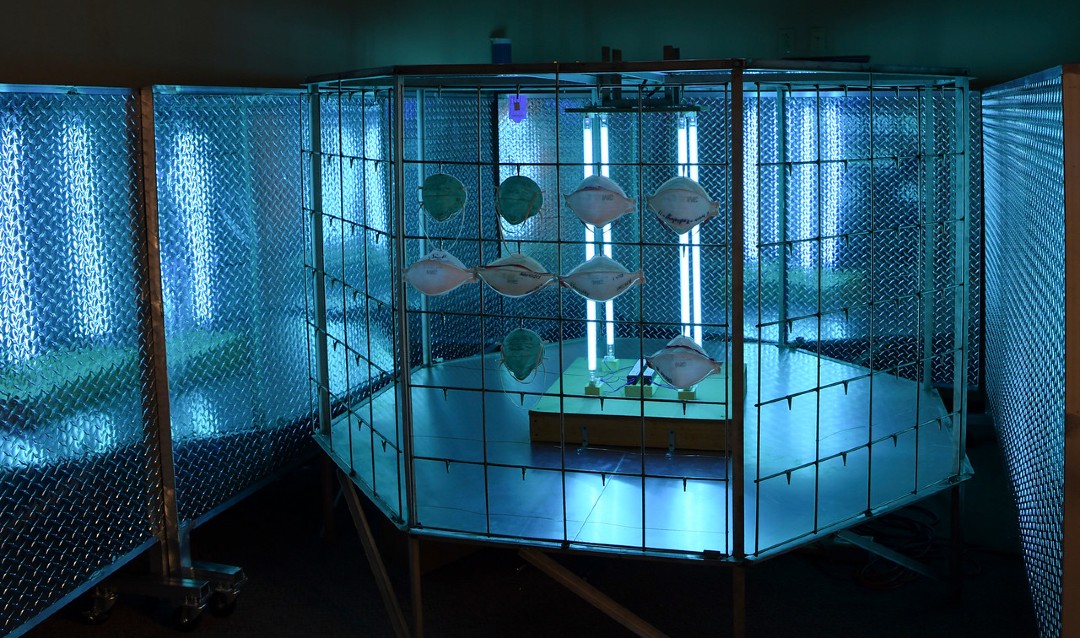 Right around the time in mid-March when Lehigh University moved to remote learning and researchers began to shut down on-campus labs, Nelson Tansu, the Daniel E. '39 and Patricia M. Smith Endowed Chair Professor in the department of electrical and computer engineering (ECE), received an email from Dr. Christopher Roscher, an anesthesiologist at St. Luke’s University Health Network.

Roscher knew that a shortage of N95 masks would place at even higher risk the doctors and nurses treating COVID-19 patients. As St. Luke’s worked to increase its supply of essential personal protective equipment (PPE), the hospital needed a safe and effective way to extend the use of its existing supply. Roscher had been conducting personal research about the use of UV light for decontamination and discovered peer-reviewed literature in medical journals which suggested that, in a pandemic situation, using UV light could be a reasonable alternative if more masks were not available. He asked Tansu, who is also the director of Lehigh’s Center for Photonics and Nanoelectronics (CPN) and a Fellow of the U.S. National Academy of Inventors (NAI), if he thought a Lehigh team could help. 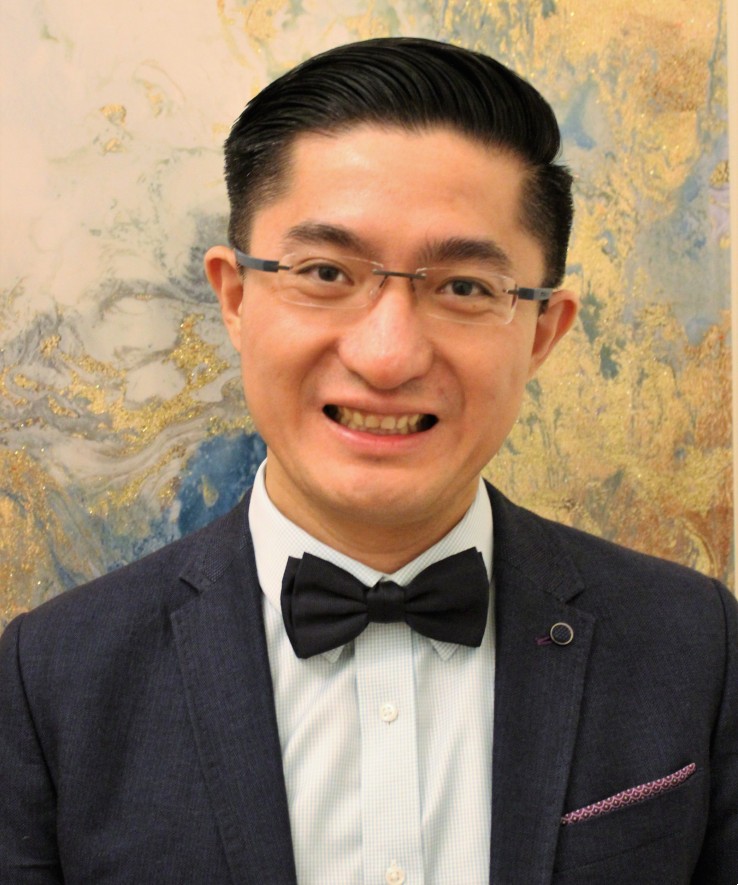 “St. Luke’s, like many other hospitals, is trying to conserve what we have,” says Roscher. “We approached this idea understanding that in an ideal world we would have a new mask for everybody who needed one, but the reality of the situation is that we need to conserve.”

Tansu’s response to that initial email was swift: Yes, he thought it could be done. That night, he and his colleagues discussed a potential plan with Roscher. The next day, he gathered an enthusiastic team of volunteers—staff members and students from the CPN and Lehigh’s department of electrical and computer engineering (ECE), all practicing social distancing in their own homes. 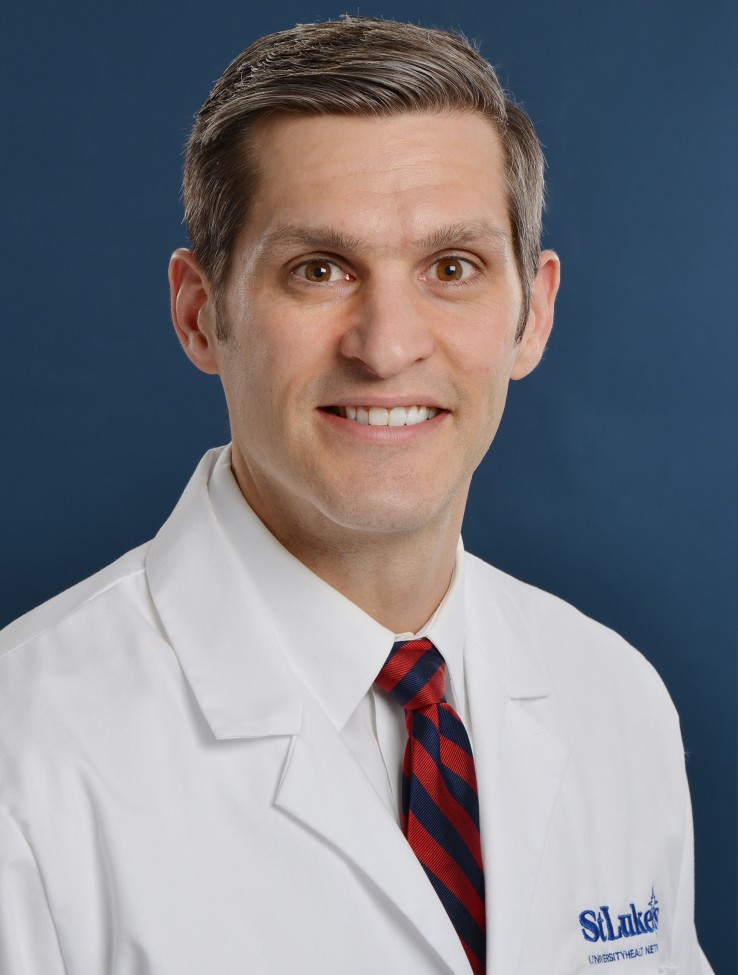 “If we are on board, then we can transform this idea into reality,” Tansu told them. “Together with the team of doctors, we have to figure out a solution that we can build in our garages.”

And that’s what they did. Through an innovative collaboration via Zoom meetings, phone calls, and hundreds of emails and text messages, Tansu, Roscher and their team designed, completed the engineering fabrication of, and installed the device in 2.5 weeks—without ever stepping foot on Lehigh’s campus or meeting face to face.

The high-throughput UV sterilization system, now in use at St. Luke’s, can decontaminate 200 N95 masks every eight minutes. The system, formally named the “High-Throughput Symmetrical and Non-Shadowing Ultraviolet Sterilization System,” but which the team at St. Luke’s has nicknamed the “Bug Zapper” due to its resemblance to the insect-killing device used by homeowners in buggy backyards, “zaps” the masks with UV-C light. This specific range of ultraviolet light can cause changes in the DNA and RNA of viruses and other pathogens, including the coronavirus, effectively deactivating them. The team has filed two patent applications associated with the new invention.

A ‘LEGO-Box’ Solution for the Shortage of Masks

The “Bug Zapper” has a large, octagonal metal frame with UV lights positioned at its center to achieve symmetrical UV-C irradiation on the N95 masks. Its targeted capacity is approximately 3,000 N95 masks per day (200 masks per exposure), but St. Luke’s can scale up to 10,000 masks per day if necessary. 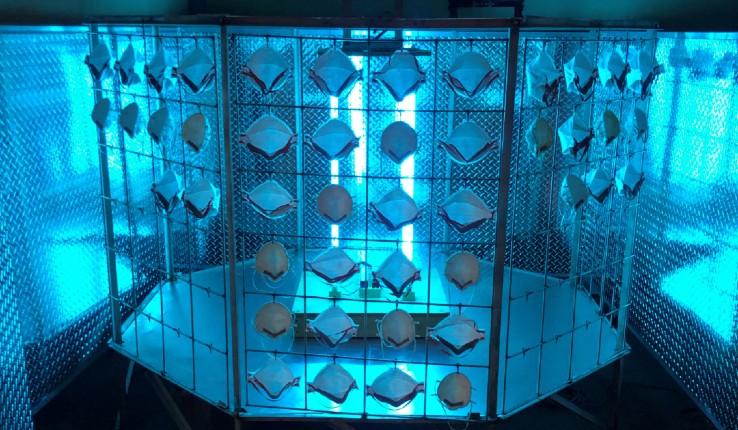 The goal, says Tansu, was to use enough UV-C light to damage viruses and bacteria but retain the integrity of the N95 mask, which can be degraded more significantly over time by steam or chemicals. Staff members at St. Luke’s monitor exposures with a device called a radiometer, which measures the amount of light irradiation to which the masks are exposed, and they take care to protect their own skin and eyes when sterilizing the masks.

The team’s initial design was cylindrical in shape to ensure even exposure, but that approach would require St. Luke’s staff to individually rotate each of the 200 masks 180 degrees halfway through the exposure to decontaminate each side, says Tansu.

Tansu’s 8-year-old son, Axel, joined the project with a critical contribution to the device’s high throughput rate. He suggested that the device should have an octagonal shape instead, to allow for St. Luke’s staff to easily flip the frame on each of the eight sides to rotate the masks, rather than rotating each mask individually.

“This had a dramatic impact,” says Tansu.

“Everybody just kept building on the idea,” says Anthony Jeffers, a research engineer in the CPN. “It was really cool. We were on the same level all the way through: No one was a doctor or a technician or anything. We were just there to try and solve the problem.”

In an effort to maintain social distancing guidelines and avoid putting anyone at risk, the team then divided the project into individual tasks to build the device modularly. After they determined the materials they would need, team members had the materials delivered to their homes, where they worked, often in garages, on their assigned components, completing them in under five days.

“The first staff member built a certain part and the second staff member built the second part,” explains Tansu. What followed, he jokes, might have looked to an outside observer like illegal activity: Each team member dropped a part off in a specified location at a particular time and remained in his or her car to watch over it from afar until the St. Luke’s representative picked it up.

“Then after that, they assembled it like a LEGO box,” says Tansu.

St. Luke’s biomedical engineer Jay Johnson worked with machinists to assemble the unit at the hospital. “[Jay was] a really critical component of the translational piece,” says Roscher. “Basically he was the director, if Nelson and I were the writers [of the project].”

Then they were off and running—in record time.

“I've been in this field for a long time as an engineer and scientist,” says Tansu. “Typically we take the time from designing it, optimizing it, analyzing further, putting together an experimental plan, creating it, testing it and using it. This is a very long period, typically, especially in academia. It can take months. But this is one of the shortest times that I have seen from idea to execution of the idea to installation and testing it and using it.”

Says Jeffers: “Everybody just had a small piece of it. And then it all kind of came together in the end there. Doing it all without physically being in contact with anybody—I don't know how often that's been done in anything, to end up with what we ended up with and no two people were ever together at any point. It’s pretty awesome.”

Every contributor to this project, says Tansu, played a key role in bringing about a successful end result. “From my perspective, if we did not have two or three of the contributors in the list, the project may be delayed significantly or may not be completed in time,” he says. “We are very fortunate to have such a committed team in completing this task in such a short time.”

In addition to Tansu and Jeffers, the key participants on the Lehigh team included Theodore L. Bowen, research engineer in the ECE department; Grant Reed, research engineer in the CPN; Renbo Song, scientific manager in the CPN; Ankhitha Manjunatha, Axel Y. Tansu and Adela Gozali Yose. Dr. Eric Tesoriero, also an anesthesiologist, joined Roscher and Johnson at St. Luke’s. Alex Schiffman ’21, a student in Lehigh’s Integrated Business and Engineering (IBE) Honors Program and a relative of a St. Luke’s cardiologist, and Svetlana Tatic-Lucic, professor of electrical and computer engineering and bioengineering, played a role in connecting Roscher and Tansu. Faculty members in the CPN, including Jonathan J. Wierer, Jr., associate professor of electrical and computer engineering; Volkmar Dierolf, professor and chair of physics; and Sushil Kumar, associate professor of electrical and computer engineering; and Ivan Biaggio, professor of physics, also contributed to the initial discussion of this project.

“We are very thankful for the opportunity to help to design and build the high-throughput N95 mask sterilization system in response to the COVID-19 crisis,” says Tansu. “At the end of the day, medical professionals are the ones who are taking the high responsibility in responding to this coronavirus pandemic issue. They are at very high risk on the job, and I'm glad that our team is able to at least help a little bit in assuring them that their masks are sterilized.”