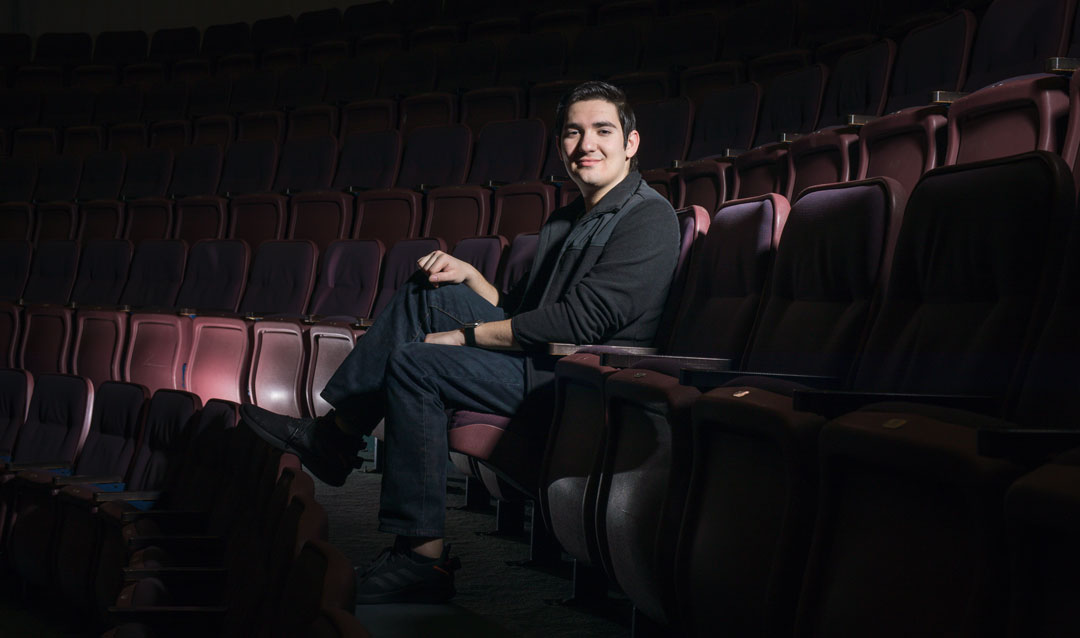 Travis Martinez ’21 is honored for his scenic design work for the Lehigh production of ‘Smart People.’

Travis Martinez ’21 won second place in scenic design at the Southeastern Theatre Conference (SETC) 71st annual meeting in Louisville, Kentucky. Martinez won for his set design of the play Smart People by Lydia Diamond, which Lehigh students performed at the Diamond Theatre in the Zoellner Arts Center in September and November of 2019.

“The recognition felt great, and it let me know that my hard work paid off,” Martinez said. “The award reminded me of how much time and effort I put into my work at Lehigh and how it is all worth it.”

SETC is a nonprofit organization that provides a robust network, scholarship opportunities, publications, and events dedicated to theatre. The annual convention features workshops, performances, networking opportunities and competitions to award talented college students for their accomplishments.

Kashi Johnson, chair of the Department of Theatre and director and producer of Smart People, emphasized the significance of Martinez’s achievement.

“Travis has been studying scenic design with Professor Melopemene Katakalos for a number of years now, and it is truly wonderful to see the culmination of their mentoring relationship manifest in this prestigious national recognition,” Johnson said. “The department is very proud of Travis and this impressive accomplishment.” 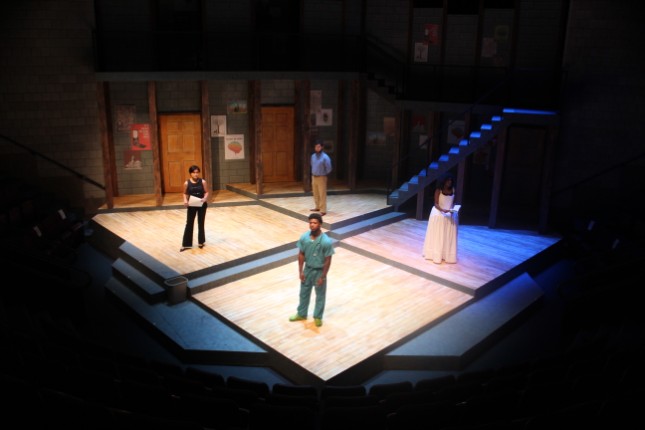 Martinez wins award for his set design of the Lehigh production of 'Smart People' by Lydia Diamond. Photo: Don'Terrius Walker

Martinez is an IDEAS major in theatre and mechanical engineering. He has been involved in theatre for years, but only discovered his love for design after coming to Lehigh.

“I've been involved in theater since my first year of high school,” Martinez said. “I was the stage manager. I came to Lehigh planning to do stage management. But then I got to see how the design process works and all these paintings and models you get to make and the whole creative side of making a play. I was really intrigued by it.”

From that point on, Martinez has been focusing his work on scenic design. 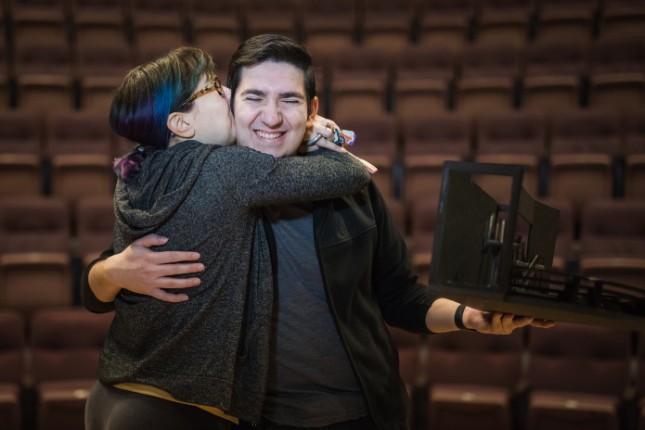 Scenic design entails a long process and a copious amount of effort. First, the director and all of the designers will discuss the feeling, visual style, and the message they would like to convey to the audience. Martinez, the set designer, will then conceptualize the set, creating sketches, scale models, or paintings of those ideas. The fabrication of a miniature model of the entire set will follow, and then draftings will be submitted to a technical director who will decide how to build it.

The entire process for Smart People began about six months before the play opened, Martinez said.

At the convention, Martinez had the opportunity to meet Broadway designer Anna Louizos. Patel Conservatory, a performing arts group in Florida, gave Martinez a call back for the Ready to Design Awards, which is rare for an undergraduate student. Though he did not win, he discussed potentially designing sets for one or two of their shows.

In May, Martinez also received a 2020 Williams Prize for Theatre for both his scenic design of Smart People, as well as his work as assistant lighting designer on The Broken Machine. Established in 1908 by Edward H. Williams, professor of geology and mechanical engineering at Lehigh, the Williams prizes recognize outstanding work in writing and the interpretation of the written word through performance and design.

Martinez had planned to travel to Walt Disney World in the summer, where he was accepted into a highly competitive internship. However, the opportunity has been cancelled as a result of nationwide shutdowns to fight COVID-19. He would have learned how Disney stages its shows in its theme parks.

“Although I am heartbroken about not being able to work on the world-class shows at Disney this summer, I understand the necessary actions they are taking for the safety of all their employees and guests,” Martinez said. “They are currently working out ways to invite interns back for other opportunities, and I am hopeful that some day in the future I will be creating magic with Disney.”

While he is undecided about where exactly his studies will take him, he plans to continue with design in his professional life.

“I’m not sure if I'm going to go right into theater and design just for plays, which was one of my plans,” Martinez said. He’s learned that Disney tries to invite all its interns back for jobs. “So one plan would be to go back after I graduate to the Walt Disney Company,” he said, “and hopefully design for them, which would be really cool.”