On July 1, 2021, Lehigh appointed eight new members to Lehigh University’s Board of Trustees and honored the service of six outgoing trustees.

Jeffrey Bosland ’88 ’22P was also reappointed to serve an additional three-year term as an appointed trustee.

The Board expressed appreciation to the outgoing trustees for their dedication and to Bosland for his continued service, and also thanked the new trustees for their commitment. Chair of the Board of Trustees, Kevin Clayton ’84 ’13P, personally welcomed the new members to the Board and shared his excitement for the years ahead.

“On behalf of the Board, I want to thank our trustees for their work on behalf of our students, faculty, staff, and community,” Clayton said. “Your exemplary dedication has helped to shape our university for the better. To our new trustees, I have the great pleasure of welcoming you—and for many, welcoming you back home—to Lehigh. I am looking forward to working with you, alongside our new president, Joseph Helble ’82, as we embark on an exciting next chapter for Lehigh. I am confident that the innovations and achievements that have contributed to Lehigh’s respected reputation and great strengths as a university will continue to be further enhanced under your tenure.” 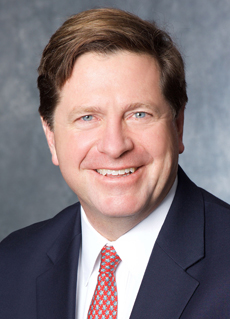 Appointed trustee Jay Clayton, of New York, NY, is a Senior Policy Advisor and Of Counsel at Sullivan & Cromwell LLP, advising on corporate governance, capital markets and financial regulatory matters. He also is the Non-Executive Chair and Lead Independent Director of Apollo Global Management, an adjunct professor at the Wharton School and Carey Law School at the University of Pennsylvania, and has advisory roles with several privately held companies and nonprofit organizations. He served as the Chairman of the U.S. Securities and Exchange Commission from May 2017 to December 2020.

Prior to Mr. Clayton’s time at the SEC, he was a member of Sullivan & Cromwell’s management committee, co-managing partner of its General Practice Group and co-head of its Cybersecurity Group. He was a lead lawyer in an array of complex M&A and capital markets transactions, as well as regulatory and governance matters, in the financial, telecoms, energy, transportation and e-commerce sectors. Mr. Clayton also advised a number of individuals and families in connection with their public and private investments and succession planning matters. 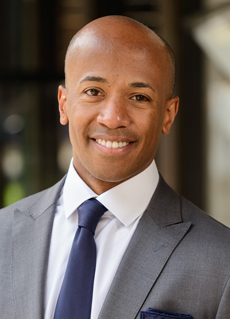 Appointed trustee Eric Clement ’99, of Long Island City, NY, is SVP & Fund Manager, overseeing the social impact and sustainability portfolios at RXR.  In this capacity, he is responsible for setting the strategic vision and investment strategy for the organization, with the goal of generating attractive returns while delivering on tangible social outcomes.

Prior to RXR, Eric led the Strategic Investments Group at the New York City Economic Development Corporation (NYCEDC), where he directed three affiliated entities that oversee the negotiation of tax incentives, taxable/tax-exempt debt issuance, New Markets Tax Credit investments, in addition to a portfolio of debt & equity funds in excess of $500 million on behalf of the City of New York. These efforts helped drive inclusive economic development by unlocking access to finance, mobilizing private capital, and supporting the growth of strategic sectors.

Eric received his Master of Business Administration degree from the University of Oxford with specializations in finance and strategy and his undergraduate degree in history from Lehigh University, and is currently serving his second term on the Dean’s Advisory Council to the College of Arts and Sciences at Lehigh. 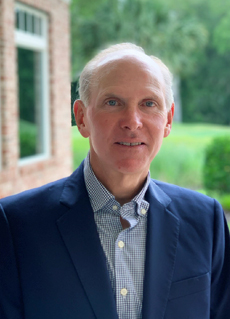 Appointed trustee Drew Freed ’83 ’17P, of Bluffton, SC, served as President and Chief Executive Officer of Micro-Coax, a Carlisle Interconnect Technologies Company. Micro-Coax, based in Pottstown, PA, is a manufacturer of RF microwave transmission cables and connectors used in satellite and aerospace applications. Freed was appointed CEO in 2015 after serving on the Board of Directors since 2003. He also served as Chairman and CEO of UTI Corporation, which operated 13 manufacturing facilities throughout North America and Europe. Drew is an Emeritus Trustee of Ursinus College, a past member of the Board of Trustees at the International House of Philadelphia, and a past member of the Thomas Jefferson University Hospital Board of Trustees. He was a member of the Engineering Advisory Council at Lehigh University and is the sponsor of the David and Lorraine Freed Research Symposium. He is also a past Chapter Chair of the Philadelphia chapter of the Young President’s Organization. He was a member of the Board of Directors of Benjamin Obdyke, a manufacturer of building products, located in Jenkintown, PA. He received his Bachelor of Science degree in metallurgy and materials engineering from Lehigh University in 1983 and holds a master’s degree in industrial administration from Carnegie Mellon University. 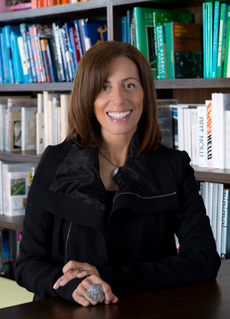 Appointed trustee Ann Lewnes ’83 ’22P, of Palo Alto, CA, is Chief Marketing Officer and Executive Vice President, Corporate Strategy & Development of Adobe, one of the largest and most diversified software companies in the world. Ann has held the position of Adobe CMO for more than a decade. Under her leadership, the Adobe brand has become synonymous with creativity, digital marketing and the design and development of transformative digital experiences. In addition to its consistent focus on creativity, Adobe’s marketing organization pioneered the company’s shift to digital—deploying advanced digital marketing technology, establishing an insight-driven culture, and setting a template for marketing’s impact on business. As EVP of Corporate Strategy & Development, Ann also leads Adobe’s corporate strategy and strategic M&A efforts globally. Prior to Adobe, Ann spent 20 years building the iconic Intel Inside brand as VP of Marketing. Ann has been named one of the world’s most influential CMOs by Forbes and one of the most innovative CMOs by Business Insider. The American Advertising Foundation elected her into its Hall of Achievement. In 2019, Ann was inducted into the American Marketing Association’s Hall of Fame. In 2020, she received the New York Women in Communications Matrix Award. Ann received her Bachelor of Arts degree in political science and journalism from Lehigh University. She currently serves on the boards of Mattel and Sundance Institute. Believing everyone has a story to tell, Ann is a strong advocate for empowering diverse creators, including women, youth and other under-represented groups. 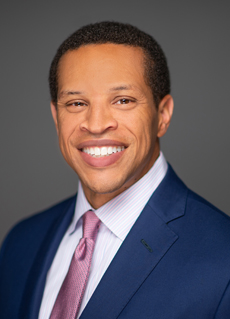 Appointed trustee Christopher Scott ’94, of Manhasset, NY, is a Managing Director in Morgan Stanley’s Fixed Income Division, where he is responsible for residential mortgage trading, warehouse lending & financing, and securitization & underwriting as Head of the US Residential Mortgage Business. Before joining Morgan Stanley, Chris worked for Ally Financial Inc. for 11 years, where he was an Investment Management Executive responsible for Ally Bank’s investment and mortgage portfolios. Prior to that, Chris spent 14 years at Bear Stearns & Co. Inc., where he was a Senior Managing Director in the Mortgage Trading Department. Chris is past Chair of the College of Business Dean’s Advisory Council and a current member of the Council. He also served as a member of the Lehigh Leadership Council from 2003 to 2008. He has a Bachelor of Science degree in finance from Lehigh. 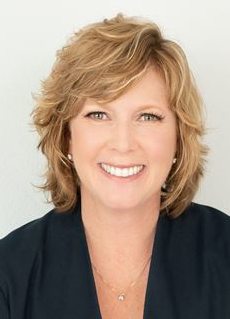 Appointed trustee Sandra Stelling ’91, of Seattle, WA, is the Vice President of Strategy, Analytics and Transformation at Alaska Airlines. A Pacific Northwest aviation leader, she uses her experience in commercial and airline operations, technology and culture to develop guest experience and operations strategies.

Sandy joined Alaska in 1999 as a project manager and in her 21 years has held various leadership positions in Technology, Airport Operations & Customer Service, Maintenance & Engineering and Marketing. In addition to these positions, she has also led several transformation programs that span from real estate development to operations to guest experience to aircraft transitions and beyond. When Alaska acquired Virgin America in 2016, Sandy led the integration program, which delivered a single guest experience across Alaska’s flight schedules, website, mobile apps, kiosks, airports and call centers.

She is a graduate of Lehigh University with a Bachelor of Science degree in mechanical engineering. In 2018, Sandy completed the McKinsey Executive Leadership Program. She is the Woodland Park Zoo’s Chair of its Board of Directors. She also serves on the Education Committee for the Boeing Academy of STEM learning at the Museum of Flight. 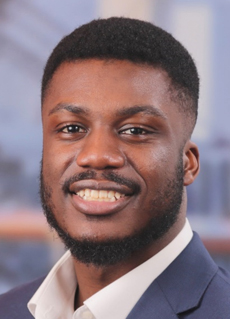 Alumni trustee Frederick “Freddy” Coleman ’17 ’19G, of Jersey City, NJ, is a technology consultant in financial services at EY and the founder and Managing-Director of GhanaMade, a cultural digital media company with a footprint in New York, London, and Accra. His work contributions in professional services have made impacts of +$20 million in sales with national financial institutions. Coleman also serves on the professional executive board of the National Society of Black Engineers. He is a member of the CPA society of Pennsylvania and New Jersey, NABA, and the NBMBAA. His sustainability work includes promoting and supporting black higher education, with a focus on the African community in the US and students from his ancestral country of Ghana. He graduated with a Bachelor of Science in business information systems and a Master of Engineering in technical entrepreneurship with honors from Lehigh University. He later obtained a Master of Business Administration from the Quantic School of Business and Technology. Coleman has served Lehigh as a board director for the Alumni Association, a member of the Young Alumni Council, a leadership member of the BALANCE alumni affinity group, and a volunteer for the Alumni Admissions Outreach program. As an undergraduate, he was the President of the Class of 2017, Assistant Treasurer of the Student Senate, Chapter Senator for the National Society of Black Engineers, Council Elder for the African Student Association, and a Carl Greer Scholar. 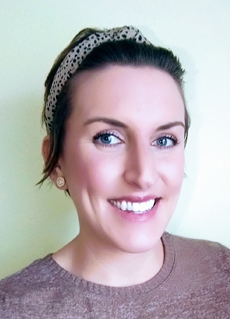 Alumni trustee Julie Smiga ’11, of Neptune, NJ, is a Program Manager at Naval Air Warfare Center Aircraft Division, Lakehurst, NJ, leading an integrated team across various functional areas and managing cost, schedule, and performance for several aircraft carrier Visual Landing Aid (VLA) programs. These programs encompass cradle-to-grave lifecycle management of the primary and backup optical and visual systems that guide fixed wing pilots to land safely on carrier flight decks, as well as their landbased training systems located at naval and Marine Corps air stations throughout the world. Previously, she was a Systems Engineer supporting air/ship integration efforts for an unmanned air system and L-Class ship design. Julie holds a Bachelor of Science in integrated business and engineering and a Bachelor of Science in mechanical engineering with an aerospace engineering minor from Lehigh, as well as a Master of Engineering in systems engineering from Stevens Institute of Technology with a graduate certificate in space systems engineering. Julie is a former president of Lehigh’s Young Alumni Council and volunteers with hospice patients in her free time. 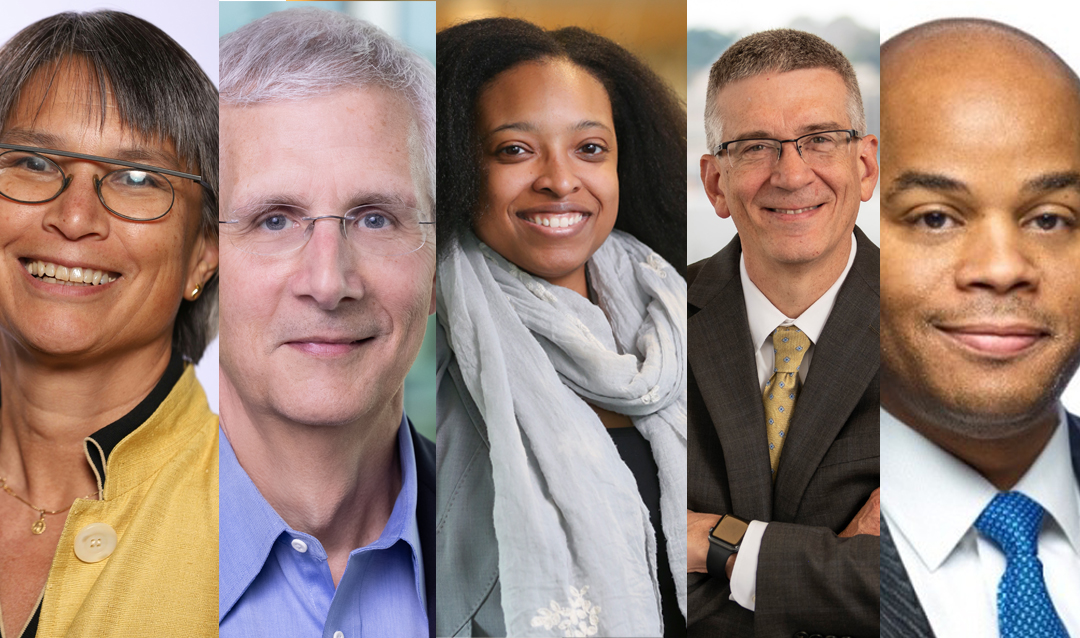