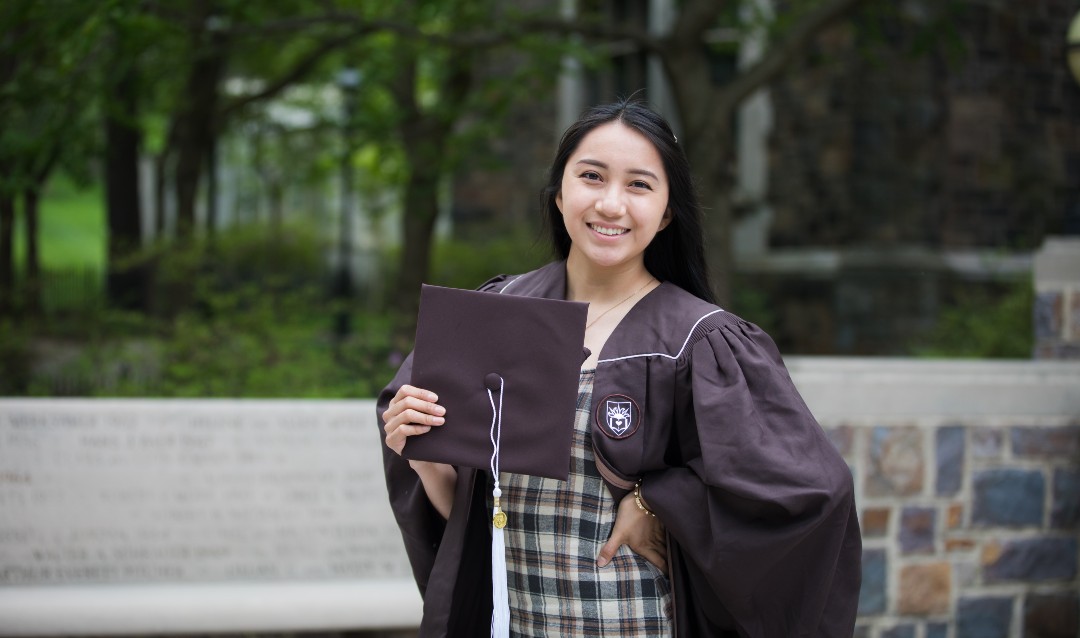 Lehigh Commencement: ‘I Didn’t Think I Would Ever Get This Far’

Nikayla (Nikki) Begaye '20 '21G, a Native American and first-generation student, to graduate from Lehigh with a master’s degree in elementary education. She also received her bachelor's degree as a member of the Class of 2020.

Nikayla (Nikki) Begaye grew up on the Navajo reservation in Chinle, Arizona. As a child, she says, she lived in multigenerational homes without running water or furniture and attended schools with limited academic resources.

Although her family and community could not provide financial support for college, Begaye says her mother encouraged her from a young age to seek higher education, a pursuit she embraced.

Now Begaye will graduate from Lehigh with a master’s degree in elementary education. She also received her bachelor’s degree in sociology and a minor in Chinese as a member of the Class of 2020. Begaye plans to be at Lehigh’s in-person commencement ceremonies May 21-24 for the Class of 2021 and the Class of 2020. She says her mother, uncles and young brother are coming to campus to help her celebrate, making it her family’s first time at Lehigh.

“I’m most proud of all of my accomplishments, even just getting this far because I didn’t think I would ever get this far with my master’s degree,” says Begaye, who is the first person in her family to graduate from college. “My master’s degree is my biggest achievement for me right now, but I don’t think it will be my only achievement because I still want to strive for more.”

Sean Daley, Lehigh’s director of the Institute for Indigenous Studies, says Begaye’s achievement is significant. According to the Postsecondary National Policy Institute, only 1% of the undergraduate population in the United States and less than 1% of the graduate population are Native Americans.

Although the Navajo culture promotes higher education, Daley says, the tribe still falls short of non-Native college completion rates due to a variety of challenges, such as balancing Native culture and Western education.

“What Nikki did is a big deal,” Daley says. “Not only did she pursue higher education, but she went across the country. That’s not something that you often find. A lot of Natives do get educated, but because of family issues and other personal issues in their lives, they don’t go too far. They stay in-state or maybe go to [college in] the state next to it.”

Begaye says, “I’m from an area where I have to financially support myself because my family couldn’t do that for me. I had that mindset the whole time I was growing up because my mom would always tell us that she wanted us to get a higher education, but that we would need scholarships to pursue our dreams.”

In high school, Begaye’s AP English teacher provided her with a pile of college information materials about universities, one of which was Lehigh. Although she applied to several colleges and universities in Arizona and other states, Begaye says she eventually selected Lehigh due to its comprehensive financial aid package.

During her first year, Begaye says she experienced several “culture shocks” due to the stark contrasts between life in Bethlehem and growing up on the reservation. Arizona has a dry heat, compared to the humidity on the East Coast. Begaye says Lehigh’s close-knit campus community was a clear departure from her reservation, where her nearest neighbor was at least a quarter of a mile away. Also, she was unaccustomed to the noise level in a city such as Bethlehem.

While testing the unfamiliar social waters, Begaye says she found what she refers to as her “family at Lehigh” through campus organizations and extracurricular opportunities. In addition to joining the campus South East Asia in Lehigh (SEAL) club, Begaye also became a member of the Akile and JM entertainment dance teams and studied abroad in Shanghai as part of the summer 2019 Iacocca program. She describes those activities as her favorite parts of her college experience.

She says one of the most influential experiences during her time at Lehigh was her work with the Community Service Office (CSO). Through the CSO, Begaye says she was able to tutor young students in South Bethlehem schools, which, when combined with knowledge of her time on the reservation, prompted her to change her field of study from pre-medicine to sociology and, later, education.

“I was able to do tutoring and after-school homework help, and that was my main influence on how I became an education major,” Begaye says. “Working with the kids really hit hard with me because I thought a lot about how the children in my community are struggling, just like the students I see here. I really wanted to make a change, so that’s why I started teaching.”

After deciding to switch her major, Begaye says she also changed her academic career path from a four-year bachelor’s program to a five-year accelerated master’s program. After graduation, Begaye plans to move to Philadelphia, where she will be teaching elementary school children in a local school district. While she will be leaving the reservation for a few years, she says she plans to share her knowledge with her tribe and assist reservation teachers by creating training programs or helping to improve the education system.

3 p.m. ET at Goodman Stadium
Graduate Commencement and Doctoral Hooding Ceremony for the Classes of 2020 and 2021
Recognizing master’s and doctoral candidates from both classes

2 p.m. ET at Goodman Stadium
Class of 2021 Undergraduate Commencement Ceremony — Session 2
For undergraduates from the P.C. Rossin College of Engineering and Applied Science and Interdisciplinary Programs

Note: All ceremonies will be streamed live for those unable to attend in person. Visit the Commencement website for more detailed event information. 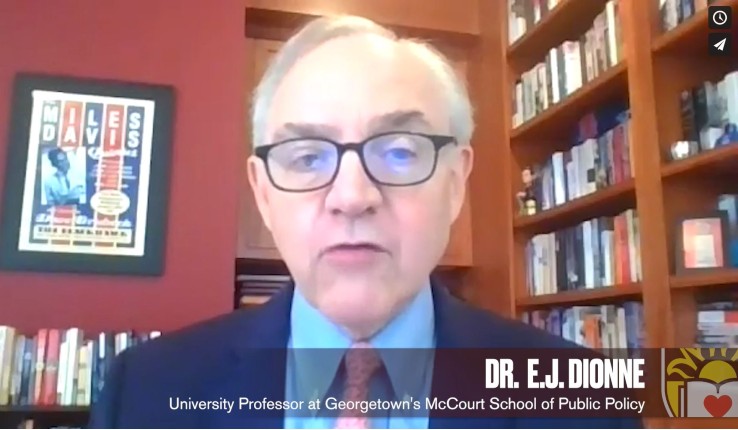 Dionne is a Washington Post columnist, senior fellow at The Brookings Institution and professor in the foundations of democracy and culture at Georgetown University. 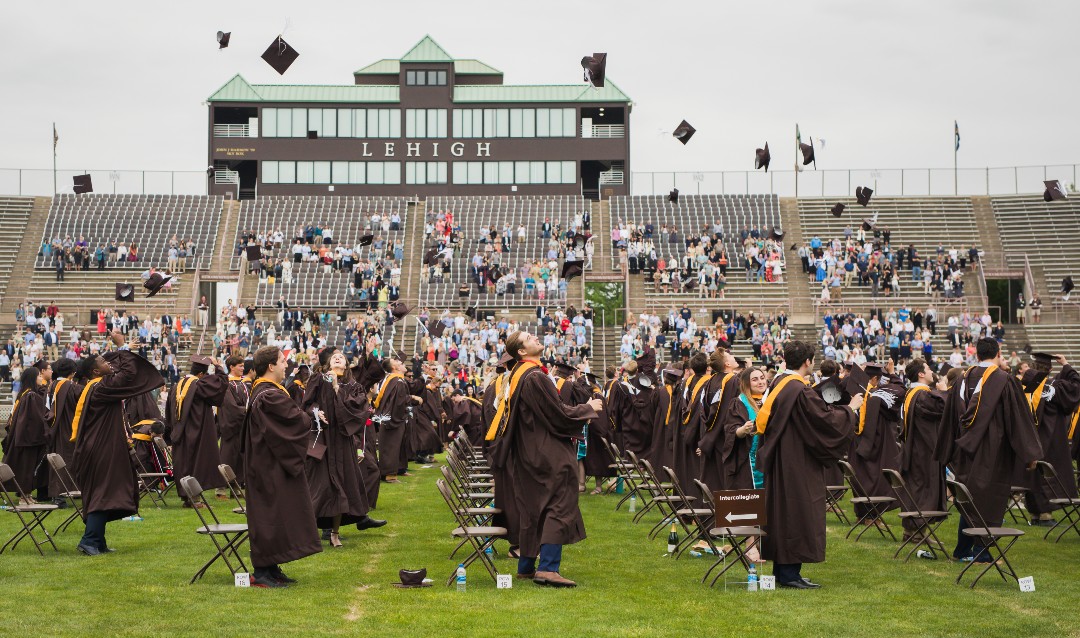 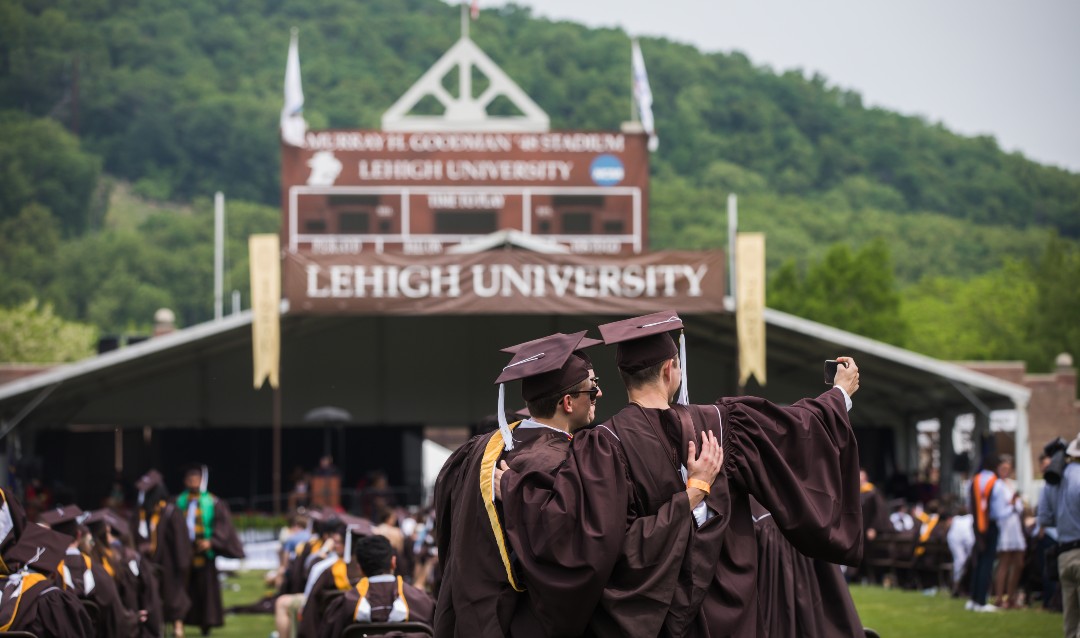