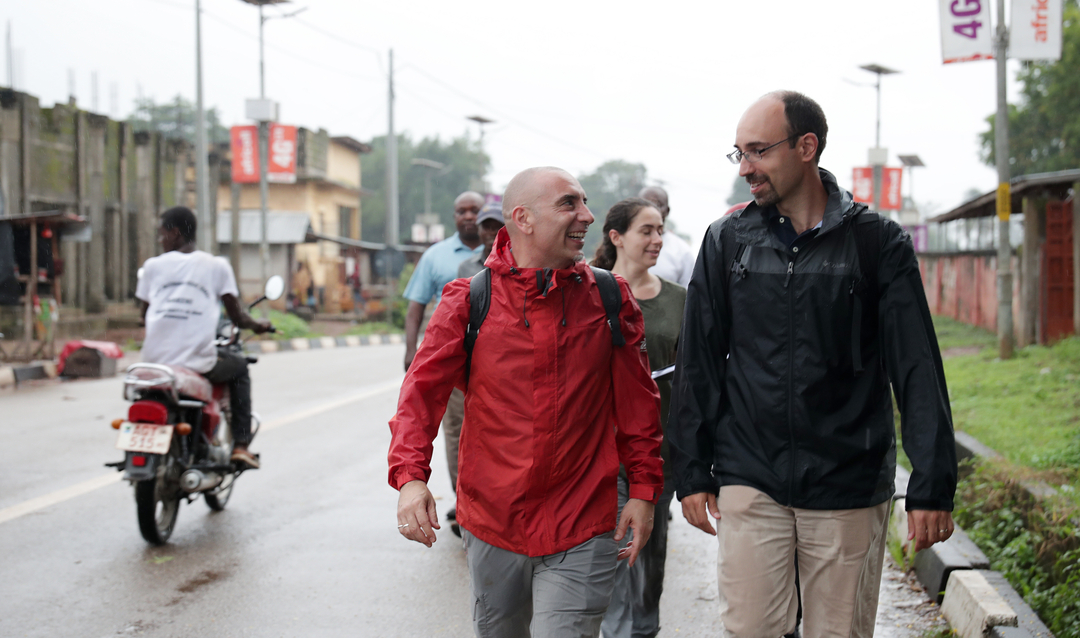 To collect data for their study, Paolo Bocchini and Javier Buceta traveled to Sierra Leone with a delegation of undergraduate students from Lehigh with support from the National Institutes of Health, Lehigh’s Office of Creative Inquiry and in collaboration with nonprofit World Hope International.

Several years ago, a team of scientists at Lehigh University developed a predictive model to accurately forecast Ebola outbreaks based on climate-driven bat migration. Ebola is a serious and sometimes-deadly infectious disease that is zoonotic, or enters a human population via interaction with animals. It is widely believed that the source of the 2014 Ebola outbreak in West Africa, which killed more than 11,000 people, was human interaction with bats.

Now members of the team have examined how social and economic factors, such as level of education and general knowledge of Ebola, might contribute to “high-risk behaviors” that may bring individuals into contact with potentially infected animals. A focus on geographical locations with high concentrations of individuals at high-risk could help public health officials better target prevention and education resources.

“We created a survey that combined the collection of social, demographic and economic data with questions related to general knowledge of Ebola transmission and potentially high-risk behaviors,” says Paolo Bocchini, professor of civil and environmental engineering at Lehigh and one of the study’s leaders. “Our results show that it is indeed possible to calibrate a model to predict, with a reasonable level of accuracy, the propensity of an individual to engage in high-risk behaviors.”

For example, the team’s data and analyses suggested Kailahun, a town in Eastern Sierra Leone, and Kambia in the northern part of the country, as the rural districts in the country with the highest likelihood of infection spillover, based on individual risk factors accurately identifying the location, Kailahun, where the 2014 Ebola epidemic is believed to have originated.

The results are detailed in a paper, “Estimation of Ebola’s spillover infection exposure in Sierra Leone based on sociodemographic and economic factors,” published in PLOS ONE. Additional authors include: Lehigh University graduate student Sena Mursel, undergraduates Nathaniel Alter, Lindsay Slavit and Anna Smith; and Javier Buceta, a faculty member at the Institute for Integrative Systems Biology in Valencia, Spain.

“We confirmed a relationship between social, economic and demographic factors and the propensity for individuals to engage in behaviors that expose them to Ebola spillover,” says Bocchini. “We also calibrated a preliminary model that quantifies this relationship.”

The authors say these results point to the need for a holistic approach for any model seeking to accurately predict disease outbreaks. Their findings may also be useful for population health officials, who may be able to use such models to better focus scarce resources.

“One has to look at the big picture,” says Bocchini. “We collected satellite images that showed the evolution of enviro-climatic data and combined them with ecological models and random field models to capture the spatial and temporal fluctuations of natural resources and the resulting continent-wide migrations of infected animal carriers. We also studied the human population’s social, economic, demographic and behavioral characteristics, integrating everything to obtain our predictions.”

“Only this broad perspective and interdisciplinary approach can truly capture these dynamics, and with this line of research we are proving that it works,” adds Bocchini.

“In the end, the conclusions of our study are not that surprising: greater economic means, more education, and access to information are key factors to reduce health-related high-risk behaviors” said Buceta. “Indeed, some of these factors have been related with what is known as the ‘health poverty trap.’ Our study and methodology show how quantitative analyses concerning individual, rather than aggregated, data can be used to identify these factors.”

To collect data for their study, Bocchini and Buceta traveled to Sierra Leone with a delegation of undergraduate students from Lehigh with support from the National Institutes of Health, Lehigh’s Office of Creative Inquiry and in collaboration with nonprofit World Hope International. The assistance of two local translators was critical to the team’s success in administering their survey door-to-door. The students who worked on the project were part of Lehigh’s Global Social Impact Fellowship program which engages undergraduate and graduate students in work focused on addressing sustainable development challenges in low- and middle-income countries.

“This is precisely the kind of ambitious interdisciplinary project with tremendous potential for social impact that we want Lehigh students to engage with through the Global Social Impact Fellowship,” says Khanjan Mehta, Vice Provost for Creative Inquiry at Lehigh. “Students from various disciplines across Lehigh had the opportunity to contribute to this work under Dr. Bocchini and Dr. Buceta’s leadership.”

The team’s promising results are a strong argument for broader data collection and they are in conversations with Statistics Sierra Leone, the country’s census bureau, to perform a nationwide version of their study. 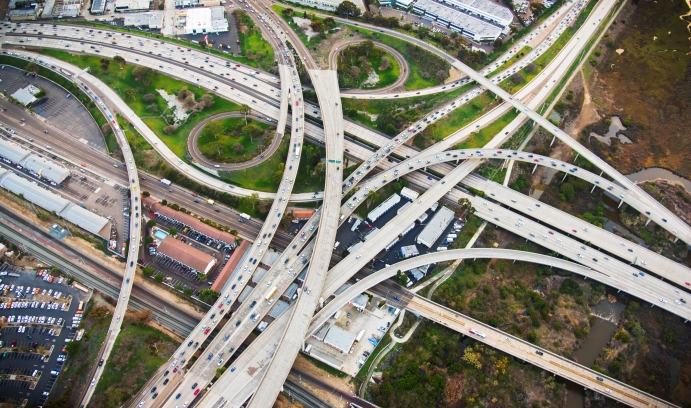 An algorithm proves its worth in a San Diego simulation. 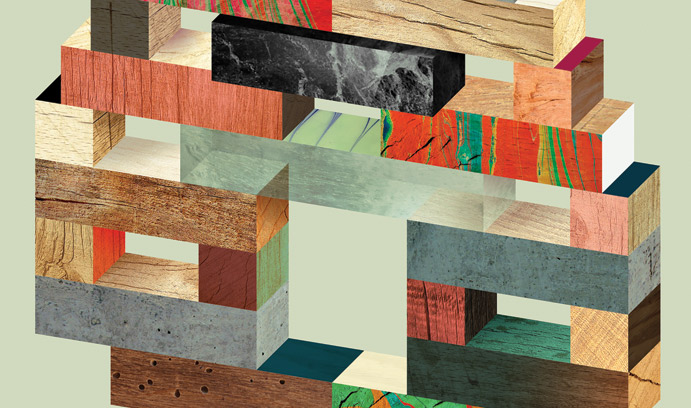