Imagining the Future of Interdisciplinary Studies at Lehigh

Faculty weighed in during a forum on how to integrate interdisciplinary work into Lehigh’s curricula. 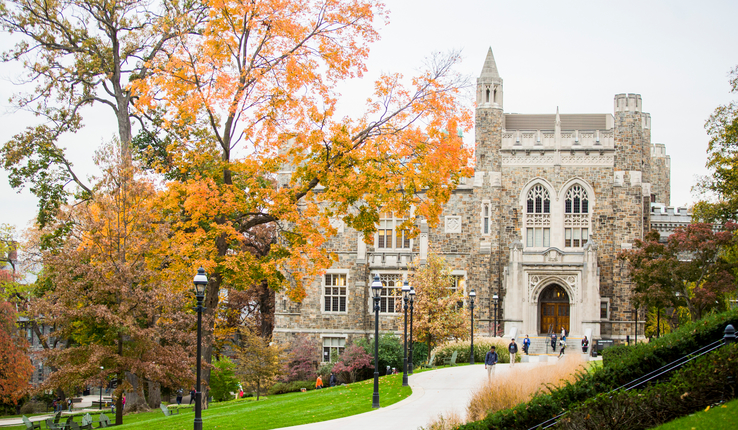 Faculty weighed in on how to integrate interdisciplinary work into Lehigh's curricula at a forum hosted the Office of the Provost and the Lehigh Humanities Lab.

In the future, what will interdisciplinary education at Lehigh look like?

It was a question faculty explored during a forum Thursday hosted by the Office of the Provost and Lehigh Humanities Lab.

The forum aimed to identify Lehigh’s strengths, as well as the hurdles to interdisciplinary work, said Michael Kramp, associate professor of English and director of the Lehigh Humanities Lab.

The question is especially relevant because in August the three-year Andrew W. Mellon Foundation grant that supports the lab comes to an end, Kramp said. University collaborators are in the process of determining how to continue the lab, which seeks to enrich teaching, research and co-curricular activities at Lehigh by bridging the gap between disciplines that might not traditionally intersect.

The forum was organized at the request of Provost Nathan Urban and is the beginning of a series of events planned around interdisciplinary studies, Kramp said.

“Interdisciplinary work is essential for confronting some of the most important problems we as academics and as researchers at universities need to address,” Urban said during the forum, which was held in a hybrid format with some people tuning in via Zoom and others attending in person at the E.W. Fairchild-Martindale Library.

“It is therefore really important to our relevance as a university that we are engaged in this kind of process of understanding how it is that we can cross various intellectual barriers in order to solve important problems…,” he said.

One of the most recent and significant real-world examples is the development and dissemination of multiple coronavirus vaccines, Urban said. It was an effort that required not only science, but also an understanding of the economics of rapid vaccine production and delivery.

Lehigh professors highlighted some of their interdisciplinary projects.

From an anthropological perspective, Whitehouse encouraged students to think about the role climate change plays in society. For example, climate change has caused a shortage of available groundwater in Botswana in Southern Africa.

One of the challenges of teaching the course was that both professors had to be present for each class and each of their perspectives had to be represented in some way, Whitehouse said.

It gave students the opportunity to see the interaction between physical and social scientists.

“Even though we divided the course in half, we tried to be there for each other and were involved in the planning of each other’s half [of the course],” Felzer said.

Lorenzo Servitje, associate professor of English and health, medicine and society, said it wasn’t until he arrived at Lehigh that he began to really think about interdisciplinary studies.

“I started to think about topics and how they’re reviewed in other disciplines and taking data from, say, academic medicine, epidemiology, oncology, medical history, sociology, and using that to corroborate or even evaluate what my hypothesis would be,” he said.

He began researching antibiotic resistance, a topic he read about recently in the news. Servitje sought out the help of Sharon Friedman, director of the science and environmental writing program, and Angela Brown, professor of chemical and biomolecular engineering.

Friedman is an expert in risk communication and journalism, and Brown is working on finding an alternative to antibiotics as bacteria develop a resistance to them, Servitje said.

The trio began working on an interdisciplinary course where Servitje would examine the history of antibiotics, Friedman would look at how antibiotics have been portrayed in the media and Brown would discuss a future potential alternative to their use.

“Antibiotics are a kind of solution that became a problem. I was looking and thinking more about social, cultural, political, economic and ideological structures and how they might have caused this or catalyzed it, and how they could potentially mitigate it,” Servitje said. “And in that, I kind of discounted potential innovative solutions…because I was still stuck in this frame of thinking.”

The forum included three pairs of speakers, each highlighting the value of interdisciplinary work for impactful research, innovative collaborations and the future of higher education. The other speakers included the directors of the Institute for Data, Intelligent Systems and Computation: Professor of Industrial and Systems Engineering Larry Snyder; Psychology Professor Kate Arrington and Professor of Computer Science and Engineering Brian Davidson.

After the speakers, other faculty shared suggestions on how to improve interdisciplinary studies at Lehigh.

Whitehouse noted that when he and Felzer started their interdisciplinary class, they were only able to register it as either a science class or an anthropology class, but not both.

“It didn’t change the content or assignments, but it put us in this context of realizing we are teaching this within a certain infrastructure or framework that is already defined for us and limited,” he said.

Others suggested providing more time or even physical spaces around campus for faculty to be able to collaborate, and highlighting how interdisciplinary research translates to job placement and leadership roles in students’ chosen fields. They also suggested expanding interdisciplinary opportunities for graduate students.

In 2019, the Andrew W. Mellon Foundation awarded Lehigh a three-year grant to support the integration of humanities, teaching and scholarship across all disciplines through research, curriculum development and undergraduate student experiences. As a result, the university-wide experimental interdisciplinary initiative called the Lehigh Humanities Lab was started.

“The biggest impact for me is that we have seen professors and colleagues say we can’t continue the traditional way of teaching,” Kramp said.

For example, industry leaders don’t just want engineers to be able to develop algorithms, they want them to have a broader way of thinking, to be able to work in a community and address ethical issues, he said.

In April, the lab plans to host a series of events to conclude its three-year project.

They will also host Cathy N. Davidson, a Distinguished Professor of English from CUNY (City University of New York). She is the founding director of the Futures Initiative, a program dedicated to advancing equity and innovation in higher education. She is also the R.F. DeVarney Professor Emerita of Interdisciplinary Studies at Duke University.

The lab started under former President John D. Simon and is expected to continue with renewed energy under new President Joseph J. Helble, who often talks about the importance of a broad education as a way for students to better understand the complexity of the world and to better prepare for life after college. 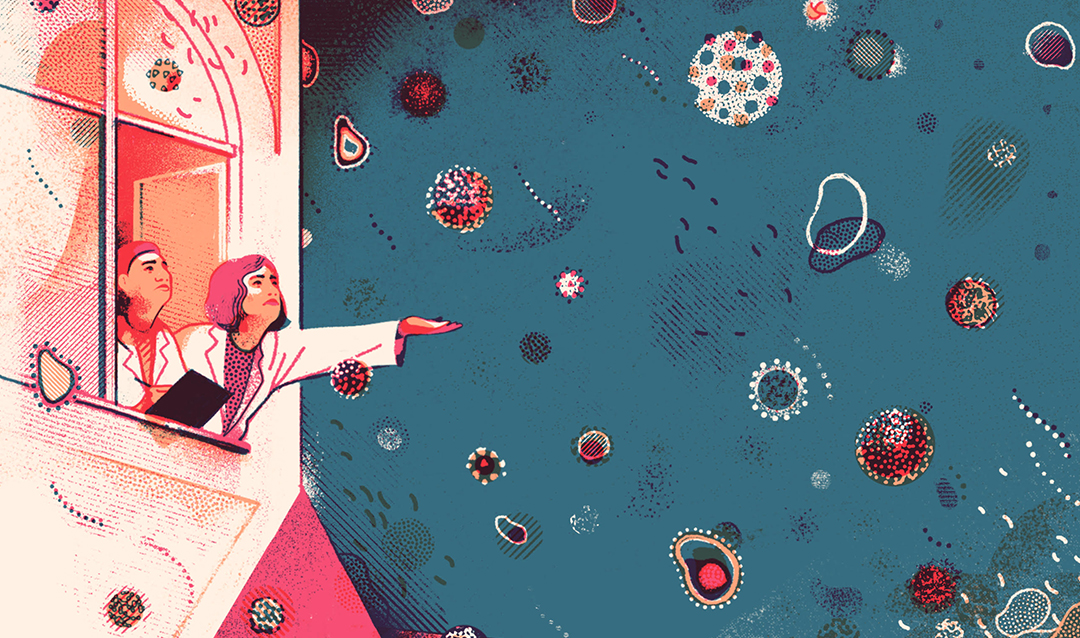 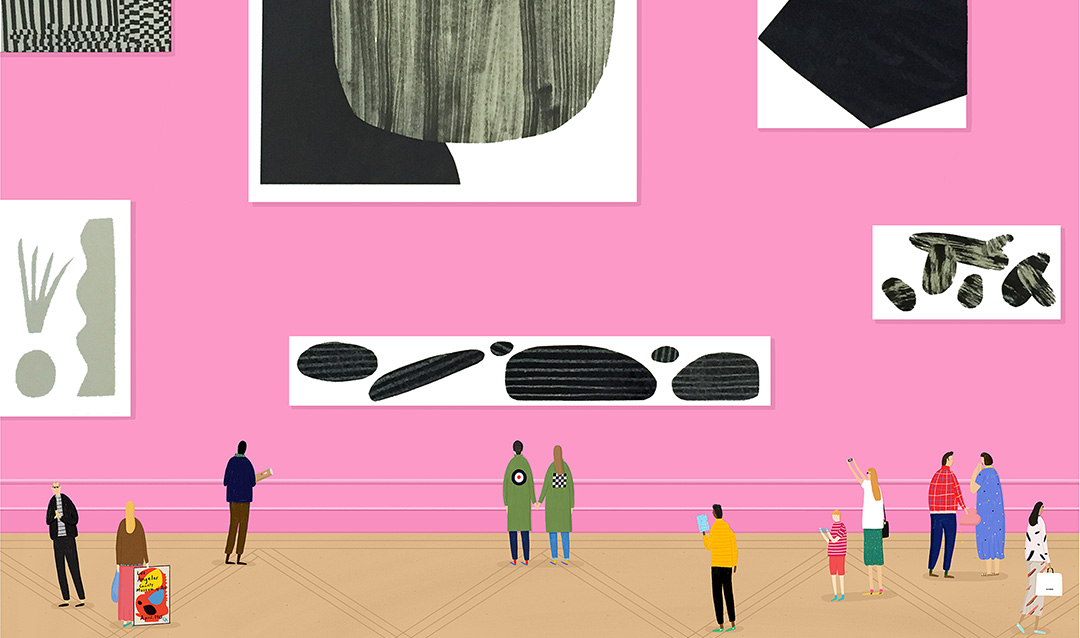 Bound Together by Humanity

The Lehigh Humanities Lab fosters discourse and expands horizons for faculty and students across disciplines.