How Do Cells Acquire Their Shapes? A New Mechanism Identified

A multi-disciplinary team of scientists at Lehigh University and the University of Lausanne discover and characterize a new mechanism by which the fission yeast cell acquires its tubular shape. 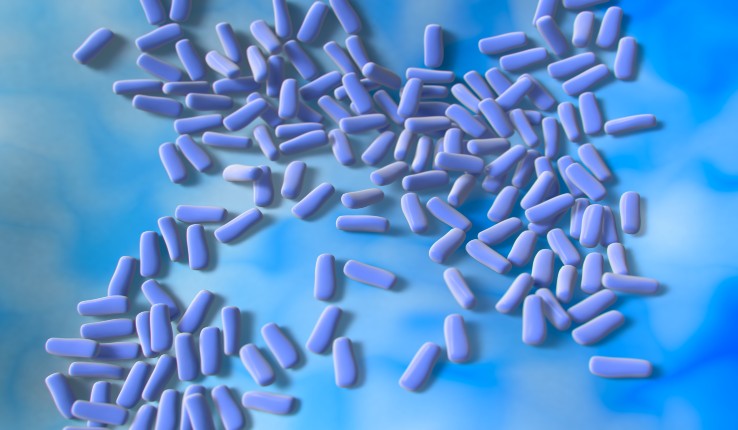 Working with light to activate processes within genetically modified fission yeast cells is among the research performed by the experimental biologists in the Martin Lab at the University of Lausanne, led by faculty member Sophie Martin. Team members there were conducting such experiments when they noticed that a certain protein, when introduced into the cell, would become displaced from the cell growth region. So, they reached out to Dimitrios Vavylonis, who leads the Vavylonis Group in the Department of Physics at Lehigh University, to find out why.

“We proceeded to make a computational simulation that coupled cell membrane ‘growth’ to protein motion as well as model a few other hypotheses that we considered after discussions with them,” says Vavylonis, a theoretical physicist.

This multidisciplinary collaboration combined modeling and experiments to describe a previously-unknown biological process. The teams discovered and characterized a new mechanism that a simple yeast cell uses to acquire its shape.  They describe these results in a paper called “Cell patterning by secretion-induced plasma membrane flows” in the latest issue of Science Advances (DOI: 10.1126/sciadv.abg6718).

When cells move or grow, they must add new membrane to those growth regions, says Vavylonis. The process of membrane delivery is called exocytosis. Cells also must deliver this membrane to a specific location in order to maintain a sense of direction―called “polarization”―or grow in a coordinated manner. 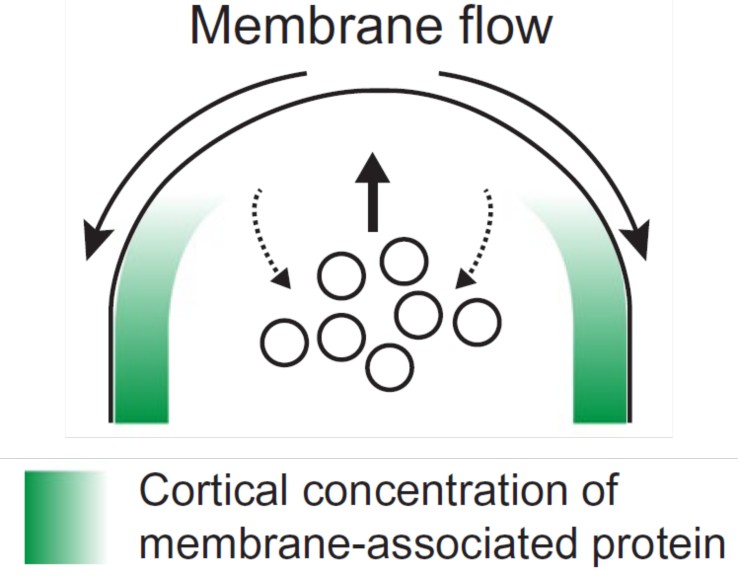 Image depicting the influence of membrane flow on the distribution of cell membrane–associated proteins. Proteins (green) with low mobility couple to the flows and are depleted from the secretion zone. (Lehigh University and University of Lausanne)

“We demonstrated that these processes are coupled: local excess of exocytosis causes some of the proteins attached to the membrane to move (‘flow’) away from the growth region,” says Vavylonis. “These proteins that move away mark the non-growing cell region, thus establishing a self-sustaining pattern, which gives rise to the tubular shape of these yeast cells.”

This is the first time that this mechanism for cell patterning―the process by which cells acquire spatial nonuniformities on their surfaces―has been identified.

The Vavylonis team’s simulations, spearheaded by Postdoctoral Associate David Rutkowski, led to experimental tests which the Martin group then performed. Vavylonis and Rutkowski analyzed the results of the experiments to confirm that the distribution of proteins they noticed in their simulations matched the data gleaned from the experiments on live cells.

The team says that the work could be of particular interest to researchers investigating processes that relate to cell growth and membrane traffic such as neurobiologists and those studying cancer cell processes.

“Our work shows that patterns in biological systems are generally not static,” says Rutkowski. “Patterns establish themselves through physical processes involving continuous flow and turnover.”

“We were able to provide support for the model of patterning by membrane-flow,” said Vavylonis. “In the end, the Martin group was able to use this knowledge to engineer cells whose shape can be controlled by light.”