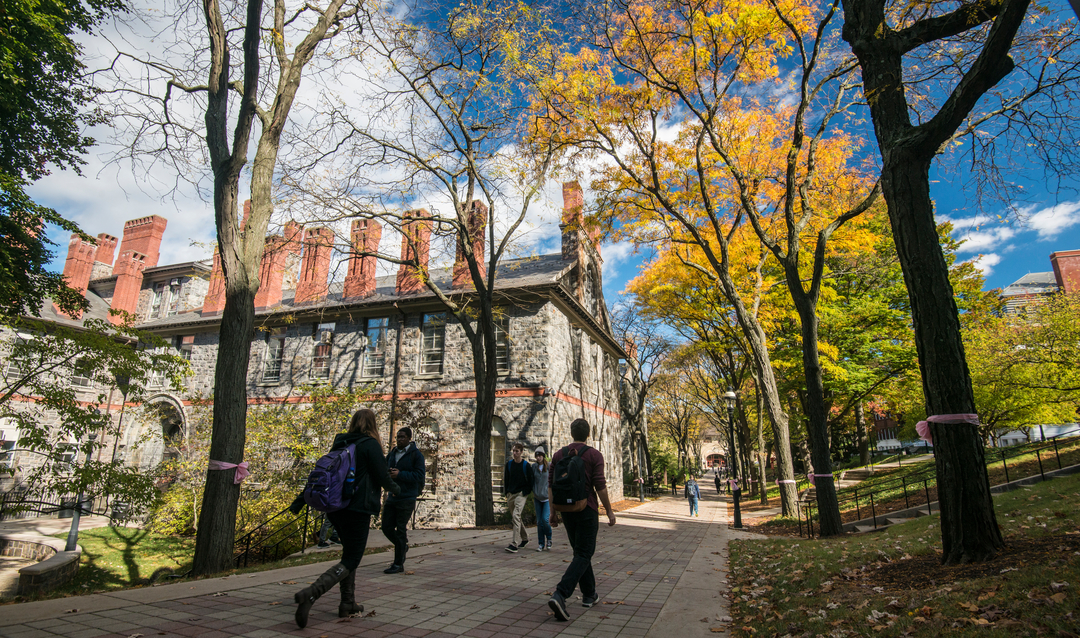 The Lehigh community on Wednesday celebrated the reopening of the historic Chandler-Ullmann Hall following a $31 million renovation project that created new classrooms, faculty offices, study rooms and student zones in the heart of the Asa Packer campus.

At an open house attended by administrators, faculty, students and staff, Provost Patrick V. Farrell noted that the building’s reopening was another significant step in the university’s Path to Prominence—an ambitious plan to redefine the Lehigh student experience, enhance its historic core, expand its academic footprint and strengthen its research enterprise. 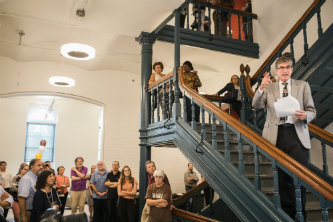 “For those who are keeping score, this is about four,” Farrell said, referencing the number of completed projects as the initiatives continue.

In recent weeks, the Lehigh community also has celebrated the opening of the new SouthSide Commons residential living facility, the new Lehigh Dining cafe in the E. W. Fairchild-Martindale Library and the newly relocated offices of The Center for Career & Professional Development in Maginnes Hall. Several other major building projects that are central to the plan include the Health, Science & Technology Building and the New Residential Houses, both of which are now under construction, and a planned renovation of the Clayton University Center at Packer Hall.

“These projects actually take quite a bit of time and patience from the part of facilities, the architects and builders, not the least to mention, the departments involved,” said Farrell, noting that departments had to be moved or temporarily relocated during Chandler-Ullmann Hall’s 14-month renovation.

The building now houses the departments of math and psychology.

Built from sandstone in 1884, Chandler-Ullmann Hall was considered one of the most technologically advanced buildings of its time. Farrell, who presented the history of the building to those gathered for the celebration, noted the building won a design prize at the Paris Exposition of 1889, which also featured the Eiffel Tower. In 1994, the building’s lab section was designated a National Historic Chemical Landmark by the American Chemical Society.

The building is named, in part, for William H. Chandler, professor of chemistry at Lehigh from 1871 to 1905 and twice an acting Lehigh president. Chandler helped plan the original building with prominent Philadelphia architect Addison Hutton. The building’s west wing was extended in 1921, and the east wing—named for Harry M. Ullmann, who chaired the chemistry department from 1914 to 1938—was added in 1938. The chemistry department moved out of the building following the completion of the Seeley G. Mudd Building. 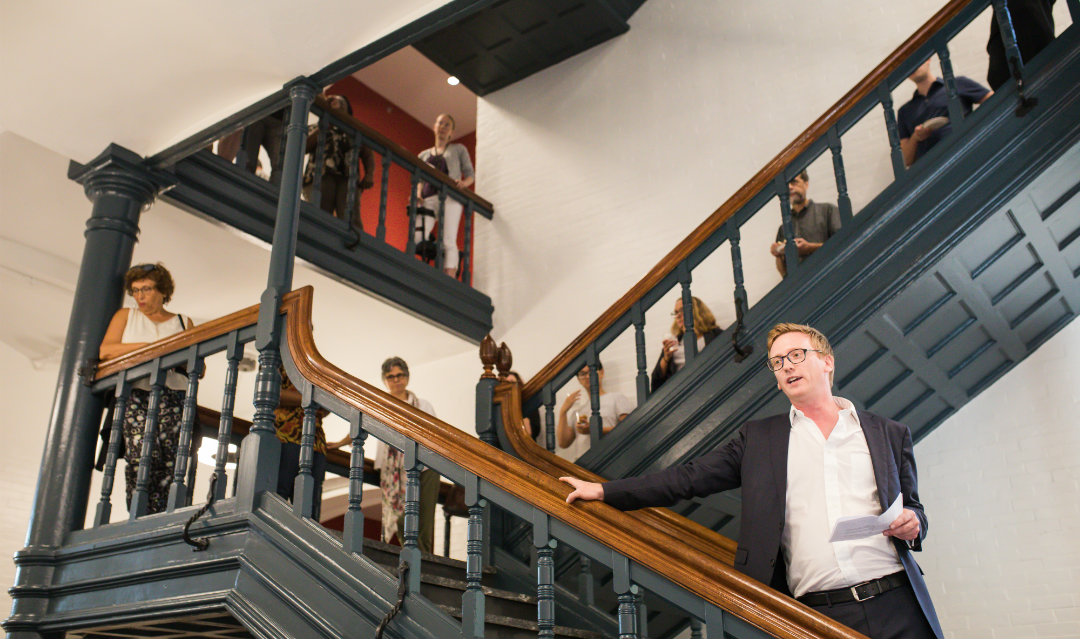 Dominic Packer, associate dean for research and graduate programs in the College of Arts and Sciences, says the interior layout of the building, prior to the renovation, had been 'confusing.'

At the Chandler-Ullmann open house, Dominic Packer, associate dean for research and graduate programs in the College of Arts and Sciences, addressed the need for the extensive renovation, which was undertaken by CVM Engineers, MGA Architects and Turner Construction. While the building’s exterior was—and remains—beautiful, he said, the interior had been haphazardly renovated over the years, resulting in floor layouts that he called “confusing.”

“The renovation of the building was a long time coming,” Packer said, “and entailed a huge amount of planning and effort and work by all sorts of people." 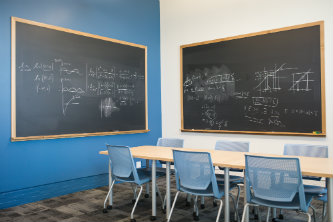 As part of the renovation, two large classrooms were demolished, including a sloped lecture hall that divided the first floor of the building. The area was infilled with a new steel structure, providing a continuous floor plan for the ground, first and second floors.

Another notable improvement was the addition of an elevator, which serves all floors. Other renovations included new plumbing, electrical and mechanical systems, central air-conditioning and sprinklers. Windows were replaced and the original exterior doors were refurbished.

The department of art, architecture and design, which had been located in the building, has moved to newly renovated space in Building C on the Mountaintop campus. 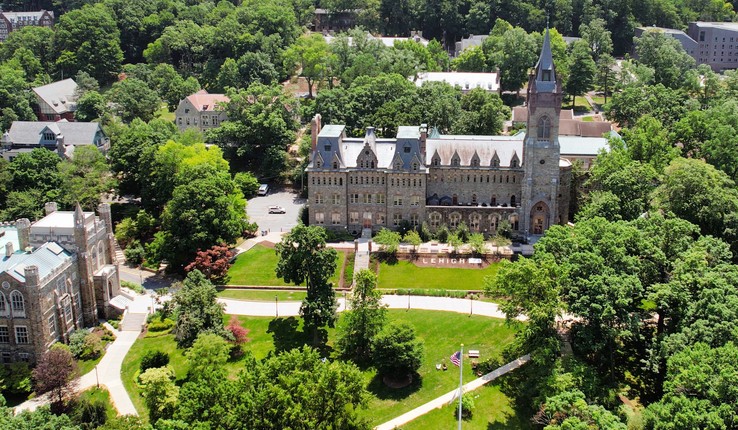