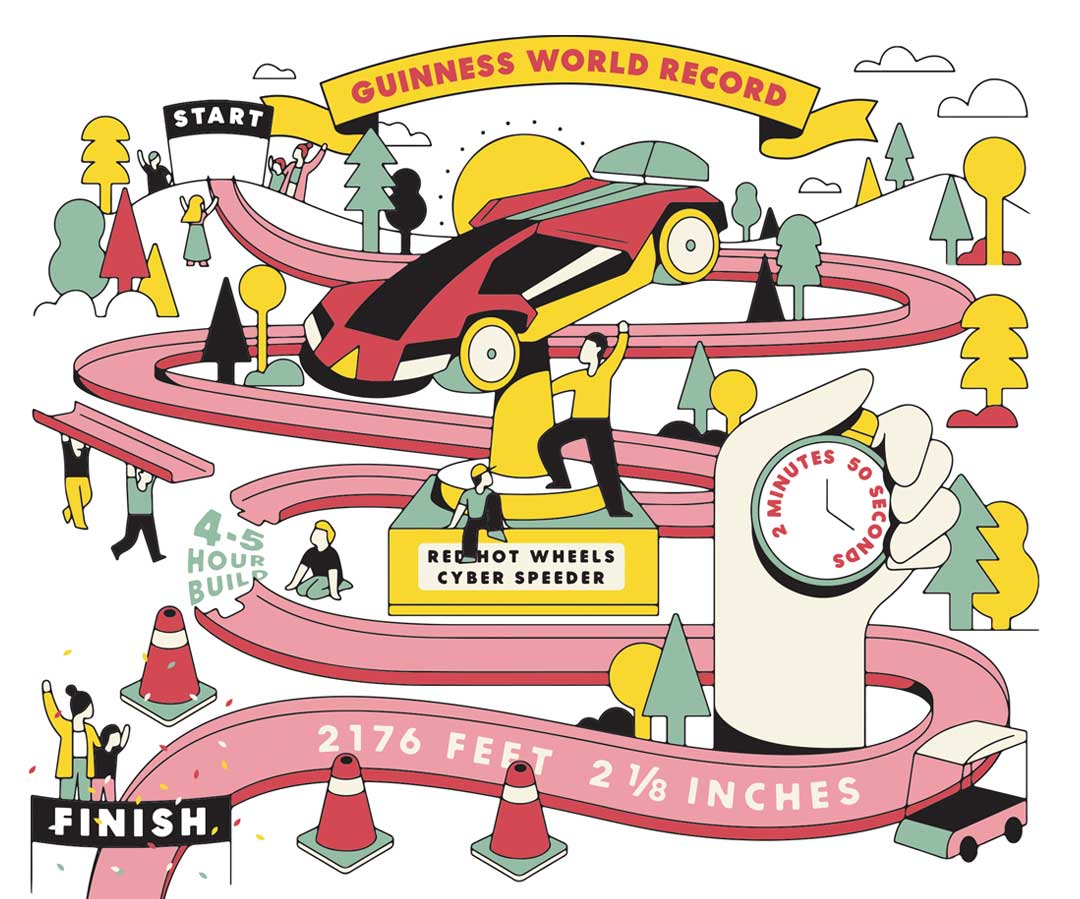 Alumni John Knecht’s 5-year-old son Jack loves Hot Wheels. When he asked his dad how long of a track they could make to run the cars, Knecht ’08 checked the Guinness Record, which had been set at 1,838 feet. The two decided to try to beat it.

And beat it they did: With Knecht’s civil engineering knowledge and Jack’s developing excitement about engineering, they successfully created a 2,176-foot track with the help of Knecht’s employer, Alfred Benesch & Company.

To accommodate for the project’s large scale, the company hosted workshops at which 40 of its employees’ children assembled track in 11-foot lengths and created 100-foot markers to monitor the car’s progress when it came time for the test.

Besides breaking the record, another goal was to ensure that the kids involved learned from the project. Since Alfred Benesch & Company creates bridges and roadways, it was a natural place to teach the kids about engineering.

Knecht would ask, What's causing the car to go down the hill? (Gravity) What are some things that could go wrong? (The curves could be too tight, the hill could be too steep).

The team had to account for various difficulties of standard engineering, as well as complications unique to the project.  “We found out wind would be a big problem … It blows the track all over the place,” Knecht said. “Also, we found out that … if the day starts out cool, and it heats up pretty quickly, the track actually does expand, and the thermal expansion causes it to buckle. Thermal expansion is something that we need to consider as bridge engineers. It's good to let the kids know that … these internal forces exist in nature.”

Knecht vividly recalls the moment they realized they broke the record. “Everybody ran down to the bottom [of the track] and was just cheering and it was just … a real high,” Knecht said.